Equity markets finished the day lower, weighed down by comments from President Trump who expressed dissatisfaction with the progress made thus far with the trade negotiations with China.  All three major indices posted losses on the day with the Dow declining 0.72%, the S&P shedding 0.31%, and the Nasdaq falling 0.21%.  US Treasurys were mostly flat, as yields/swap rates closed within a basis point from where they opened the trading session, with the 10-year note yield holding near 3.06%.  The US Dollar was also largely unchanged on the day, up 0.1% vs. the Euro (EUR) and down 0.1% vs. the Pound (GBP).  WTI crude oil futures were down 0.2% on the day, closing at $72.13/barrel, albeit still near a three-year high as geopolitical concerns and the potential for sanctions against Venezuela supported prices. 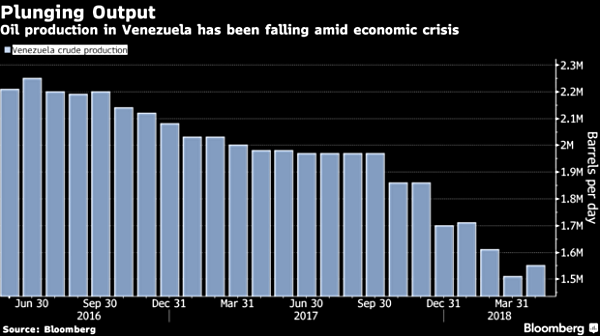 The United States and China took concrete steps in the direction of diffusing the potential economic bomb of a trade war between the two largest economies in the world on Tuesday.  The United States agreed to ease restrictions on the telecom equipment manufacturer ZTE, who had previously pleaded guilty to shipping US goods to Iran.  ZTE relies on American companies for the components it uses and had previously shut down production due to the Commerce Department’s order in April, which stated that American businesses were to cease selling products or services to ZTE for a period of seven years.  In place of this punishment, President Trump has suggested a large fine (more than $1 billion) and a complete overhaul of management.  China for their part had agreed to lower the tariff on foreign made cars from 25% to 15%, which was welcome news in the United States as well as Germany.

Today President Trump publicly acknowledged that the June summit with North Korea may not happen.  While Trump left the door open to the meeting occurring at another time, it was clear that he doesn’t find the June summit as likely.   Trump comments included “that doesn’t mean that it won’t work out over a period of time, but it may not work out for June 12.”  Secretary of State Mike Pompeo held a more positive view in stating that, “we’re working to make sure that there is a common understanding about the contents of what will be discussed. But I’m optimistic.”  North Korea has been particularly riled by the hawkish comments of National security advisor John Bolton, who used the 2003 Libya deal as model for the denuclearization of North Korea. In other news, the Trump administration extended sanctions on Iran to 7 individuals who have been involved in supporting the rebels in Yemen.

Searching for Hawks in the Minutes

Tomorrow financial markets will be queued in on the release of the FOMC’s minutes from its May meeting, where the Committee unanimously voted to hold rates at their current level.  Of particular interest to financial markets will be the comments surrounding consumer price growth, where for the first time in years, Fed members acknowledged the presence of inflationary levels achieving its 2% target.  Currently, the Fed Fund futures market is pricing in a 97% probability of a quarter point rate hike by the FOMC at its next meeting in June.