There was a lot to digest in today’s release of the September nonfarm payrolls report.  At first glance, the headline number appeared to disappoint, as the 134,000 print came in well below the 185,000 consensus estimate.  However, the market took the number in stride, instead focusing on the drop in unemployment rate to 3.7% (the lowest since 1969), and the 0.3% growth in average hourly earnings.  Hurricane Florence likely affected the headline number, and when you factor in the 69k upward revision to the August figures, the report was clearly net-net positive.  The report supports the notion that the Fed will increase interest rates for a fourth time this year following the December FOMC meeting. 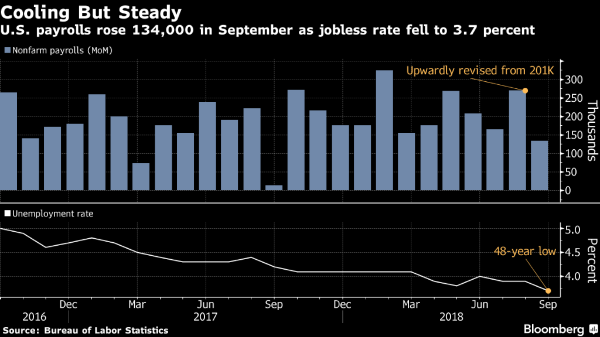 Fed Chair Williams on the Tape

In an interview with Bloomberg TV, Federal Reserve Bank of New York President John Williams downplayed inflationary concerns and described the bond market’s recent sell off as simply a reaction to strong US jobs data and economic momentum.  Williams mentioned the concept of a “neutral” level of rates several times, and said the Fed still has “a ways to go” to reach it.  Regarding the neutral rate, he said it’s only one “piece of the puzzle” that the Fed will be evaluating along with “wage growth, inflation, job growth, GDP growth, etc.”  Williams generally sounded bullish on the economy, forecasting growth at or above 3% in 2018 and 2.5% in 2019.  He also said the yield curve doesn’t indicate we’re at a risk of recession from his perspective.

All three major US equity indices fell yet again today, dragged down by rising Treasury yields off the back of today’s NFP and ongoing trade fears with China.  The tech-heavy NASDAQ underperformed the other benchmarks, suffering its worst two day run since March, largely due to weakness from the “FAANG” stocks.  Treasury yields sold off in a bear-steepening pattern, rising 2-6 bps across all major maturities.  Heavy corporate issuance this week likely contributed to the steep sell off, and another $17 billion of investment grade issuance is on tap for next week’s holiday-shortened session.  The U.S. bond market is closed Monday in honor of Columbus/Discoverer’s/Indigenous Peoples Day.

Have a great weekend. 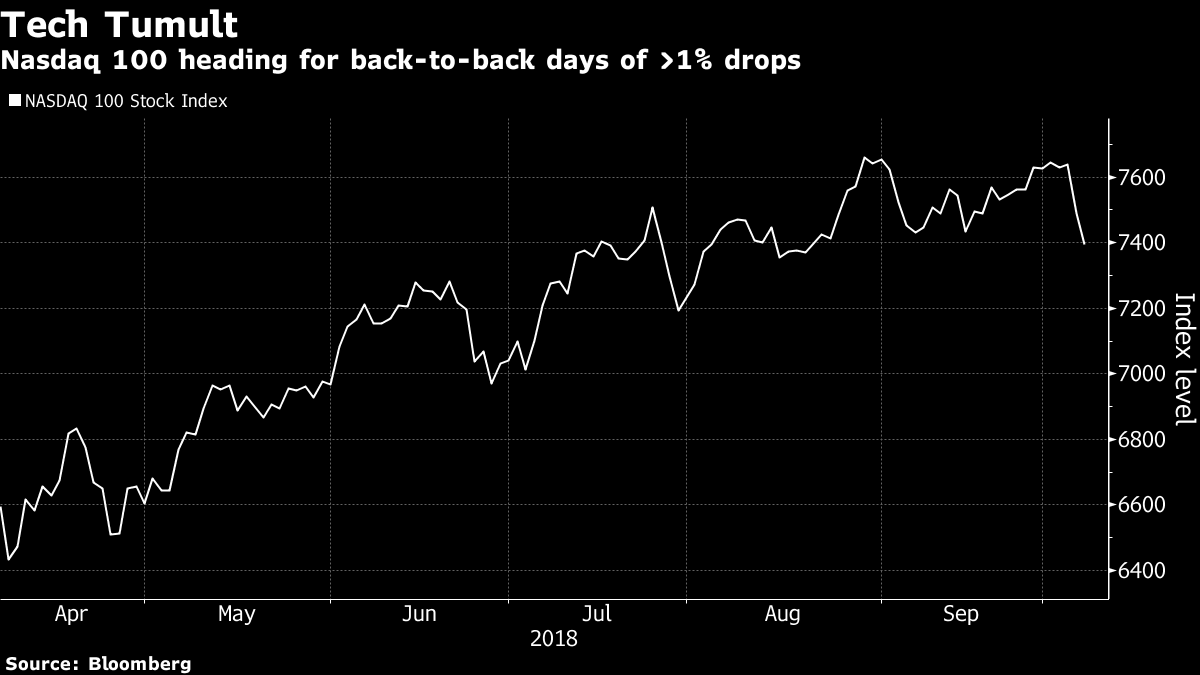