May on Borrowed Time

UK Prime Minister Theresa May addressed an unruly House of Commons today, announcing that she will delay a planned vote on the current Brexit deal due to lack of current support, pushing the British pound down 1.3%. May acknowledged she was facing defeat by a “significant margin” and will instead hope to negotiate a better deal. The new deal will need to appease the conservative eurosceptics who believe the current deal doesn’t do enough to ensure free trade can continue along the UK-Ireland border, while still being palatable to the EU. The delay, coupled with a lack of confidence in May’s ability to negotiate a better agreement, could mean a leadership change in the UK before long. Either way, Brexit will remain one of the top contributors to volatility and risk in markets until a way forward becomes clear. 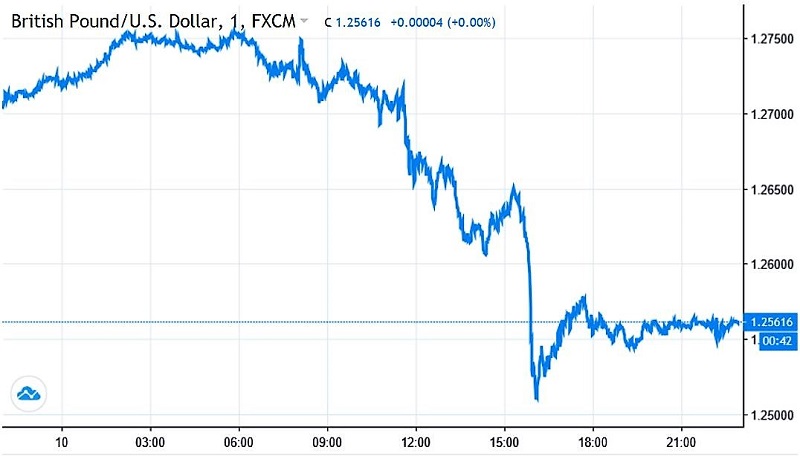 The choppiness and volatility from last week continued with the S&P 500 sliding to an eight-month low before bouncing back and closing  0.2% higher. The initial sell-off was led by Apple — the stock falling after a Chinese court temporarily banned sales of several older iPhone models, as part of the company’s ongoing legal battle with chipmaker Qualcomm. While the legal dispute between Apple and Qualcomm has been ongoing for months now, the court’s decision today certainly won’t lessen the continued trade tension between the US and China. 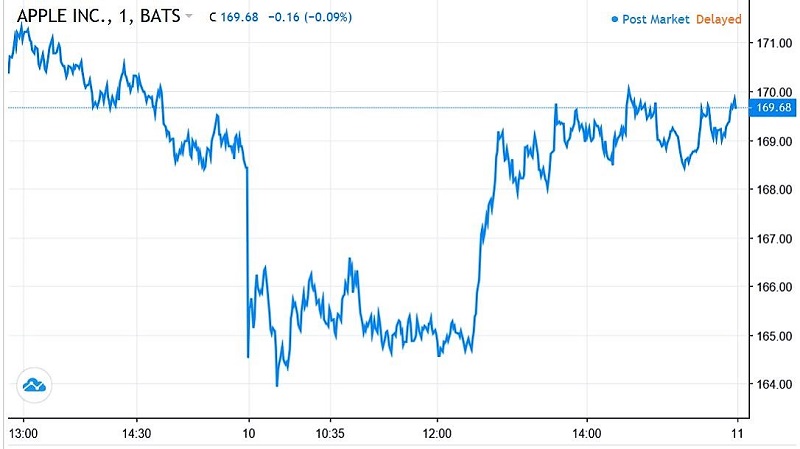 The geopolitical uncertainty continues to make its mark on US bond markets, where the yield on the 10-year note remained near 2.85% during today’s session. The 2s10s Treasury yield spread narrowed slightly to just inside 13bps, while the difference between 2- and 10-year benchmark swap rates narrowed to a mere 2bps.  Looking into 2019, the market assessment of the likelihood of additional rate hikes by the Fed has diminished, with Fed fund futures only pricing in a 45% chance of an increase after the one expected at next week’s Fed meeting.  Producer price data (+2.5% YoY expected) due out tomorrow, and consumer price data (+2.2% YoY expected) scheduled for release on Wednesday, will be important domestic metrics, especially after the core PCE price index was recorded at a meager +1.8% YoY two weeks ago. 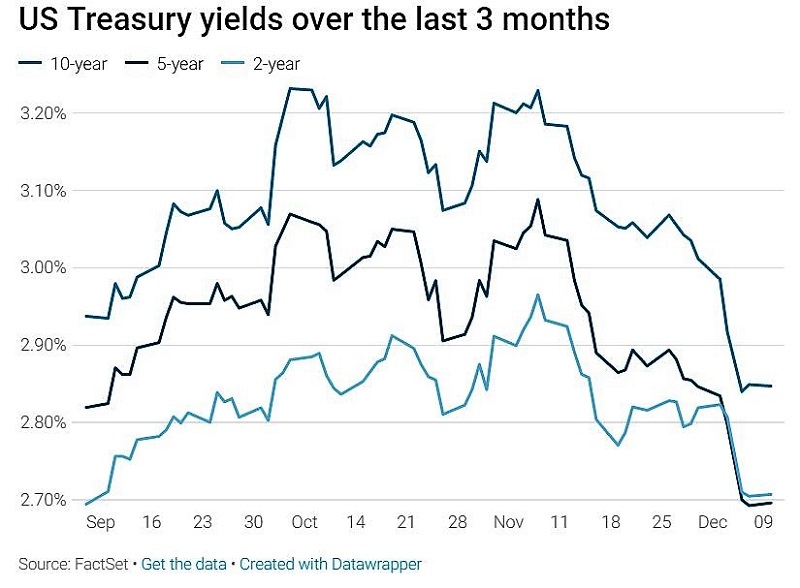