To Hike or Not to Hike

Tomorrow afternoon global financial markets will devote their attention to the announcement of the Fed’s monetary policy decision and subsequent release of the Committee’s dot plot.  While Fed Funds futures continue to price a higher likelihood of a rate hike than not, today several market pundits publicly communicated their support for the Fed to hold rates steady, a sentiment that was supported yet again by President Trump:

I hope the people over at the Fed will read today’s Wall Street Journal Editorial before they make yet another mistake. Also, don’t let the market become any more illiquid than it already is. Stop with the 50 B’s. Feel the market, don’t just go by meaningless numbers. Good luck!

The Fed’s updated dot plot is expected to indicate fewer quarter-point hikes than September’s release, which communicated a median of 3-4 hikes during 2019. 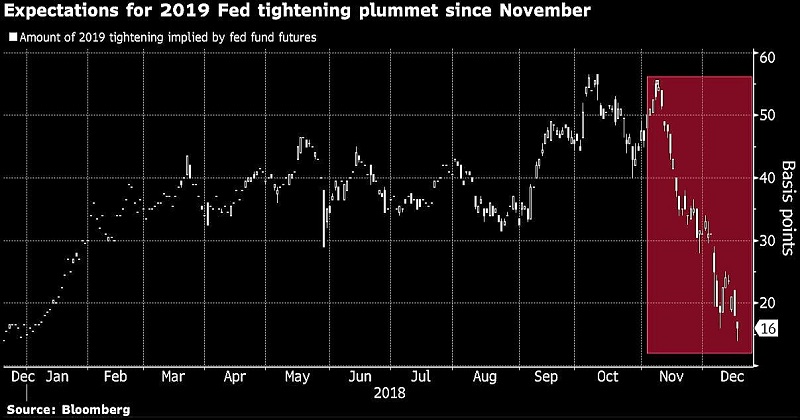 US crude hit its lowest level in over a year, pulling energy stocks lower with it as markets continued to worry about both diminishing global demand and oversupply. In particular, markets remain concerned about the increase in U.S. shale-oil production- forecasted to reach 8.2 million barrels a day by January. 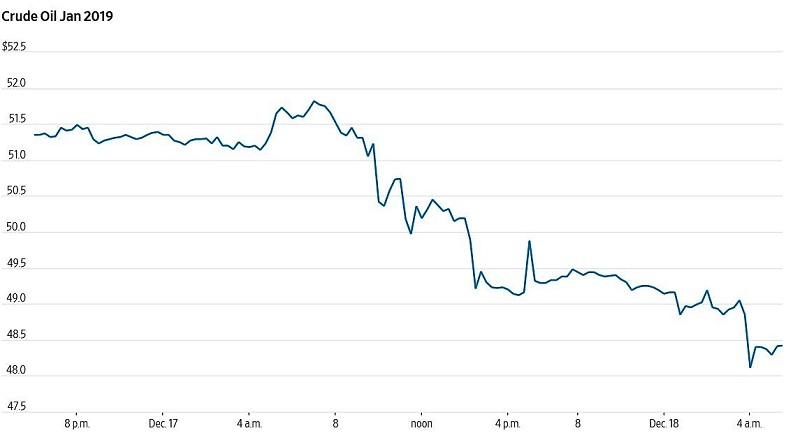 US Equities Flat On the Day, Rates Lower

An extremely choppy session in both rates and equities preceded tomorrow’s monetary policy decision. Both the S&P 500 and the Dow Jones Industrial Average started the day by rising as much as 1.1% before falling and ending the day barely changed. Swap rates and Treasury yields fell as much as 4 basis points, setting up the potential for another volatile session tomorrow. 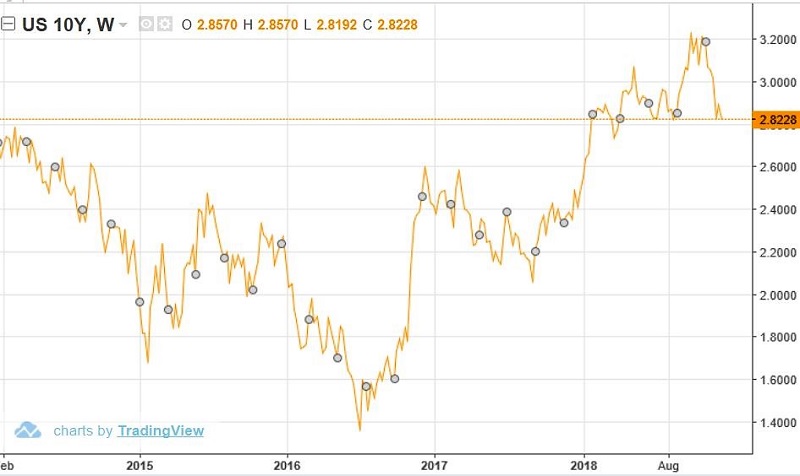