The US Treasury Secretary, Steve Mnuchin, told Fox News he was optimistic a deal with China could be reached to avoid tariffs on $50 billion of US exports. Mnuchin stated that China must lower tariffs on American goods and stop forced technology transfers for US companies entering the Chinese market. While negotiations are ongoing, and Mnuchin remains “cautiously hopeful”, the administration will proceed with the announced new tariffs if a resolution cannot be reached.  Also announced today on the tariff front, a deal was struck with South Korea on global steel and aluminum trade. 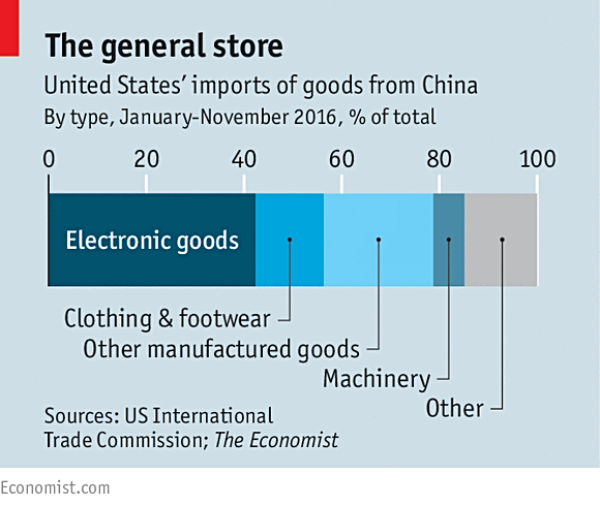 John Williams, currently president of the San Francisco Federal Reserve Bank, has been named to the shortlist to replace Bill Dudley (set to retire mid-year) as head of the New York Fed.  The Wall Street Journal reported over the weekend that Williams is the frontrunner for the position.  Williams is seen as moderate to slightly hawkish on policy and would be perceived as a strong ally to current chair Jay Powell.  Williams has spent the vast majority of his career working for the Fed.  Next to FOMC Chair, the New York position is arguably the most powerful Fed positions given its oversight of the Wall Street banks and its permanent voting position on the FOMC.  Williams replaced former Chair Yellen as President of the San Francisco Fed when she took over the Fed under President Obama.  This is not a certainty as there has been some backlash to this potential nomination on diversity grounds, most notably from Senator Cory Booker (D-NJ).

As expected, the Senate bill rolling back some of the Dodd-Frank provisions has stalled in the House. House Speaker Paul Ryan has intentionally kept the bill from a house vote with a request to the Senate to add many other reforms that the House requested in the past.  Supporters of the bill are anxious to move it forward to President Trump’s desk as is, arguing that it will alleviate many of the burdens on community and regional banks.  Adversaries, including House Financial Services Committee Chairman, Jeb Hensarling, believe the bill does not do enough to support the smaller banks and want to negotiate changes.  Arguing about the Senate bill could result in reduced support from moderate Democrats and there is concern that engaging in a time-consuming debate will ultimately cause the entire bill to fail.  At this point, it appears that both sides will remain in a stalemate unless more conservative House Republicans agree to leave the Senate bill as written.

On the news that the Trump administration may be moderating its hard line stance on trade, the equity markets rebounded to recoup some of the losses from last week’s rout.  All three major indices closed the session higher, with the DJIA up (2.5%), the S&P up (2.3%) and the Nasdaq up (2.7%), the biggest one day gain since November 2016.  After a huge slide last week, Facebook bucked the positive trend today as the Federal Trade Commission announced it is opening a non-public investigation into their privacy policies.  The US Dollar declined to its lowest level in the past five weeks against major currencies.  US Treasuries sold off with rates 1-4 basis points higher across the curve with the belly being hit hardest.  Finally, varying levels of tension in the Middle East continue to impact the crude market, with WTI futures closing down (0.5%) at $65.57 a barrel. 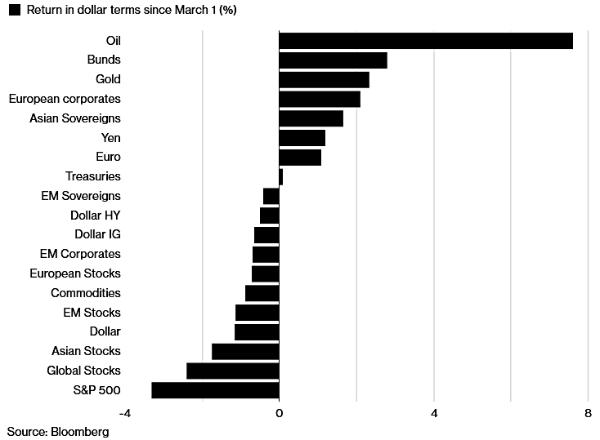