Arrest of Huawei CFO Sparks Sell Off on Trade Fears

The surprise arrest of Huawei Technologies CFO Meng Wanzhou sent markets into a tailspin as investors considered the implications of the arrest on the trade war truce reached between the US and China. The arrest could not have come at a worse time for markets after an extremely volatile Tuesday session in the US, and a correlated sell-off among world stocks yesterday. There was a silver lining however- both the Dow Jones Industrial Average and the S&P 500 staged a late rally and closed down only .32% and .15% respectively after being down as much as 3% earlier in the day. 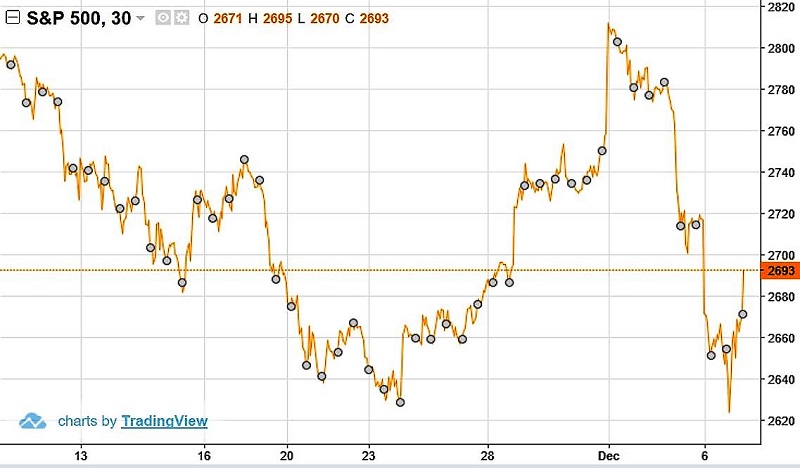 Treasury yields fell as a risk-off mood gripped markets- continuing the price action that dominated earlier in the week. Swap rates fell as well, 10 year bullet swap rates now sit six basis points lower than where they started the week- closing today at 2.967%. Despite the continuing fall in rates, concerns around an inverted yield curve were somewhat assuaged as the spread between 10 year and 2 year rates extended out to 13.5 basis points. 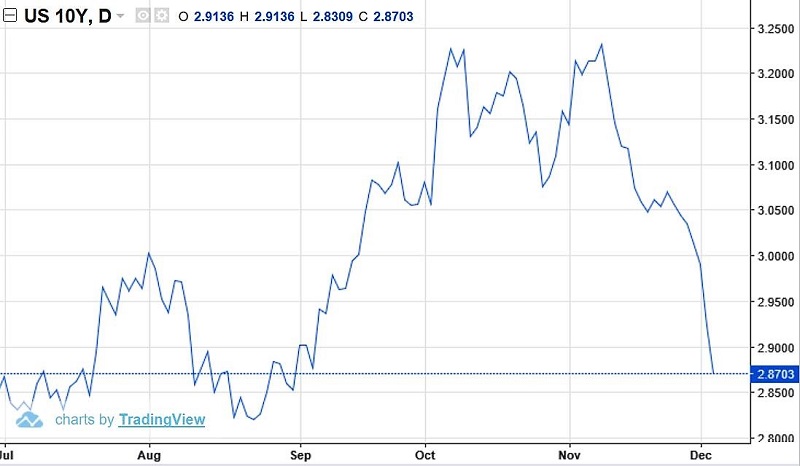 Payroll Friday on the Horizon

Tomorrow’s employment report from the Labor Department will be closely monitored by investors as they look to forecast the health of the US economy, and the future path of Fed hikes. Median forecasts currently point towards a 198k payroll addition during November after a robust 250k increase in October.  Separately, the unemployment rate is expected to hold steady at the 49-year low of 3.7%.  Any substantial deviation from those projections would undoubtedly extend the extreme volatility that has gripped global markets over the past week.  Often a leading indicator for the comprehensive jobs release, today the ADP national employment report displayed 179,000 new hires by private employers in the US during November, missing expectations of +195,000.