US Escalates Tensions with China After Arresting Two Chinese Nationals

The US Justice Department officially brought criminal charges to two Chinese hackers – the latest in a series of hawkish moves by the US administration. The charges come weeks after the U.S. antagonized China by asking Canada to arrest Huawei CFO Meng Wanzhou, and come as the U.S. and China continue to negotiate trade tariffs. The escalation couldn’t have come at a worse time for markets, as most risk assets sit a full 40% below their October highs. 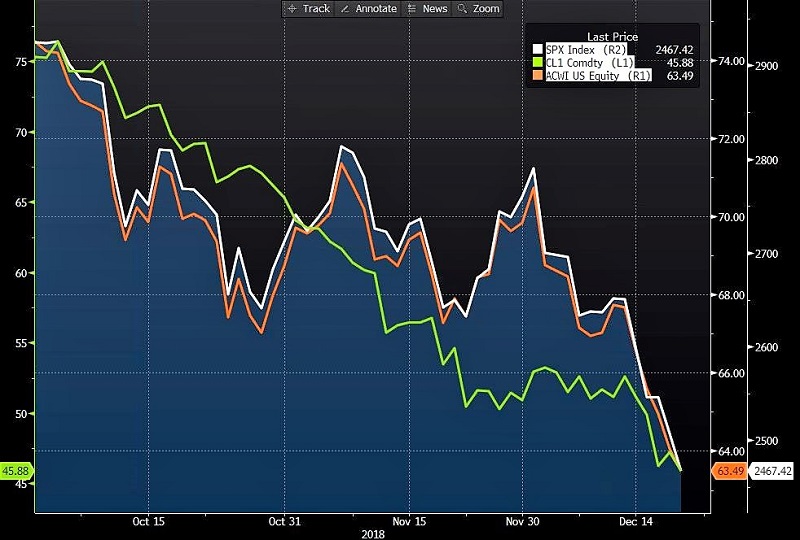 Equity markets resumed their slide today after US President Donald Trump told Congress he would not approve a bill to fund the government through February 2019, setting up a showdown with Democrats over the funding of the border wall with Mexico. Budget impasses are nothing new for markets, but this showdown joins a growing list of potential impediments to economic expansion as investors start to look to 2019. The S&P 500 and Nasdaq Composite slid 1.58% and 1.63% respectively- the S&P 500 having its worst year since the 2008 financial crisis. 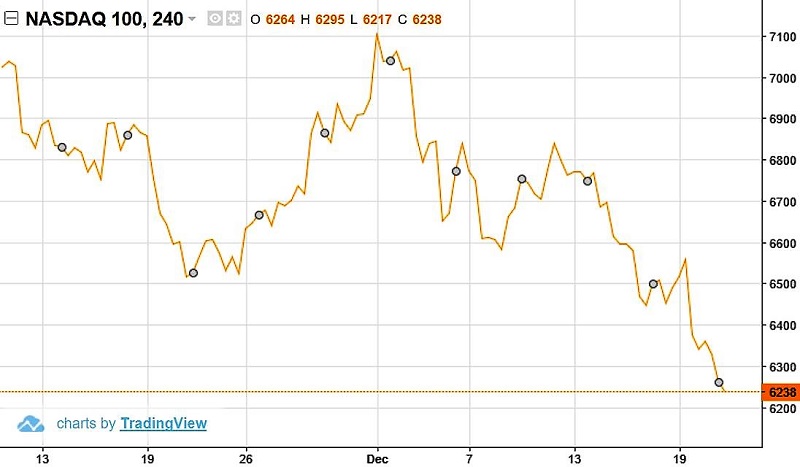 Treasury yields bounced back across the curve, with 10 year yields fully retracing yesterday’s decline and closing 5 basis points higher to 2.81%.  Fed Funds futures are now pricing in a 50% likelihood of a single rate hike next year, despite Jerome Powell’s clear communication that the Federal Reserve plans to raise rates twice in 2019. Regardless of the outcome, the disparity between the Fed’s view and that of the market means there will be ample volatility in interest rates to come. 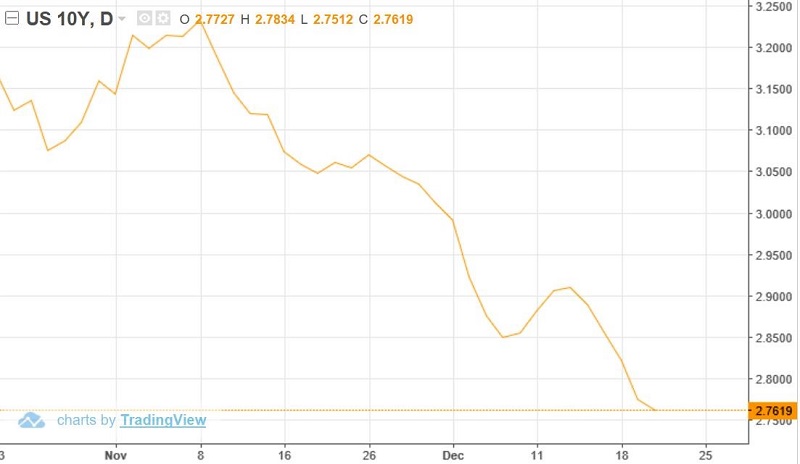