Stocks Back in the Red

Today US equity markets finished with losses for the third time in the past four trading sessions.  The tech sector fared the worst, with the Nasdaq finishing down 0.88%, while the S&P 500 and DJIA had more limited losses at -0.59% and -0.35%, respectively.  US Treasurys held within a tight range throughout the day, as the 10-year note yield closed near unchanged at 3.155%.  In commodity markets, WTI crude oil futures settled 0.62% higher to $71.78/barrel as heightened Saudi Arabian political tensions outweighed concerns regarding long-term demand reduction. 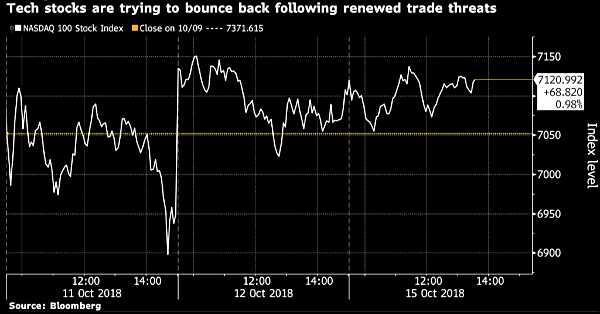 The potential for further conflict between western nations and Saudi Arabia rose today after it was reported that the Saudi government may be releasing a statement pinning the death of Washington Post journalist Jamal Khashoggi to an improper interrogation conducted by rogue operatives.  President Trump has called for an investigation into the matter and dispatched Secretary of State Mike Pompeo to Saudi Arabia with the direction “to leave nothing uncovered”.  The incident has already prompted several CEO’s from large US firms to withdraw from the international business conference (Davos in the Desert) scheduled to take place in Saudi Arabia later this month. 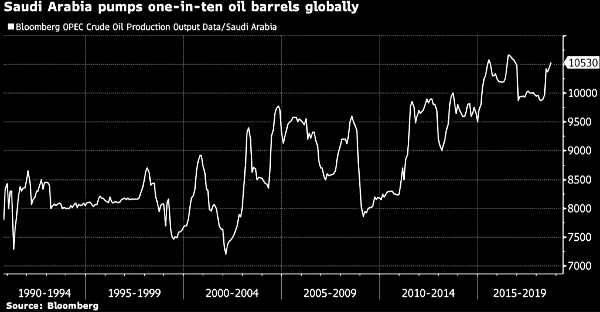 This afternoon the US Treasury Department reported a $119 billion surplus in the final month of the government’s fiscal year.  However when observing 2018 as a whole, the federal deficit widened to $779 billion – a 17% increase from 2017 and represents the widest gap in the past six years.  Overall, increased government funding for the military and rising interest costs on national debt exceeded revenues, which were negatively impacted by the Trump administration’s tax cuts.  The figures shed light on President Trump’s recent stance against the Fed’s policies, in which he criticized the Committee for continuing to hike benchmark borrowing rates despite inflationary pressures remaining at bay. 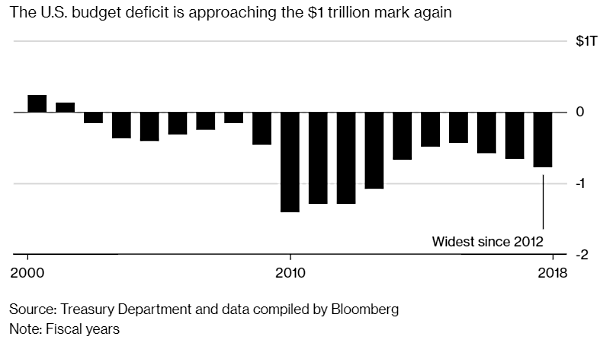 US retailers experienced another month of tepid sales during September.  A report from the Commerce Department released this morning revealed a soft 0.1% rise in the month, missing expectations of a 0.6% MoM increase.  Much of the weakness was attributed to a 1.8% decline at bars and restaurants, which several economists attribute to the negative impact from Hurricane Florence, that touched down along the east coast in mid-September.  On the positive side, the hurricane assisted in boosting sales at auto-dealerships (+0.8%), as many of those affected by the storm looked to replace damaged vehicles.

In other news within the retail sector, this morning Sears Holdings Corp filed for Chapter 11 bankruptcy after 125 years in business.  The once industry titan has failed to turn a profit in each of the past eight years, as it struggled to effectively adapt to the rapid shift towards online-shopping.  Along with the bankruptcy filing, the company announced that it would be closing 142 of its 700 stores by year-end.