The announcement of a 90-day truce in the trade war between the US and China over the weekend unsurprisingly led to a global equity market rally today. The CSI 300 index of major Chinese stocks closed up 2.8% while the S&P 500 closed up 1.09%. The “truce” may be short-lived though – no actual deal has been reached, and President Trump’s appointment of Robert Lighthizer (a China hard-liner) to lead negotiations could foretell a protracted battle over the terms of a new actual trade deal. 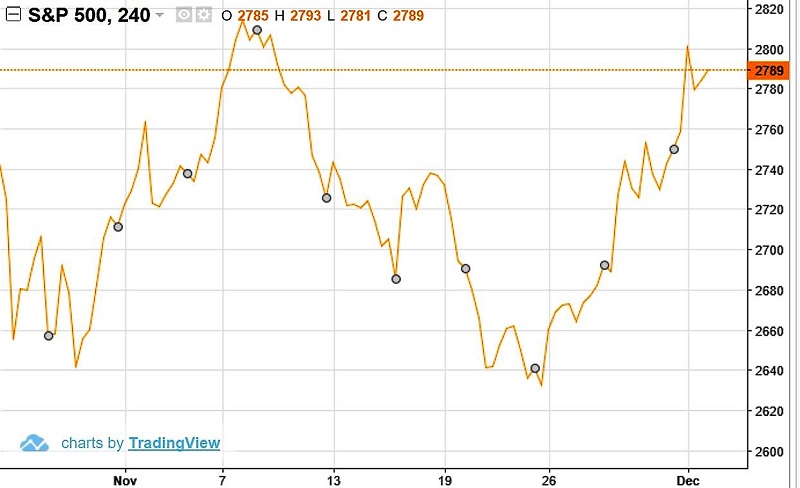 Swap rates and Treasury yields shot up on the market open- at one point trading five basis points higher on the day. Rates moved lower from there though, as markets continued to digest the meaningfulness (or lack thereof) of the trade truce with China. After the strong open, 10-year swap rates ultimately ended the day flat. U.S. factory and manufacturing data was mixed, and China reported its slowest quarterly growth figure in nearly ten years- a notable slowdown in the world’s 2nd largest economy.

Russia and Saudi Arabia agreed to extend a cooperation pact and curb oil market output. That news, coupled with a surprise  Canadian output cut led to a 4.8% increase in the price US crude oil today. Those announcements come ahead of the OPEC meeting later this week where investors will look for details around the projected cuts. Meanwhile, Qatar announced it plans to quit OPEC next year, ending a nearly 60 year membership. While Qatar is one of the smallest producers in the oil cartel, its departure is emblematic of the shrinking influence of the organization, and the growing influence of non-OPEC countries like Russia and the United States. 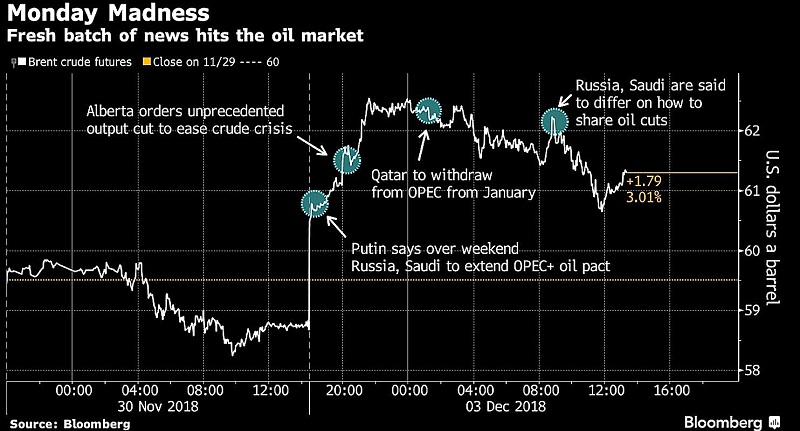