Equities ended a wild week with another exciting session, climbing as much as 1.5% in intraday trading before reversing course late in the day to close modestly lower. The Dow Jones Industrial Average closed down 0.3% while the S&P 500 closed down 0.1%. On a positive note, all three US indices ended a three week losing streak by closing up at least 3% on a holiday-shortened week. The VIX or Fear Index remains elevated at 28.68, and the VIX curve (which typically can be used to estimate near-term investor concern) remains inverted as investors pay a premium for short-dated protection: 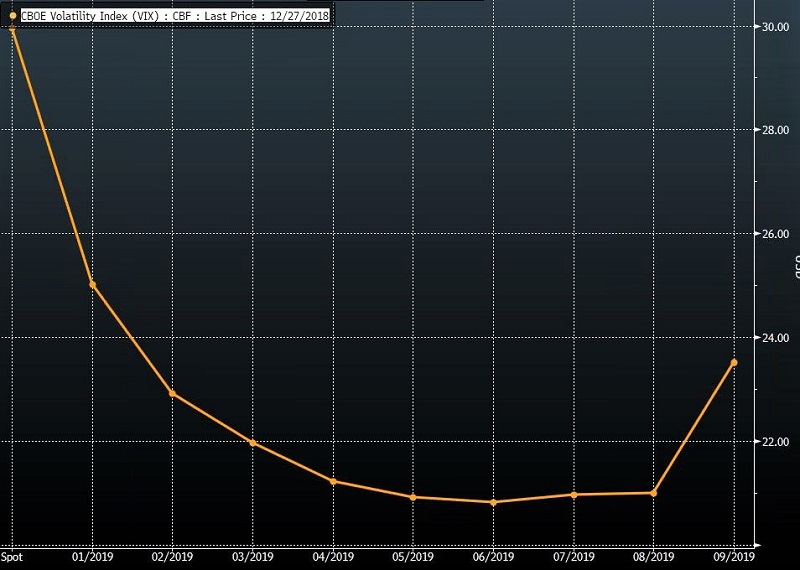 The government shutdown was felt in more ways than one as markets weren’t able to get trade or inventory data normally provided by the US Bureau of Economic Analysis. Of the economic data released-, U.S. Pending Home Sales posted a surprise drop, showing a continued deceleration in the housing market. Treasury yields and swap rates moved decisively lower as ten year treasury yields fell 6 bp to 2.71%–the lowest level since February- three full Fed hikes ago. 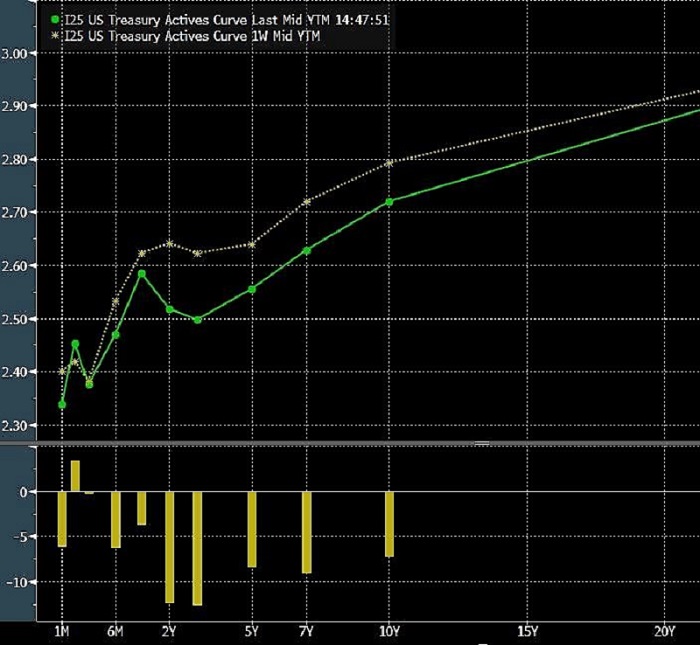 Crude Oil rebounded (+1.6%) as inventories grew less than expected. Volume was 20% lower than average, with most investors on the sidelines as they wait for the results of OPEC+ production cuts in January. The group is expected to cut output by a collective 1.2 million barrels/day starting 1/1/2019, providing much needed support to a market that sits 25% lower on the year. 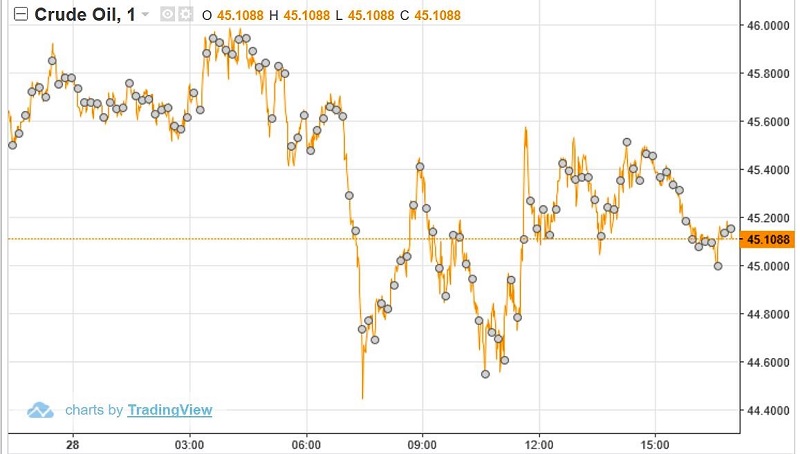