Underwhelming economic data from Europe and China lead to a retreat in US equities ahead of the Federal Reserve’s monetary policy decision next week, where the likelihood of a quarter-point hike is currently 72%, as per Fed Funds futures. The equity declines were led by technology stocks- a sector uniquely exposed to China. The S&P 500 technology sector ultimately closed 2.06% lower on the day. The S&P 500, Nasdaq Composite and Dow Jones Industrial Average are now all 10% below their most recent highs and officially in what is termed as “correction territory”: 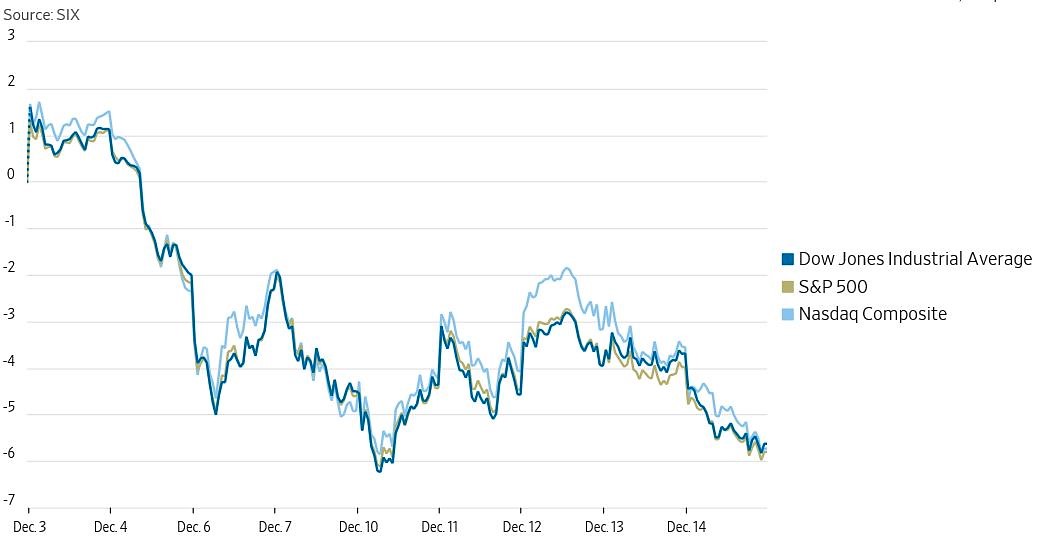 Treasury yields and swap rates started the day lower and never looked back, reacting immediately to the historically weak retail sales out of China- ultimately closing down 2-3 basis points across the curve. The remarkable move down in interest rates over the past few weeks leaves the spread between 10 year and 2 year Treasury yields near cycle lows at 15 basis points: 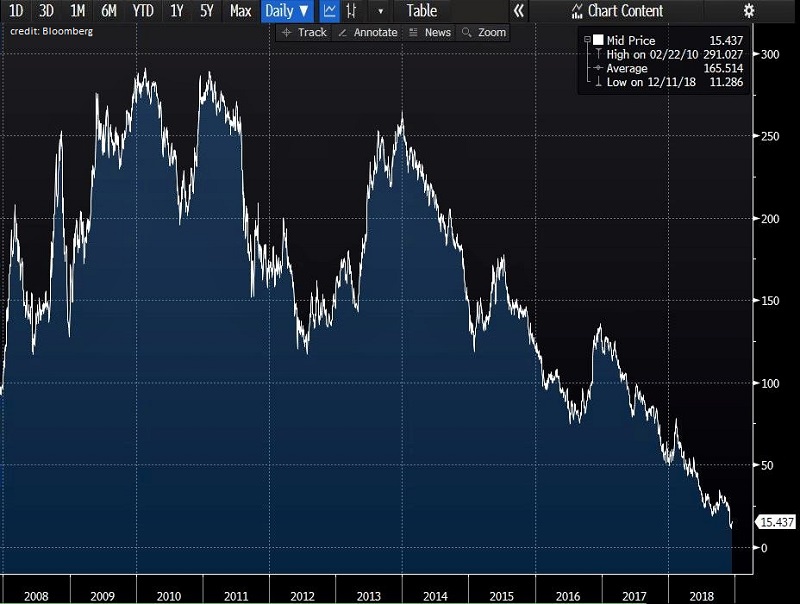 SEC Chairman Jay Clayton and CFTC Chairman J. Christopher Giancarlo issued a joint statement on the IDI exception to the swap dealer definition in the Dodd-Frank Act.  In their statement, they expressed their commitment “to engage and take action to better harmonize” regulations under the Dodd-Frank Act.  To achieve this goal, they stated they will “provide market participants with additional clarity regarding the treatment of swaps that insured depository institutions (“IDIs”) enter into with customers in connection with originating loans.”

This statement is partly in response to the comments the CFTC received for its June 2018 proposed rule regarding the swap dealer de minimis exception.  The proposed rule raised a number of questions and outstanding issues related to the swap dealer definition and applicable exemptions.  While the CFTC amended the de minimis exception within the “swap dealer” definition in the Commission’s final rule issued November 13, 2018 by setting the aggregate gross notional amount threshold for the de minimis exception at $8 billion in swap dealing activity entered into by a person over the preceding 12 months, the Commission failed to adopt modifications to the rule at that time that would have: 1) lengthened the timing requirement for when the swap must be entered into to qualify for the exception; 2) expanded the types of swaps that are eligible for the exception; 3) reduced syndication percentage requirements; 4) eliminated notional amount cap; and 5) provided methodologies to calculate the aggregate gross notional amount for the purposes of determining if an entity exceeds the de minimis threshold, particularly in cases where notional amount is not a contractual term.  At that time, the commission wanted to take into further consideration the various contexts in which IDIs enter into swaps with their loan customers and the relation between those swaps and the larger swap market, as well as solidify its position on the benefits of joint rulemaking with the SEC. The work between the two regulators will add clarity and consistency to the treatment of swaps for IDIs as they add this goal to their respective 2019 policy agendas.

A copy of the joint statement can be found here:  Joint Statement on IDI Exception to the Swap Dealer Definition