Rates Continue to Fall Ahead of FOMC Meeting

Well-known investor and “bond king” Jeffrey Gundlach weighed in on the Federal Reserve’s upcoming rate decision, saying he doesn’t think they should hike rates- joining a growing chorus of voices clamoring for the Fed to avoid a policy mistake by raising rates too quickly. In particular, Gundlach pointed to the continued disparity between Fed’s projections and market rates as a sign the Federal Reserve is out of touch with the market… 10 year OIS rates are a full 100 basis lower than the Federal Reserve’s dot plot. Regardless of the outcome, there will be volatility as the market reconciles the two disparate scenarios — today alone rates fell a full 3-4 basis points across the curve. As the FOMC’s two-day meeting kicks off tomorrow, a quarter-point rate hike to a target range of 2.25%-2.50% continues to be priced with a high likelihood (70.7%). 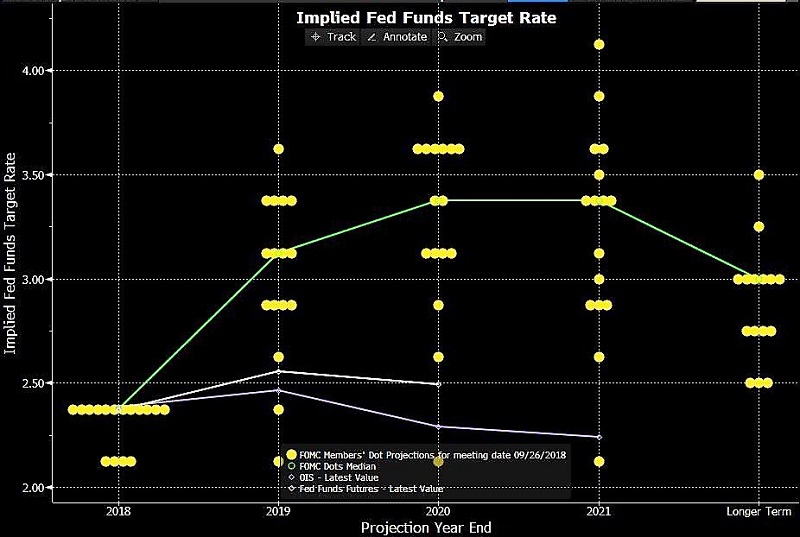 US Stocks Continue to Fall

Continued skepticism about the health of the global economy pulled US stock indices lower, with the S&P 500 (-2.1%) hitting its lowest level in the past 13 months while the Russell 2000 officially entered a bear market (at least 20% below most recent high). Economic data continues to disappoint, the Empire Manufacturing Survey released today showing a 10.9 number, when markets expected a figure of at least 20. Potential catalysts for a rally in equity prices include a dovish surprise from the FOMC on Wednesday or a marked improvement in the consumer price data (PCE index and personal income/spending) set to be released on Friday. 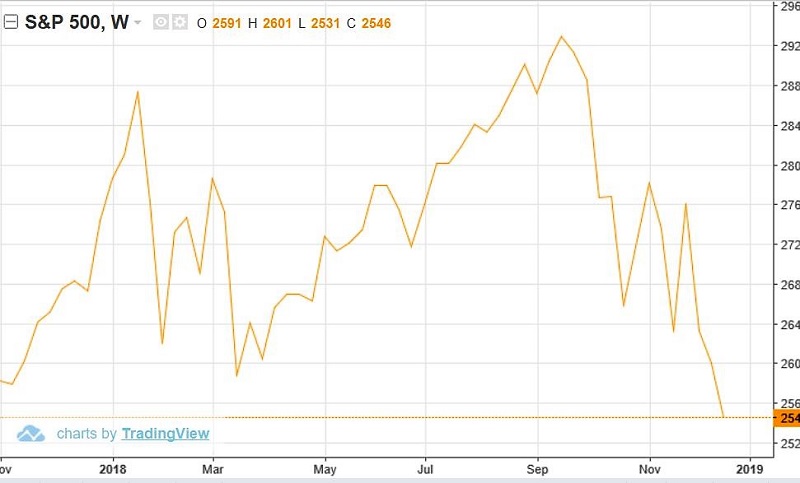 US crude oil resumed its months-long selloff, closing below $50/ barrel at $49.24. While the market took solace in the cuts by OPEC and Russia, the broader concerns about the world economy mean that there are concerns on the demand side as well. Global inventories will need to come down significantly before the market believes the supply cuts will lead to a rally in crude prices. 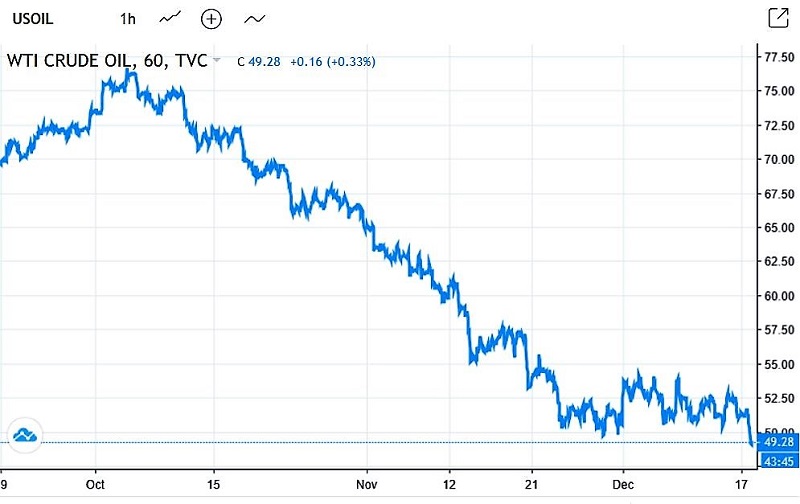