Markets continued to whipsaw today as investors speculated on the uncertain potential outcomes to US-China trade relations/policy. The S&P 500 and Dow Jones Industrial Average both started out the day marginally positive before tumbling and closing down 2.24% and 2.33% respectively. While yesterday’s arrest of Meng Wanzhou, CFO of Chinese company Huawei, certainly kickstarted the sell-off, markets continue to trade against the likelihood of a truce being reached. Peter Navarro, a trade advisor to the President said that Trump would “simply raise” tariffs if no deal is reached during the current 90-day truce. 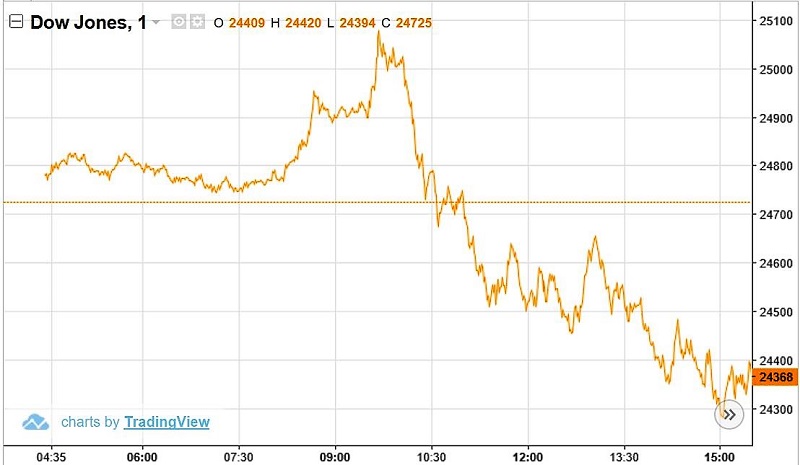 Swap rates extended their drop and the swap curve remained inverted through the seven year tenor. 10 year swap rates fell a full 11 basis points on the week. St. Louis Fed President Jim Bullard added to the rates volatility, suggesting the Fed should delay the forecasted December hike until January for fear of further yield curve inversion. The market still forecasts a 67.4% likelihood of a hike in December- though that’s down from the peak of 80% reached a few weeks ago. 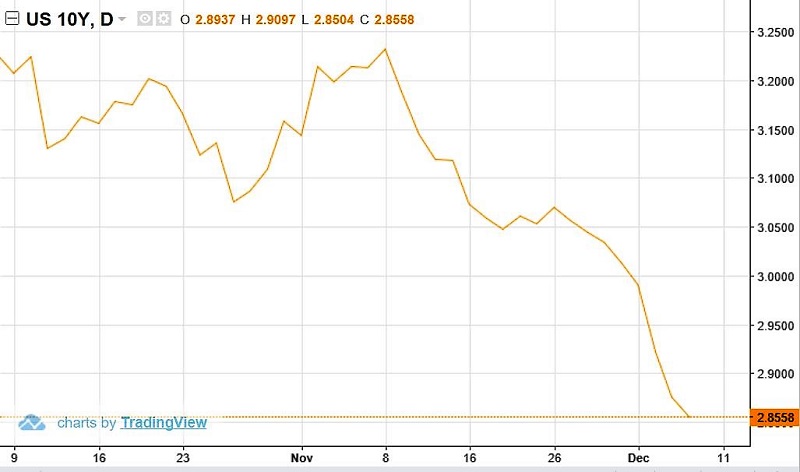 Crude oil finally had a positive day as the commodity closed up 1.24% after news broke of an OPEC output cut of 1.2mm barrels a day. The deal was led by Saudi Arabia, who pushed for the cuts in spite of President Trump’s appeals for low oil prices. Khalid al-Falih, Saudi Arabia’s oil minister noted that the “biggest oil and gas producer is the United States.. producers are probably breathing a sign of relief”. 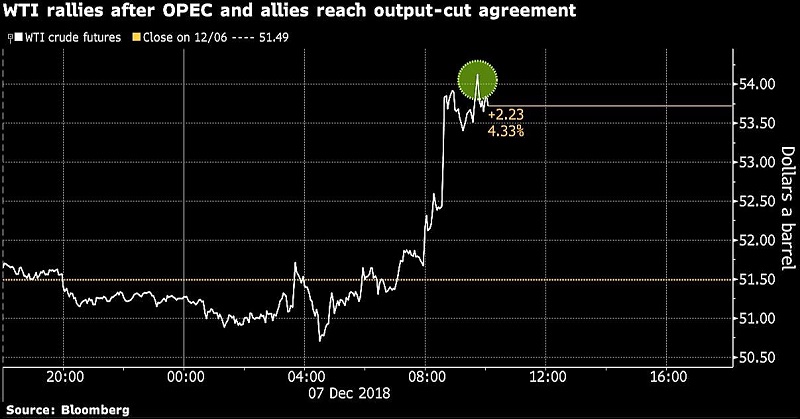