Interest rates had an extremely volatile day, the yield on the 10 year Treasury note falling 5 basis points. Meanwhile, the short end of the US swap curve actually inverted, with 2 year swap rates sitting a mere 2 basis points below 10 year rates. Some market pundits pointed to concerns around trade conflict, still others pointed to a rotation out of equity prices where valuations are stretched. Whatever the reason, an inverted yield curve is one of the market’s favorite leading indicators of a recession, typically leading a contraction in the economy by one to two years. 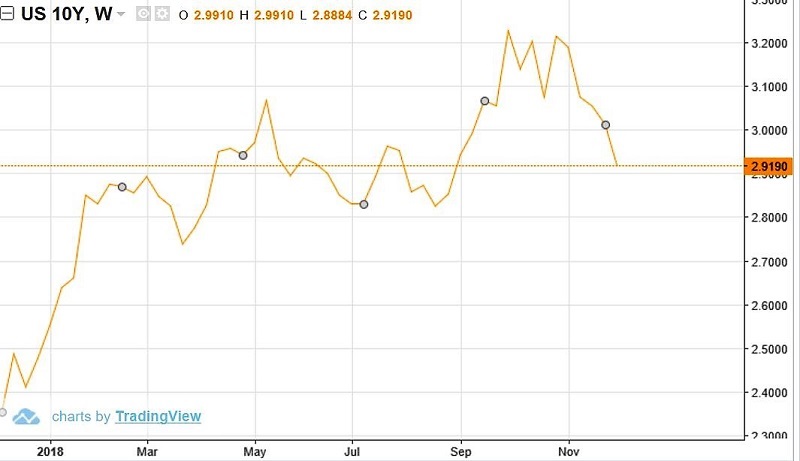 The volatility and risk-off mood that gripped interest rates also affected equity markets- the S&P 500 and the Dow Jones Industrial Average closing down 3.24% and 3.10% respectively. The VIX or “Fear Index” unsurprisingly shot up- closing 4.3 points higher on the day, maintaining the elevated level it has held since early October. Today’s equity sell-off makes cash the second highest performing investment of 2018, ahead of world stocks, treasurys and corporate debt: 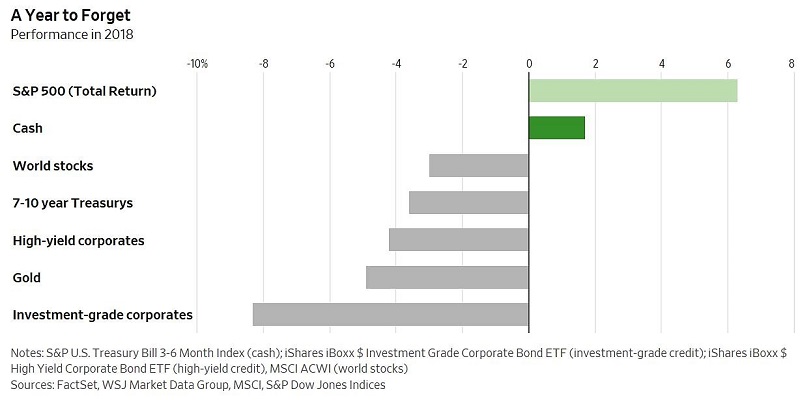 Crude Pares Gains, Back Below $53

US Crude Oil closed below $53/barrel as investors continued to whip the commodity around ahead of OPEC’s meeting on Thursday. There are issues abound for Crude, market pundits pointing to both a supply glut and falling demand as reasons to be bearish. A significant cut in output and a show of unity for the typically fractious oil cartel should help the commodity rebound. 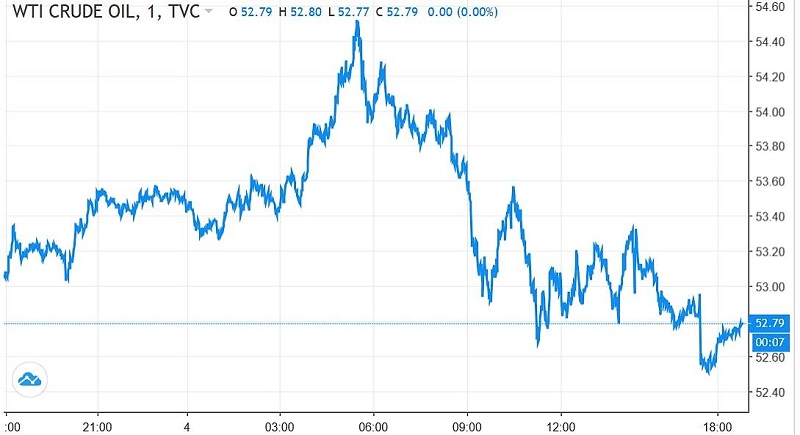