Today the Fed released the minutes from its September 25th-26th meeting in which the Committee made the decision to hike its benchmark borrowing rate to a target range of 2.00%-2.25%.  The primary areas detailed within the text included: 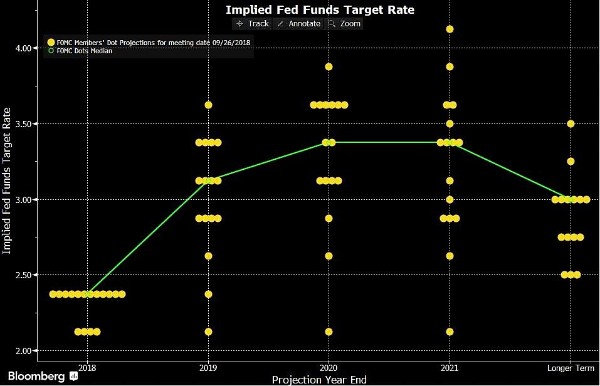 The next Fed meeting will take place November 7th-8th, at which time the FOMC is expected to hold rates steady before their final meeting of the year in December, where markets are currently assigning a 81% probability of a quarter point hike.  US Treasurys sold off into the close as financial markets reacted to the minutes release.  Yields/swap rates finished 2-5 bps higher across the curve, with the 10-year note yield rising back above 3.20%.  Additionally, the US dollar finished 0.5% better against major currencies. 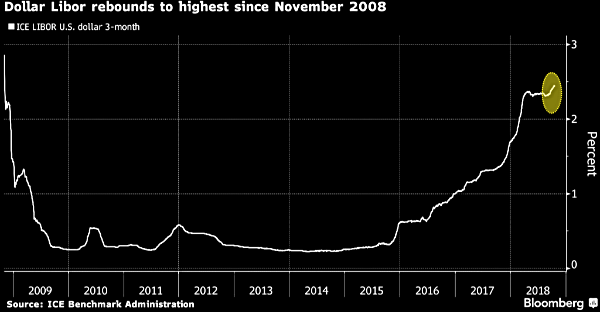 Rising interest rates have undoubtedly had an impact on the housing market as of late, where for the month of September overall housing starts declined 5.3% from August to an annualized rate of 1.201 million (1.216 million estimated).  US homebuilding in the South declined by 13.7%, partially affected by Hurricane Florence, while starts in the Midwest fell by 14%.  Building permits, often a forward-looking gauge to homebuilding, declined by 0.6% in September to a 1.241 million pace – its lowest reading in the past ten months. 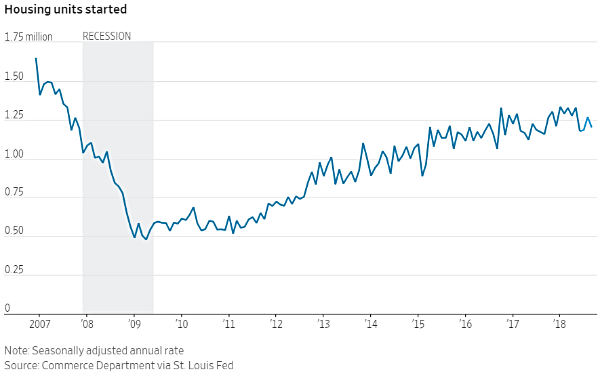 Yesterday’s equity rally proved to be short lived as major indices finished in the red, albeit well off sessions lows.  Overall, the DJIA dropped 91 points after falling as many as 320 points earlier in the trading session.  Shares in Netflix helped to support the tech-heavy Nasdaq, rising 5.3% after the company posted a larger than expected jump in subscribers.  In commodity markets, crude oil futures plummeted 3% after the EIA reported a 6.5 million barrel build in stockpiles last week, nearly triple median forecasts.  WTI crude settled at $69.75/barrel. 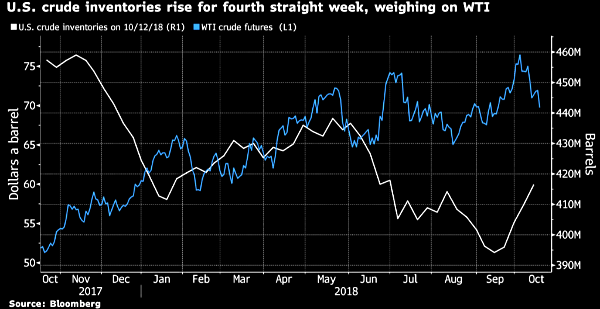