Mixed bank earnings sends US stocks lower. Goldman Sachs reported disappointing earnings- the stock falling 3.8% despite increased efforts by the bank to diversify their earnings away from volatile trading businesses. Citi meanwhile was flat on the day as its revenues fell slightly. Overall, the S&P Bank Index fell by 1.38% on the day. The S&P 500 bounced back from the lows despite weakness among banks closing down only -.06% after falling as much as 0.4% earlier in the day. The VIX or “Fear Index” rose, but only slightly to 12.32. 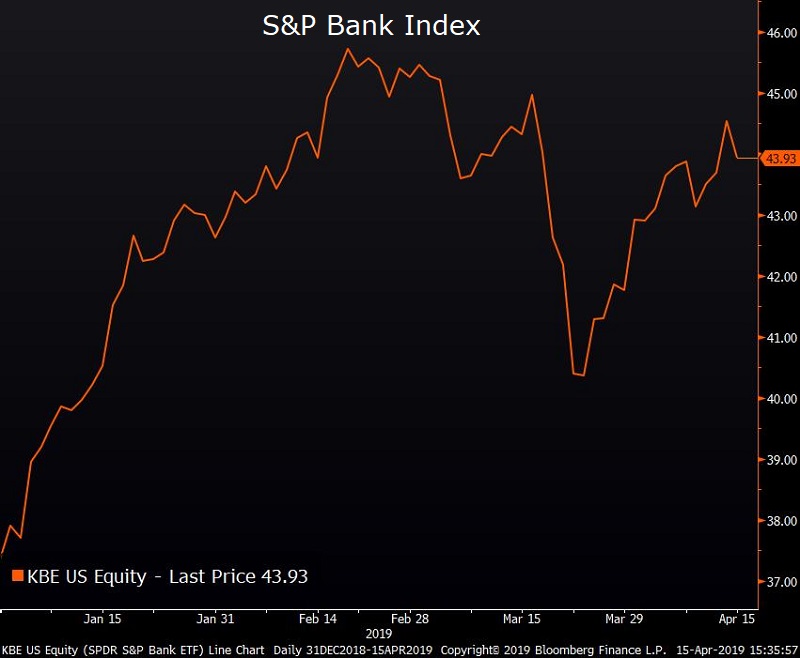 Rates fall slightly amid risk off move in equities. Treasury yields backed up approximately 1 basis point across the curve, the 10 year Treasury yield ending the day at 2.55%. Fed funds futures are pricing in a 46.5% likelihood of a rate cut by January 2020 and a 9.3% likelihood of a rate hike. The Fed has seemingly linked their policy rate to inflation going forward- but inflation markets aren’t pricing in inflation significantly above the Fed’s target of 2% until 2025. 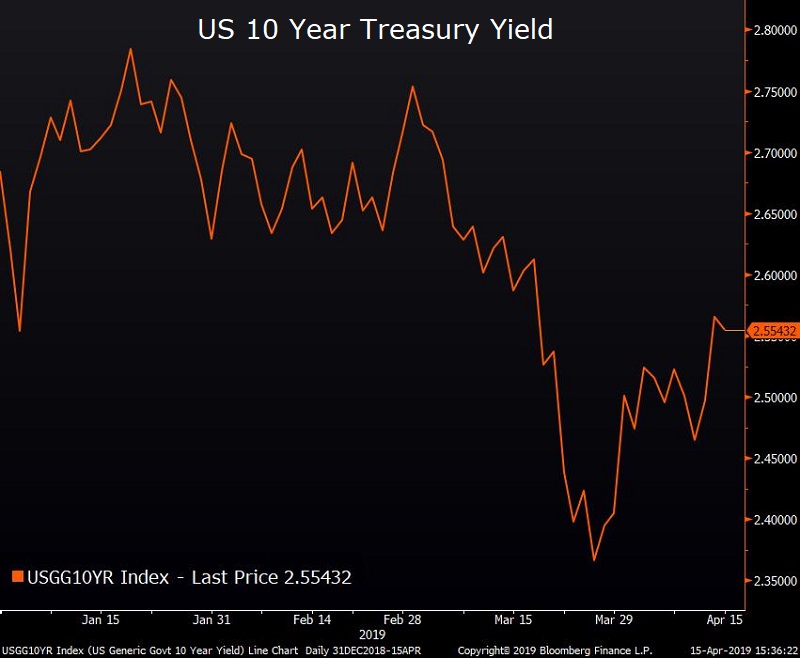 Redacted Mueller report to be released on Thursday. Attorney General Barr is expected to provide the report to Congress and the public on that day. The move could re-kindle the political conflict that has mired Congress in recent years and comes as President Trump faces increasing pressure to resolve his continued trade conflict with China and an escalating trade disagreement with the European Union. Another political issue that will loom for financial markets is the debt ceiling- the Congressional Budget Office saying that the government will no longer be able to finance itself under the current limits in September of this year.