Optimism around trade deal leads US stocks higher. US equities had their best day in two weeks, the S&P 500 and Dow Jones Industrial Average closing up by 1.27% and 1.25% respectively. Equities took comfort from the renewed optimism from Chinese officials who expressed hope that the US’s new tariffs would be cancelled to avoid escalating the trade war. Chinese officials also added that “the most important thing at the moment is to create necessary conditions for both sides to continue negotiation.” The trade optimism was seen in Europe as well, export-sensitive countries like Germany saw their equity indices rally 1%+ on the day. 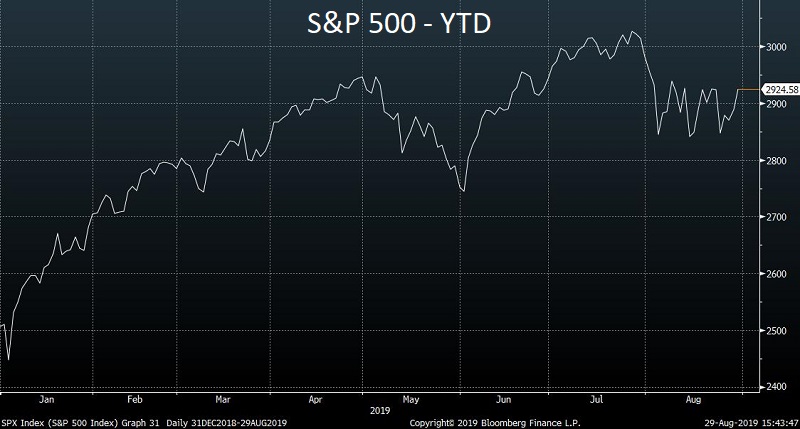 Former NY Fed President Bill Dudley writes op-ed encouraging former Fed colleagues to swap election against President Trump. In his Bloomberg op-ed former Fed president Bill Dudley encouraged the Fed to keep rates unchanged in order to hamper President Trump’s chances of being re-elected in the 2020 election. Dudley highlighted the risks associated with the “disastrous path of trade war escalation” as his rationale for political interference. The Fed and other market participants quickly criticized the publication, but the piece is unlikely to de-escalate the already high tensions between the Fed and the president 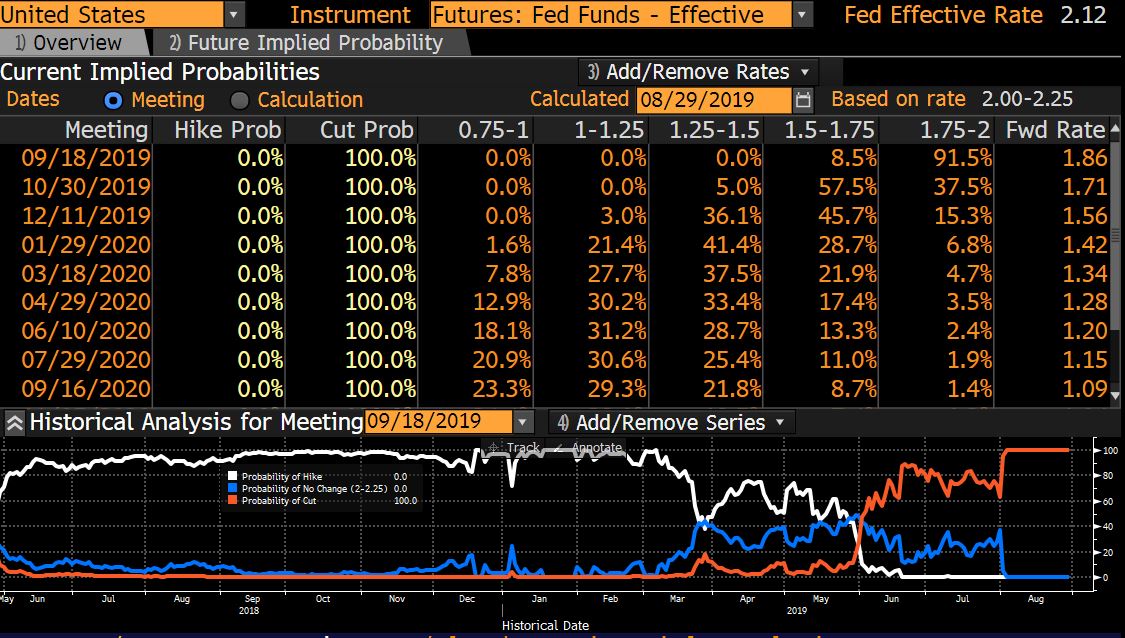 Treasury yields and swap rates rise across the curve as 7-year Treasury auction falls flat. Treasury yields rose approximately 2 bps across the curve while swap rates were little changed. The second look at Q2 GDP figures came in line with expectations, showing a 2.0% annualized growth rate for the US economy. Tomorrow markets will get the latest look at personal income and spending data, the Fed’s preferred measure of inflation. Current estimates are for a 1.4% headline inflation rate. 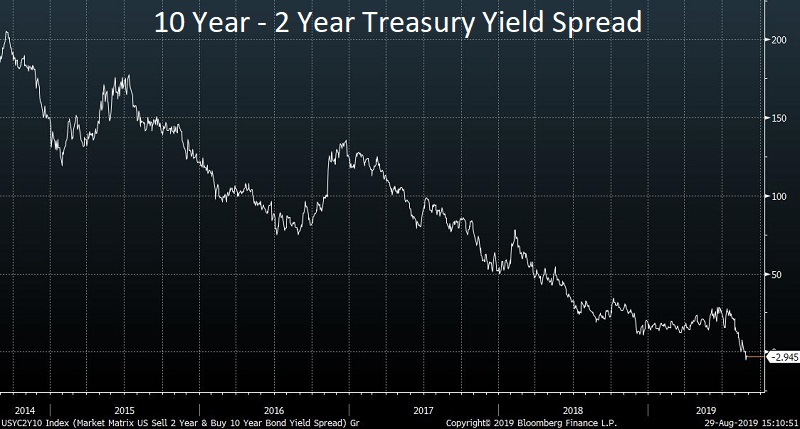