Treasury rally extends, pulling 10 year Treasury yield below 2.10%. Despite the rally in risk assets, Treasurys continued to climb, pulling down yields and swap rates by 5-7 basis points across the curve. A Wall Street Journal survey released today found 75% of economists believe that the Fed’s next move will be a rate cut and roughly half of those surveyed think that the first rate cut will come at the July meeting. The survey results are directionally consistent with the probabilities implied from Fed Funds futures, although the market is well ahead of both the Fed and public opinion in pricing a 59% likelihood of two or more rate cuts in 2019. 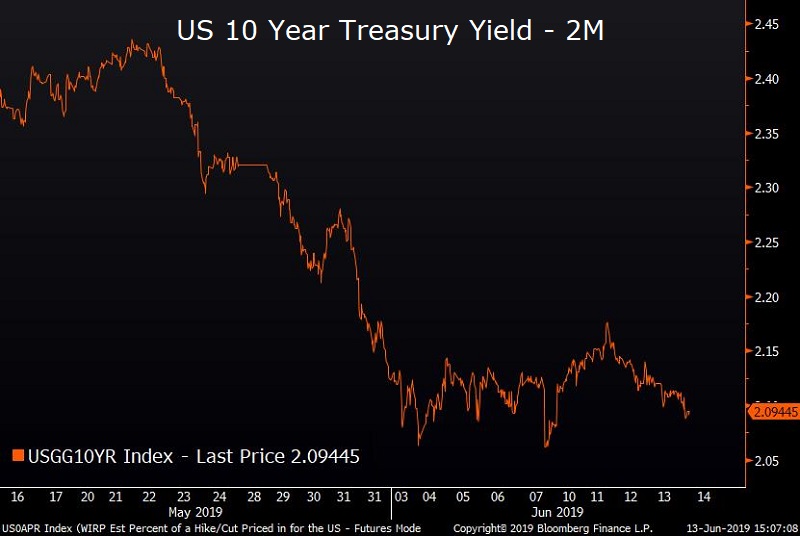 Middle East tensions escalate as multiple oil tankers are attacked. U.S. Secretary of State Mike Pompeo blamed Iran for the attacks, saying that they are part of a wider Iranian campaign to escalate tensions with the West. The attacks raise the odds of a conflict between the U.S. and Iran and come days after the U.N. confirmed that Iran is once again enriching uranium. The impact was immediately felt in energy markets where U.S. crude oil rose 2.11% on concern that rising tensions in the region may constrain supply. The VIX showed no sign of concern though as the “Fear Index” actually fell on the day to 15.82. 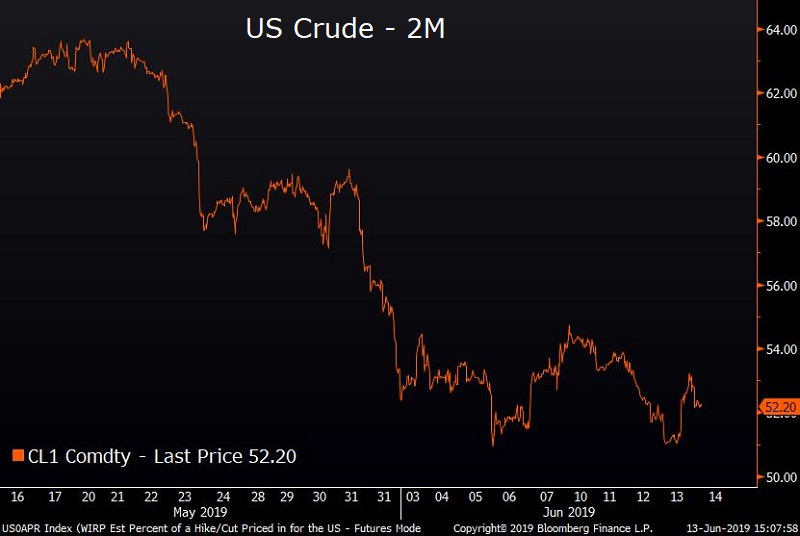 US equities climb higher after two consecutive days of declines. U.S. stocks were led higher by the energy sector which rose 1.3% in response to higher crude prices. The S&P 500 finished up 0.4% while the Dow Jones Industrial Average climbed 0.39%, both on limited volume. 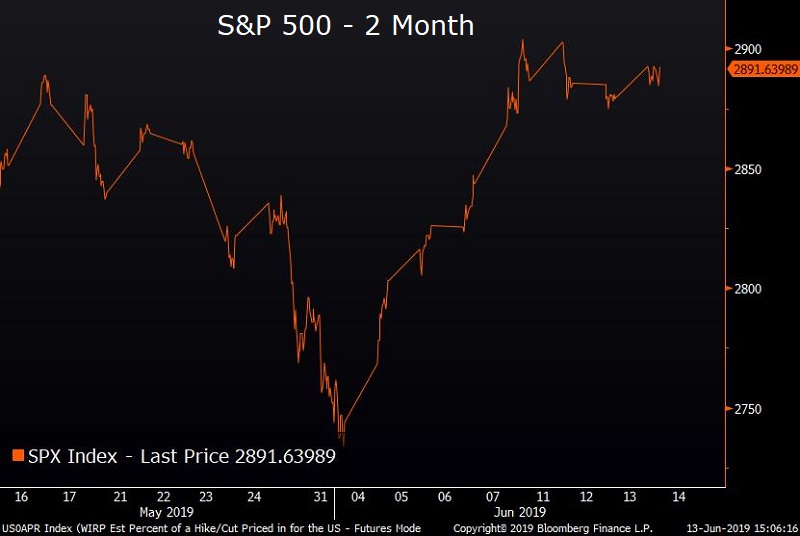