The Fed issued an emergency rate cut. Yesterday, the Fed surprised markets by executing a 0.50% cut to its benchmark borrowing rate in an attempt to counteract the coronavirus effects on the economy — this is the first time since the 2008 crisis that the Fed has changed rates between FOMC meetings. The current target fed funds range now sits at 1-1.25%. Equities slid and the 10-year Treasury yield dipped below 1% for the first time in history as investors sought safety in haven assets. Global supply chain disruptions resulting from the coronavirus represent a major concern of global financial markets, and it remains to be seen whether this change in the benchmark rate will produce an economic stimulus as intended. As of late February, approximately 30% of Chinese small and medium sized companies have resumed normal business operations. The 10-year Treasury yield continues to fall and is currently at 0.98%. 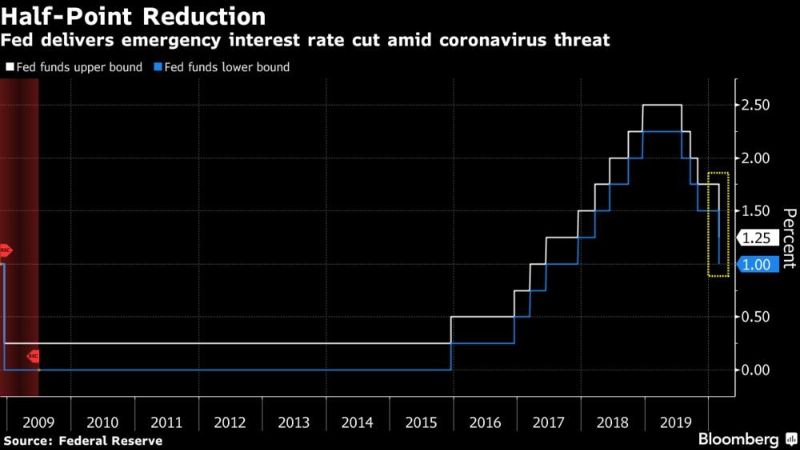 Super Tuesday results name Biden and Sanders the Democratic frontrunners. Building on the momentum from a landslide win in South Carolina over the weekend, the Biden campaign secured victories in at least eight states yesterday, including surprise wins in Texas and Massachusetts. The one-time heavy favorite for the Democratic nomination, Bernie Sanders won California, Utah, Colorado, and his home state of Vermont. Biden’s victories come days after Amy Klobuchar and Pete Buttigieg endorsed the former VP. 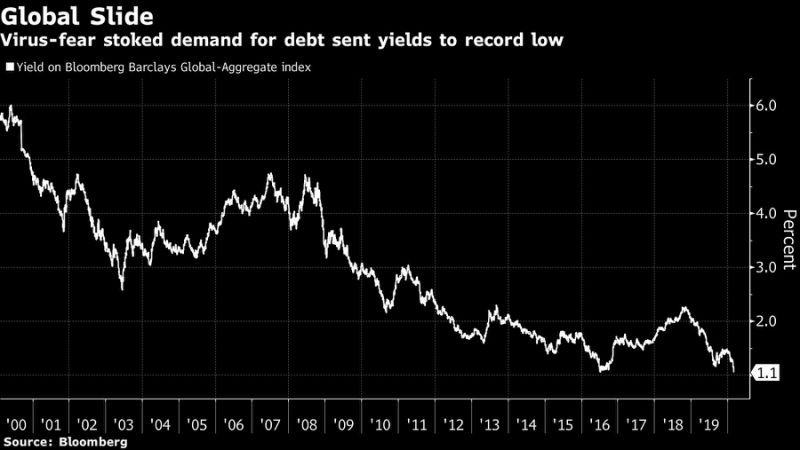 Day ahead. The IMF Managing Director Kristalina Georgieva spoke alongside World Bank President David Malpass this morning to call for a global response to the coronavirus. IHS Markit’s US services index figures beat economist expectations at 57.3, higher than the previous 49.4. The ISM non-manufacturing index for February will be released shortly after, with the economists predicting a decline of 0.5 to 55 from last month. The Bank of Canada announced a 50 bp rate cut. St. Louis Fed President James Bullard will speak on the monetary policy and the economic outlook this evening.