Rates lower across the curve as FOMC floors asset purchases. After cutting their rate in March, all 17 Fed officials believe that the Fed funds rate will stay near zero till at least 2021. The Fed plans to continue growing their balance sheet by flooring their monthly asset purchases at $80 billion of Treasurys and $40 billion of MBS. In his press conference, Fed Chair Powell commented that added stimulus is necessary, reiterating that the Main Street Lending Program will begin operations “soon.” Overall, Fed officials believe the economy showed signs of bottoming out in May, with Powell adding that he expects to “see a full recovery over time.” The full FOMC statement can be read here. Rates are sharply lower since the meeting, the 10-year yield falling to 0.67% after climbing as high as 0.93% late last week.

Another wave of coronavirus cases could be under way. On Wednesday, Texas reported over 2,500 new infections, marking it the highest daily total since the beginning of the pandemic. California, Florida, and Arizona are among other states reporting a rise in cases. Health experts are watching closely for a spike after mass protests were held in every state across the country, believing there to a possible correlation between the two. The White House coronavirus task force has yet to provide color on if reopening has caused the recent spike in cases. Thus far, there have been over 2 million reported infections and close to 120,000 fatalities nationally. Stocks are lower on the news, the DJIA and S&P 500 falling 3.11% and 2.39% respectively. 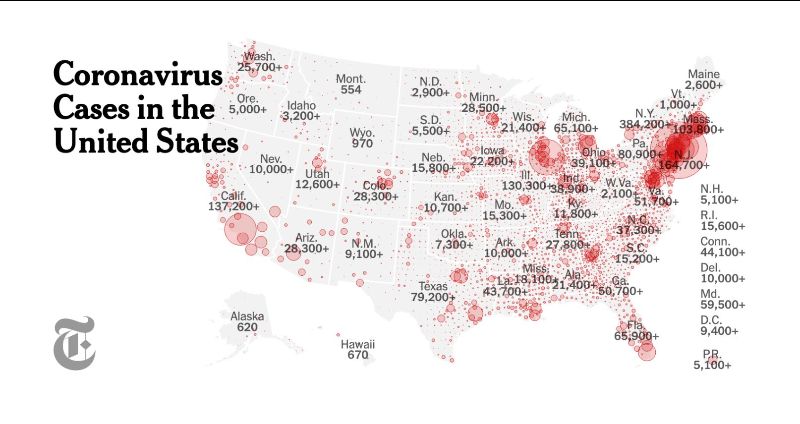 Jobless claims fall less than expected. Jobless claims fell to 1.5mm, higher than forecasted but still continuing their downward trend, the 4-week moving average sitting at 2.284 million. Since March, over 30 million claims have been filed. Before the pandemic hit, weekly claims usually hovered in the low 200,000s, so economists will watch the level closely until the number reaches that range once again. 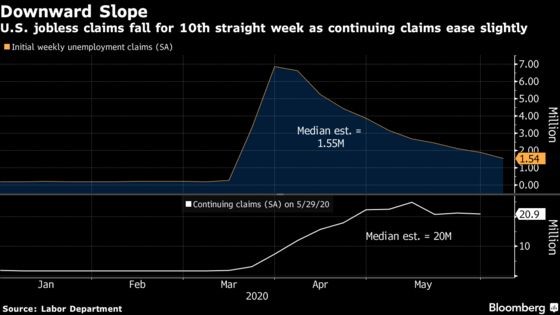