Yellen endorses 25 bp rate cut. Speaking at a conference in Colorado , the former Fed chair said she would be “inclined” to cut rates by a quarter point. Yellen added that while a rate cut is justified by persistently-low inflation, she doesn’t see the rate cut as “the beginning… of a major easing cycle.” Those comments are consistent with the Fed’s dot plot but run somewhat contrary to the market’s pricing which implies additional Fed rate cuts later this year. 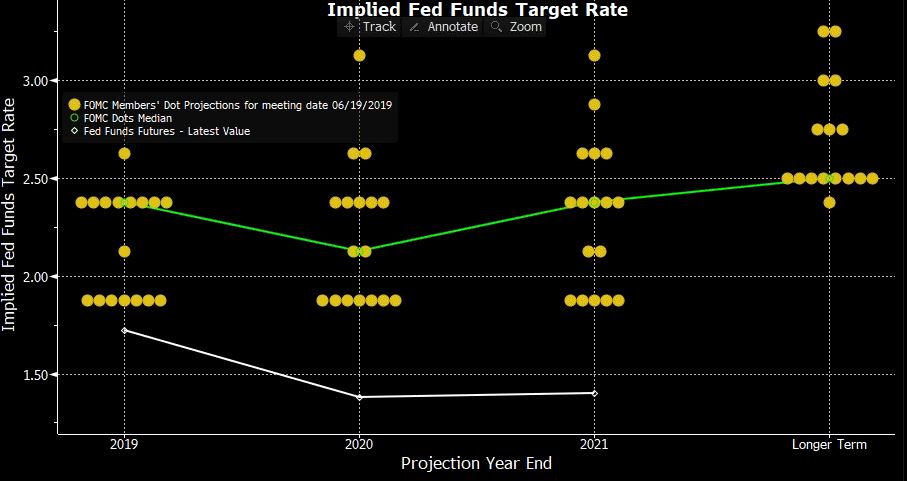 US Treasury yields and swap rates fall 1-2 bps lower to start busy week. With the Fed in its mandatory quiet period ahead of the FOMC rate decision on Wednesday, there was little in the way of data or official comments to sway rates. Fed funds futures still price in a 100% likelihood of a rate cut on Wednesday, and an 80% likelihood of a single 25 bp rate cut. Tomorrow will bring the latest personal income and spending data, including the PCE deflator (the Fed’s preferred measure of inflation). On Wednesday, the FOMC will release its much-anticipated policy statement. At the post-meeting press conference, we expect Fed Chair Jeremy Powell will maintain the Fed’s forward rate guidance, emphasizing that the Committee will “closely monitor” developments and “will act as appropriate to sustain the expansion.” On Friday, the Labor Department releases the July payroll report which is expected to show that the economy added 165,000 jobs last month while the unemployment rate remained steady at 3.7%. 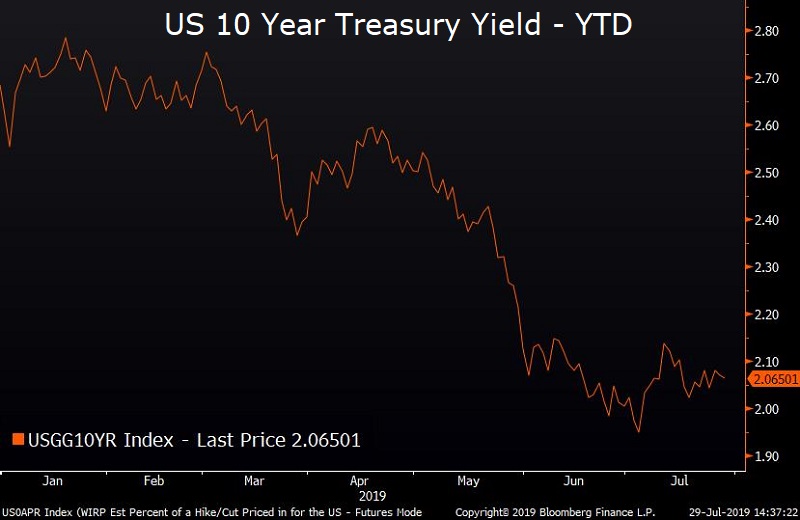 US equities mixed after record-setting Friday. The S&P 500 fell 0.16% ahead of Apple’s earnings announcement tomorrow while the Dow Jones Industrial Average edged higher by 0.11%. Stocks have reached all-time highs but will be tested this week as the FOMC makes its rate decision, the US and China begin a new round of trade talks, and as the UK prepares to renegotiate its original ill-fated Brexit deal with the EU. 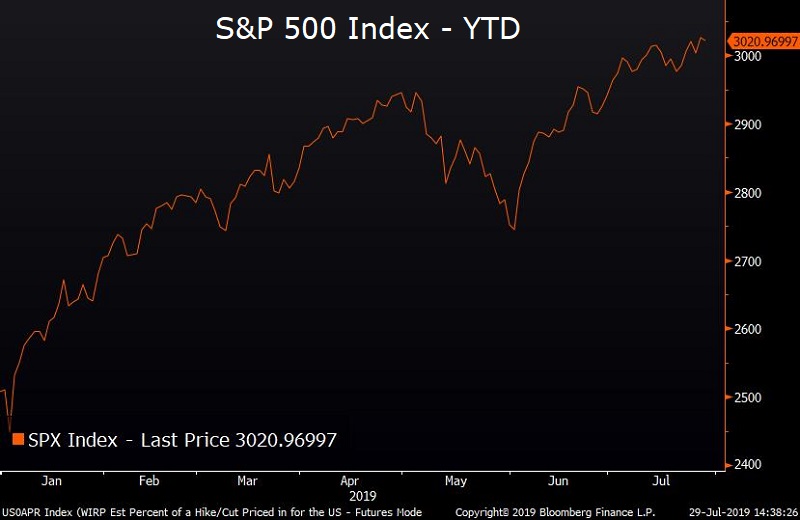