Yields climb to multi-year highs. Swap rates and Treasury yields gapped higher across the curve in reaction to this morning’s inflation data — the 2year UST yield climbed a whopping 25bps to a 14-year high (3.06%), while the 10yr yield rose 11bps to its highest level since October 2018 (3.15%). Futures are now pricing in a higher likelihood than not that the Fed will hike 75bps at one of its next two meetings (and a 50bps hike at the other one). The surge in rates was accompanied by major equity indices plummeting, led lower by the tech-heavy Nasdaq (-3.5%). 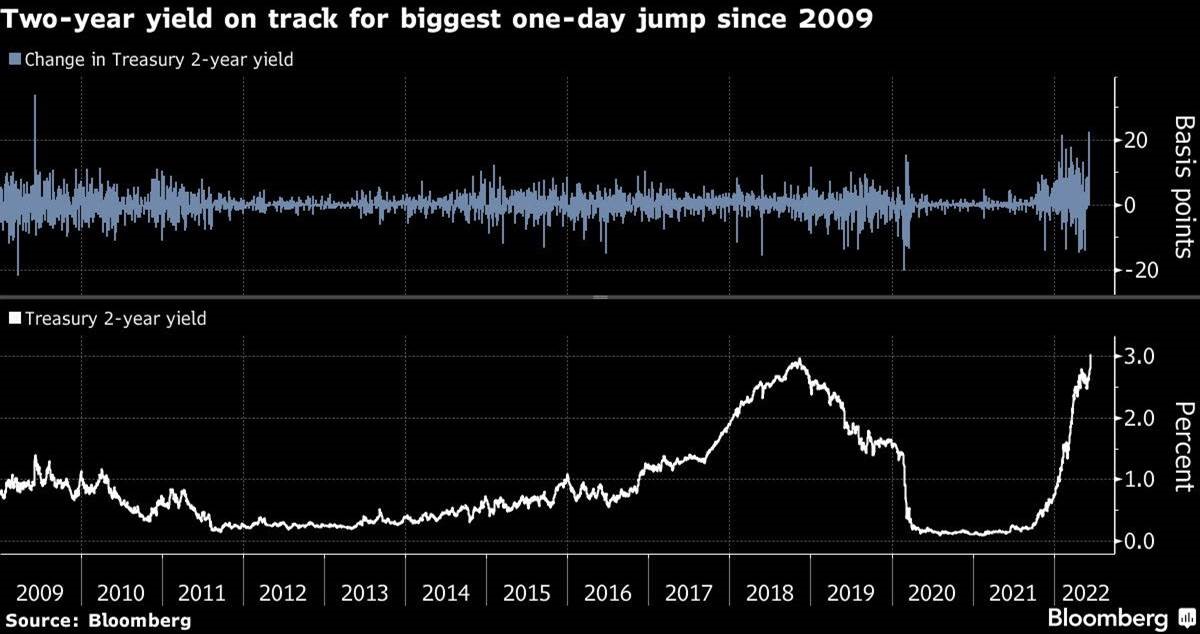 Week ahead. The FOMC begins their two-day meeting on Tuesday, with the announcement scheduled for Wednesday afternoon. Markets are currently pricing in a 0.50% rate hike, but the odds of a 0.75% hike are not completely off the table after today’s hotter-than-expected inflation print. In terms of upcoming economic data, May PPI, retail sales, and housing starts will be released throughout the week.