Rates endure another volatile session ahead of crucial inflation data. Treasury yields and swap rates ended a choppy session largely lower across a flattening curve, the 10-year Treasury yield ending the day a hair under 3% at 2.99%. While it’s far too early to see the impact of the Fed’s tightening on inflation data, any natural deceleration in tomorrow’s CPI data could help prolong the recent rally. Risk assets bounced back modestly after several days of turmoil, the Nasdaq in particular climbing nearly 1% on the day.

Cleveland Fed President Mester won’t rule out 0.75% hike. Days after Powell and other Fed officials appeared to close the door on a 0.75% hike, Cleveland Fed President Loretta Mester cracked the door back open, saying that she “won’t rule out 75 forever.” Mester added that a 75bp hike might be necessary if the Fed doesn’t see inflation moving down in the second half of the year. 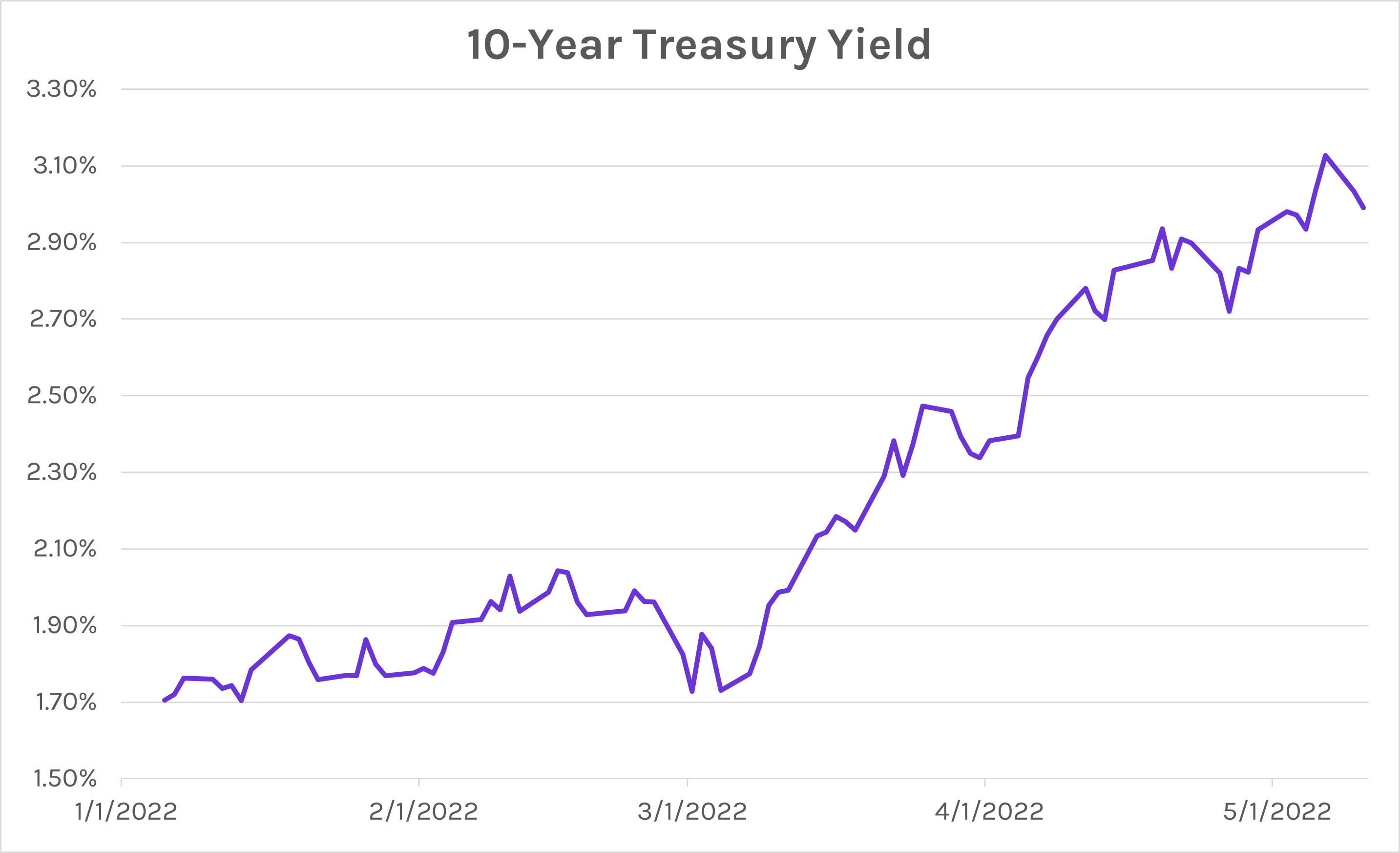 Day ahead. CPI will be the main event tomorrow, forecasts call for the inflation figure to show a month-over-month increase of 0.20%, with “core” CPI increasing by 0.40% month-over-month. Annualized CPI is expected to moderate slightly, falling to 8.1% from 8.5%.