President Trump delays implementation of new China tariffs, pushing US equities higher. The S&P 500 closed at 2,796.11- its highest level in three months. The extension of the deadline alleviates concerns that the 90 day period would be insufficient to negotiate any real trade framework between the world’s two largest economies. Rates were unchanged on the day ahead of Fed Chair Jerome Powell’s speech before Congress tomorrow morning. 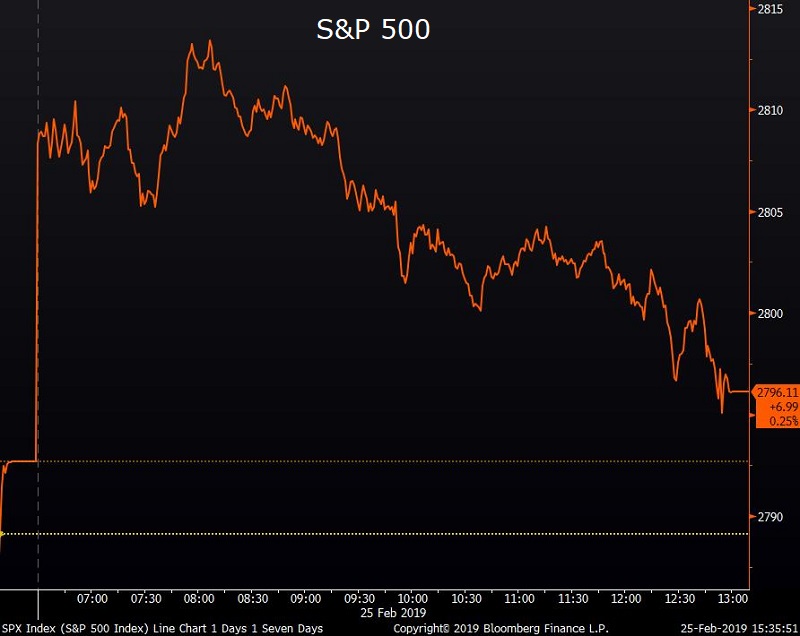 Pound rallies as Labour party leader Jeremy Corbyn expresses support for a second Brexit referendum. PM Theresa May has long opposed a second referendum, saying that a re-vote on UK membership in the EU would be a violation of democracy. May is reportedly considering a plan to delay the deadline for the UK’s withdrawal past the current date of March 29th. Either outcome would reduce the odds of a no-deal Brexit, pushing the pound higher to $1.312. 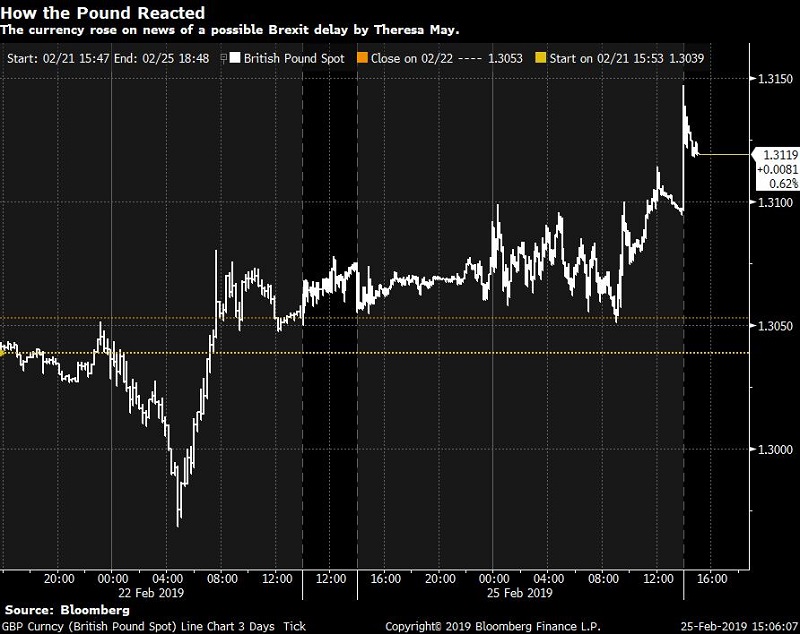 President Trump tweet sends crude oil tumbling lower. US President Donald Trump tweeted that OPEC should “relax and take it easy” on their output cuts in his latest admonishment of the oil cartel. US crude fell 2.62%, though it still sits over 20% higher on the year. 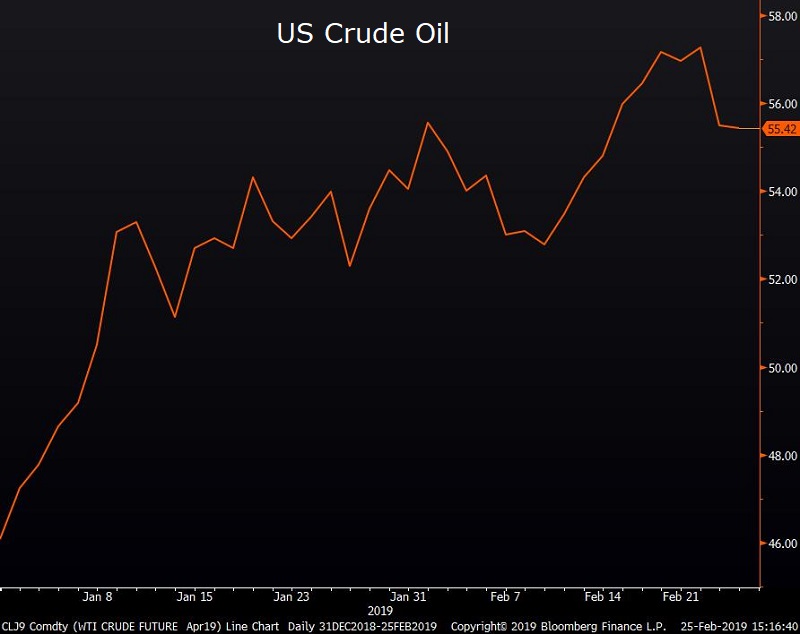