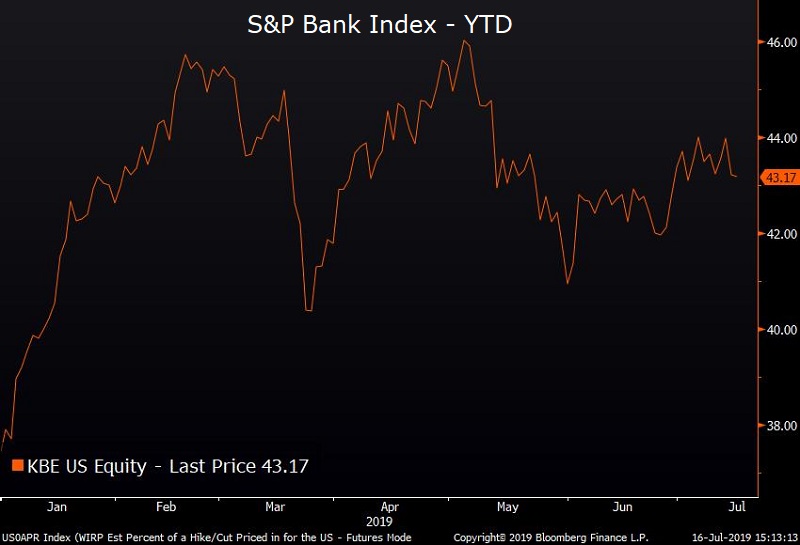 Treasury yields and swap rates rise 2-3 basis points after strong retail sales figures. Seemingly no amount of strong economic data will dissuade markets from pricing in a rate cut at the July FOMC meeting. The Fed is poised to execute its “insurance cut” with a historically strong labor market and otherwise solid economic fundamentals. Despite the near-certainty about the Fed’s next rate move, markets are divided on how many rate cuts to expect for the remainder of 2019. Fed funds futures assign an almost equal likelihood to the Fed cutting rates once, twice or three times before year end. 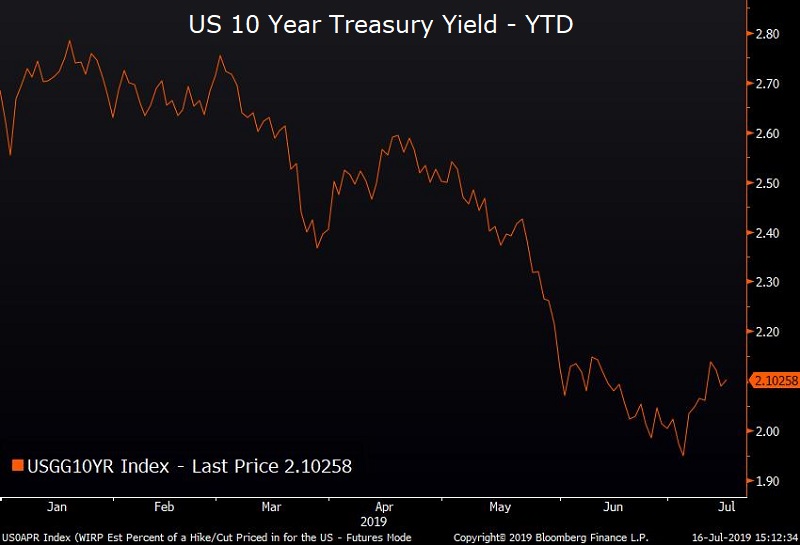 US equities retreat from record highs amid trade concerns. President Trump told reporters today that the US still has a “long way to go” before reaching a trade agreement with China. He added that the US may still impose tariffs on an additional $325 billion of Chinese goods if negotiations don’t go well. The sabre-rattling pulled stocks down from record highs as the S&P 500 and Dow Jones Industrial Average fell 0.4% and 0.1% respectively. The “most unloved rally ever” in US equities faces a host of short-term headwinds as earnings season kicks off and as trade tensions and the debt ceiling both loom as potential risks to the longest bull market in US history. 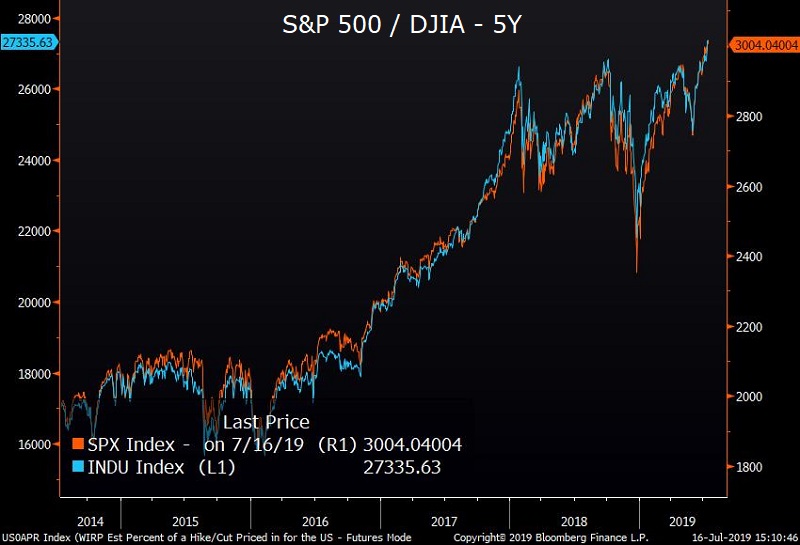