Treasury yields and swap rates closed 10-15 basis points higher following this morning’s blockbuster non-farm payroll report which showed the U.S. economy added 312K jobs in December–well above consensus estimates of 184K gain. The details of the report were also strong as labor force participation rose and average hourly earnings rose 3.2% y/y–the fastest annual pace since 2009. Fed Chairman Jerome Powell added to the positive momentum, stating in a speech to the American Economic Association that the central bank is “listening sensitively to the message that markets are sending.” Powell said the central bank had no pre-set path for rates and could take a patient approach toward further rate hikes Powell’s more accommodative message stands in stark contrast to his remarks after the December FOMC meeting and was welcomed by investors who feared a Fed policy mistake in 2019. 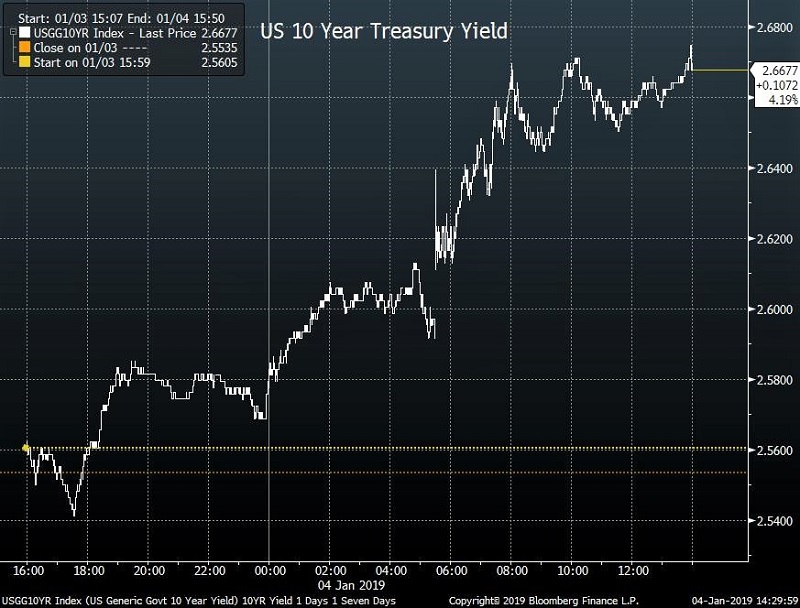 The S&P 500 closed up 3.43%, building off the momentum that started early this morning with news of trade talks between the U.S. and China and gained on the back of strong jobs numbers and Chairman Powell’s dovish comments. U.S. crude also rose, closing 2.4% higher on hopes that global economic activity remains robust in 2019. 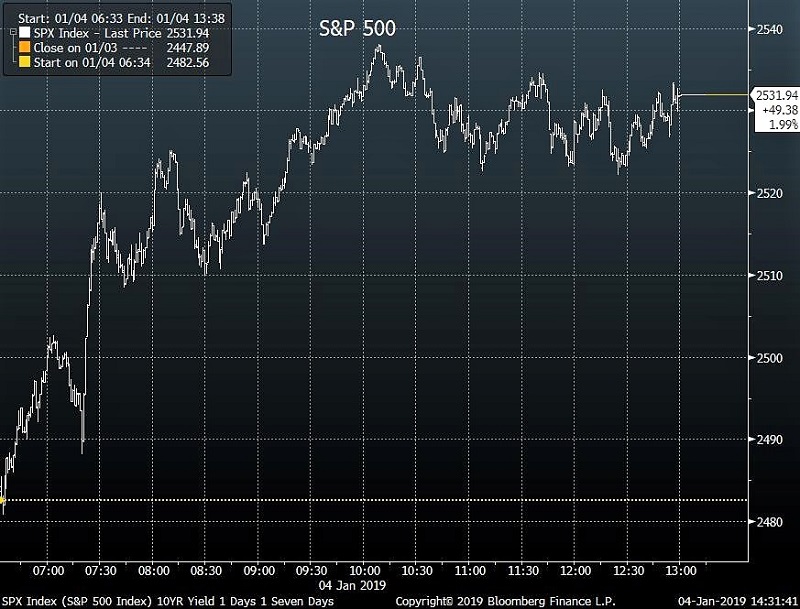 The ongoing government shutdown shrinks GDP by .1% for every two weeks the government remains closed, according to estimates from the White House Council of Economic Advisors.  That will be top of mind for markets after President Trump and Democratic leaders failed once again to break the deadlock that has kept the government closed for two weeks. Senate minority leader Chuck Schumer said that President Trump threatened to “keep the government closed for a very long period of time, months or even years” unless Congress approves funding for his proposed border wall with Mexico. 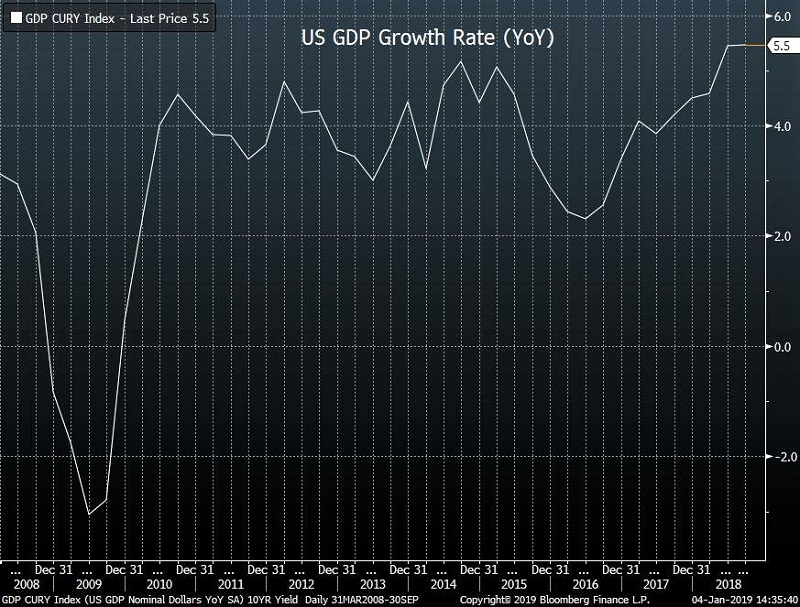