Treasury yields and swap rates continues to bounce back. Rates are set to close higher as risk assets continue to rally, buoyed by optimism over Chinese-U.S. trade talks after both sides signaled progress toward resolving the dispute. Five year swap rates are 3.9 bps higher on the day while ten year Treasury yields are up 2.8 bps at 2.72%. Both the swap curve and yield curve continued to flatten, the spread between 10 year and 2 year Treasury yields falling to 13.53 basis points while the spread between 2 year and 10 year swap rates remains only 3 basis points. While Fed officials continue to project two more rate hikes, the futures market currently implies only a 25% likelihood of a hike this year. 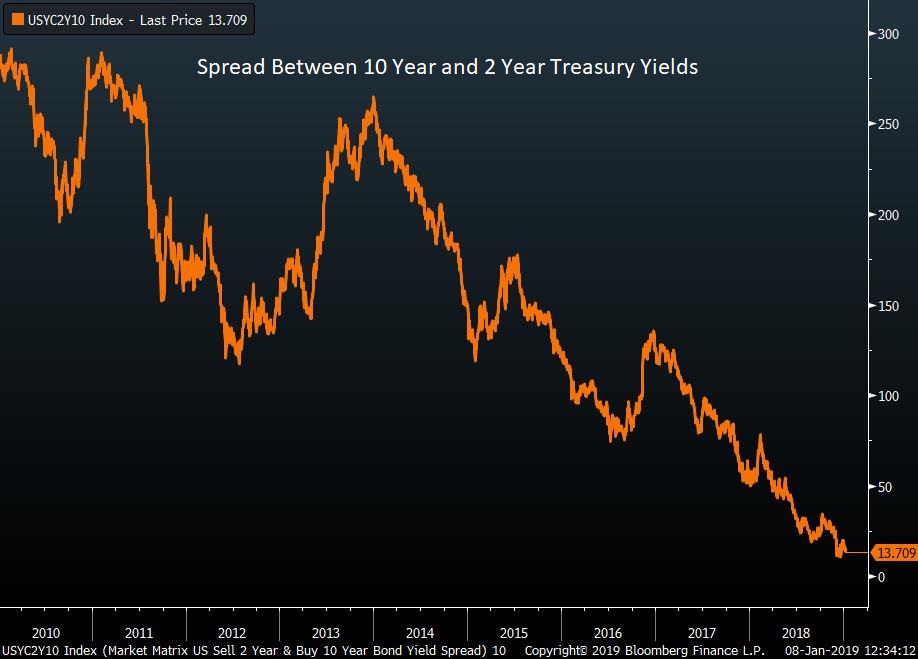 Atlanta Fed President sees only one hike in 2019. Atlanta Fed President Raphael Bostic said that the central bank may only need to raise interest rates once in 2019. While stronger-than-expected growth prompted the Fed to raise rates four times in 2018, Bostic said his business contacts appear less confident in coming months, while “clouds” have developed overseas.  Bostic, who is a non-voting member of the FOMC this year, expressed concern about the impact of the partial government shutdown, the recent sell-off in global stock markets, and weaker economic data from China and Europe, adding he wants to make sure that “we don’t act too aggressively.” 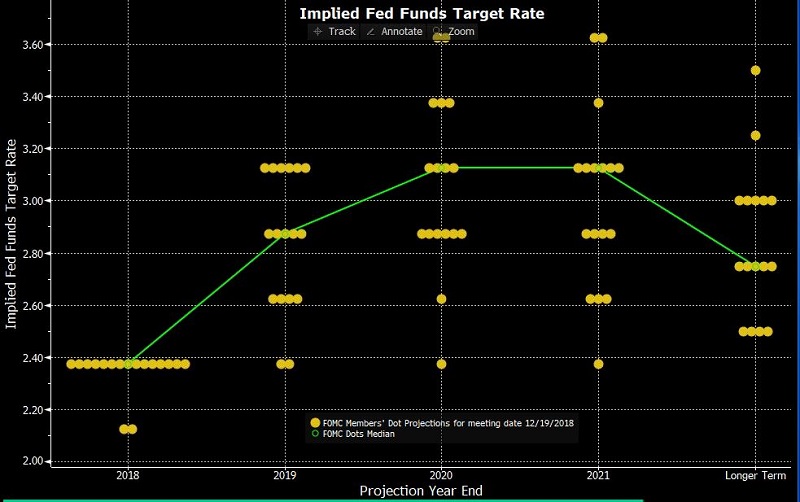 German recession fears grow. Worries about a potential recession in Germany are growing after a report showed the biggest drop in industrial output since 2009 financial crisis. German industrial output unexpectedly fell in November, dropping 1.9% after a .8% dip in October. The Euro fell .31% to 1.1438: 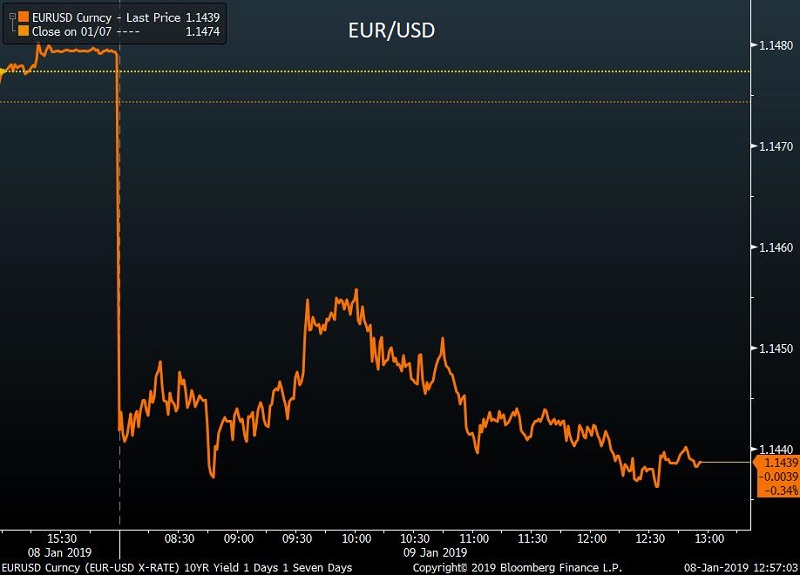 Trump touts strong economic performance despite higher rates. As the partial government shutdown entered an 18th day, President Trump touted the nation’s strong economy while taking another swipe at the Federal Reserve for raising interest rates. President Trump will make his first prime-time address from the oval office tonight to make his case tonight for his proposed border wall with Mexico.

Equities Close Higher on Trade Optimism. The S&P 500 closed nearly 1% higher as investors continued to express their optimism at a potential resolution to the ongoing China-U.S. trade conflict. 10 of the 11 S&P 500 sectors were higher, the lone laggard being the financials sector which closed flat on the day. 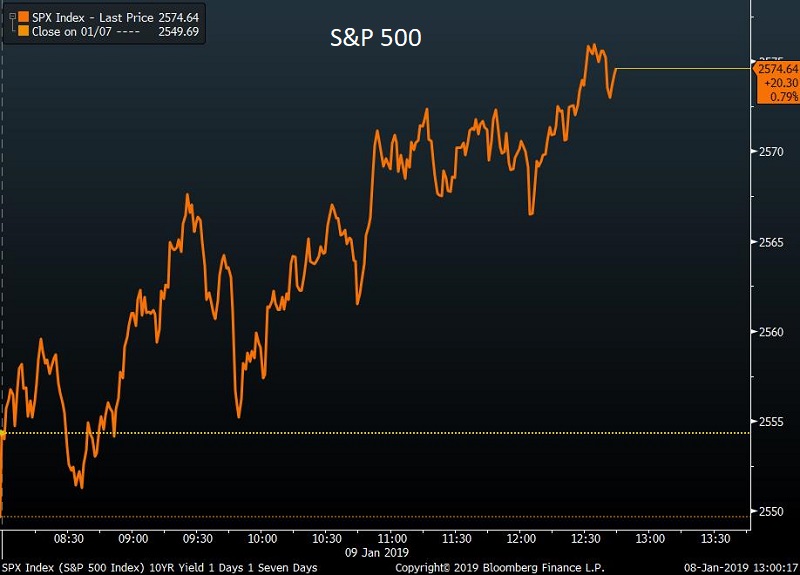