Rates retrace their recent gains as Fed officials express caution. Minutes from the December FOMC meeting showed that 4 of the 12 regional Fed presidents prefer to exercise caution before moving ahead with hikes in 2019. 3 of those 4 are voting members. Among them, Boston Fed President Eric Rosengren stated that the Fed “can wait for greater clarity before adjusting policy. There should be no particular bias towards raising or lowering rates until the data more clearly indicate the path for domestic and international economic growth.” In a similar tone, Chicago Fed President Charles Evans stated that the FOMC should “wait and carefully take stock of the incoming data”. The caution in Fed minutes was felt in rates markets,  both Treasury yields and swap rates falling 2 basis points across the curve, the 10 year Treasury yield currently sitting at 2.71%. 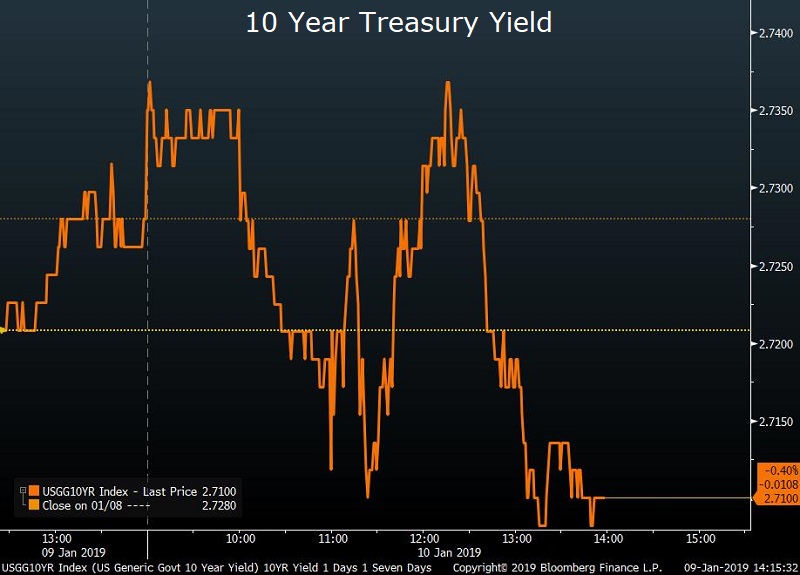 Will drop in treasury demand spur higher rates? US Treasury auctions play a key role in US rate markets. An under-subscribed auction can lead to a significant drop in rates while a highly subscribed ones can keep rates low. In 2018, investors submitted bids for merely 2.6 times the amount of bonds sold by the Treasury—the lowest bid-to-cover ratio since the financial crisis in 2008. 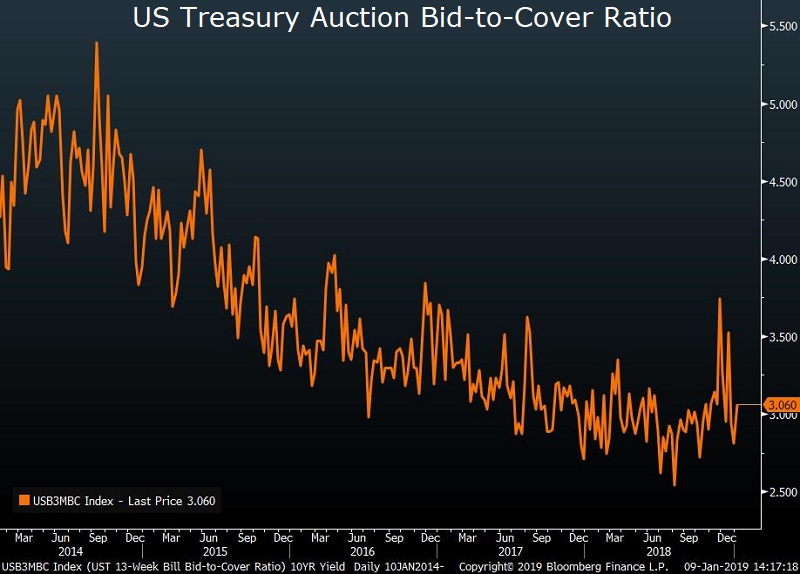 Government remains shutdown as negotiations stall out. President Trump ended a meeting with congressional leaders abruptly after House Speaker Nancy Pelosi refused to approve funding for a border wall. A resolution doesn’t seem imminent as both sides believe they have the political capital and mandate to hold out.

US stock market extends gains. US equities continued their winning streak on optimism that the US and China are nearing a trade deal. The negotiations have taken longer than expected and wrapped up today with signs that China may be flexible on the agricultural and energy trade items that were a top priority for the US. The S&P 500 ultimately closed 0.41% higher, with the Nasdaq and Dow Jones Industrial average closing .87% and .39% higher respectively. 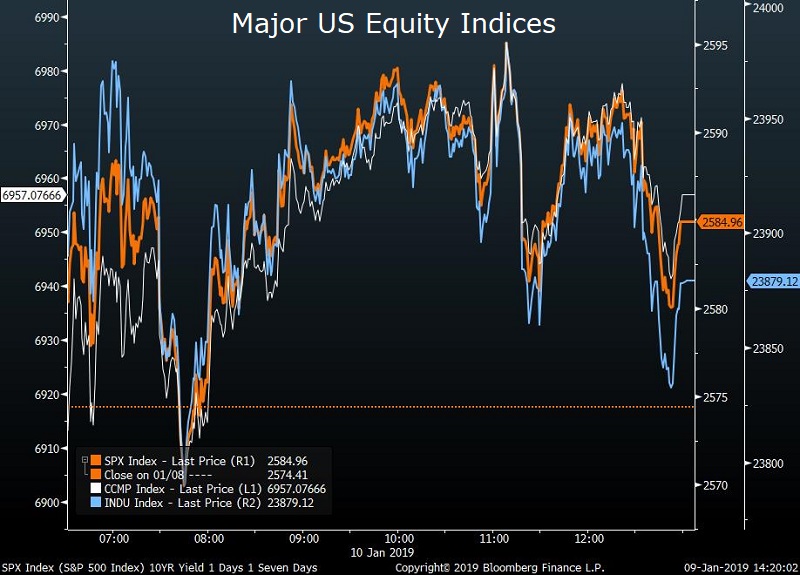