Market sentiment continues to deteriorate as economists and business leaders turn cautious. Economists surveyed by the WSJ are increasingly worried about the risk of a recession. Economists surveyed are seeing a 25% chance of a recession in the next year, the highest level since 2011. Economists pointed to the trade dispute with China, rising interest rates and the equity volatility in December as the biggest risks. A survey by Deloitte also pointed to a shift in sentiment- nearly half of the CFO’s surveyed in December said they expect a recession before 2020. 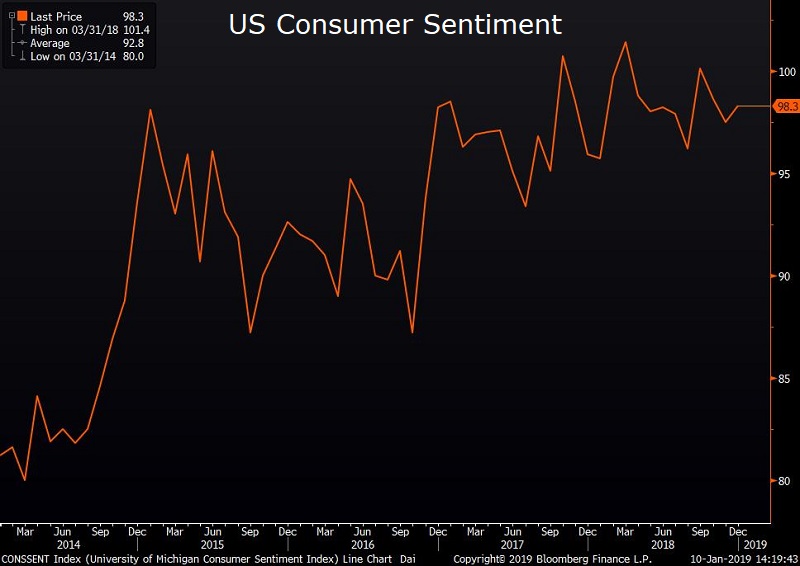 Auto makers layoff thousands. Jaguar-Land Rover and Ford announced thousands of job cuts today, weeks after General Motors announced their own 14,000 worker layoff. New car sales are often used as an indicator of economic health, and while the US consumer remains strong, the decline in the health of automakers may indicate a slowdown in the world’s other large auto consumer- China. 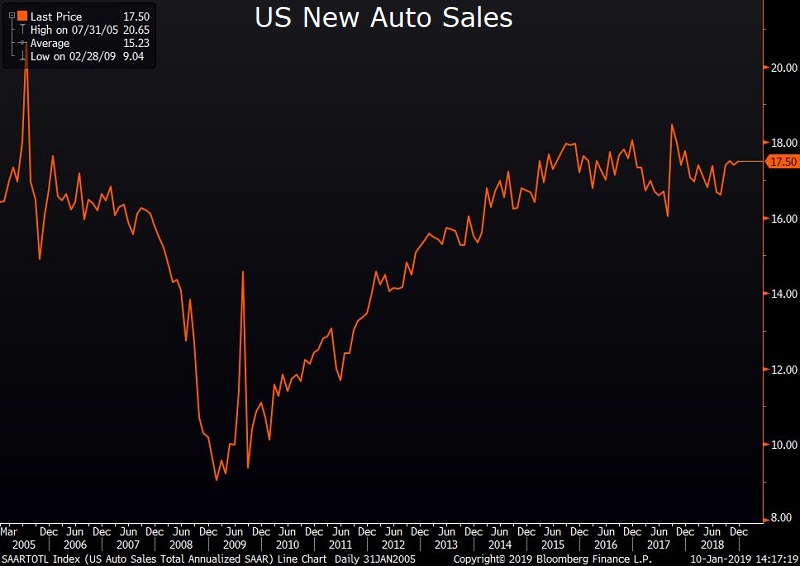 US rates rise slightly on Powell comments. Asked about the Fed’s projection for two interest rate increases in 2019, Powell re-affirmed that the forecast of two moves was conditional on a “very strong outlook for 2019”. More notably, Powell said that the Fed plans on having a “substantially smaller” balance sheet- a remark that pushed Treasury yields and swap rates 1-2 basis points higher on the day. 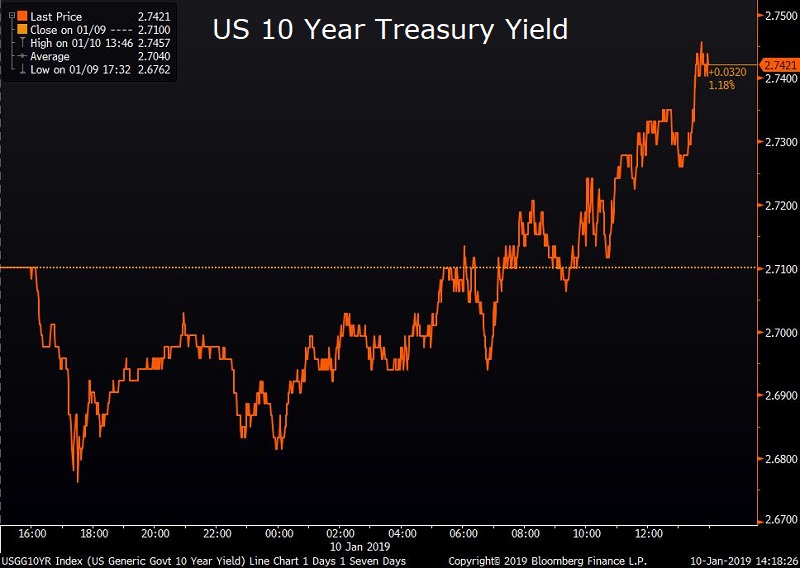 Retailers lose $30 billion of market value as Macy’s posts profit warning. Macy’s CEO Jeff Gennette stated that while Black Friday sales were strong, sales had weakened for the rest of the crucial holiday period. Macy’s shares fell nearly 18% as a result, pulling other retailers with it and making the consumer discretionary stocks the worst-performing sector for the day. 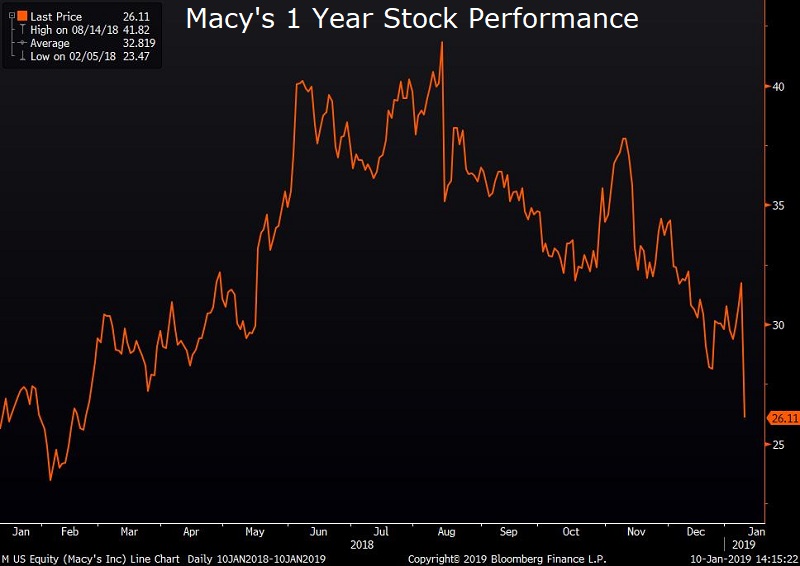 Equities rise for the 5th consecutive session. US equities finished higher on the day again, the S&P 500, Nasdaq and Dow Jones Industrial average all rising over .40%. Volumes were 20% lower than the average trading day in the past month. Worldwide, equities were mostly higher- the lone exception being Japan’s Nikkei which fell 1.30%.