Government remains shut down as President Trump rejects GOP proposal. An emergency declaration seems less likely after President Trump stated that no decision was imminent. Those comments are a reversal from his previous statements where President Trump indicated he was likely to declare an emergency to resolve the impasse. The government shutdown is now the longest in history, though the economic impact has yet to be seen in the data- particularly after a strong jobs number this week. That said, Fed Chair Jerome Powell has warned that a prolonged shutdown could start taking a toll on US growth. 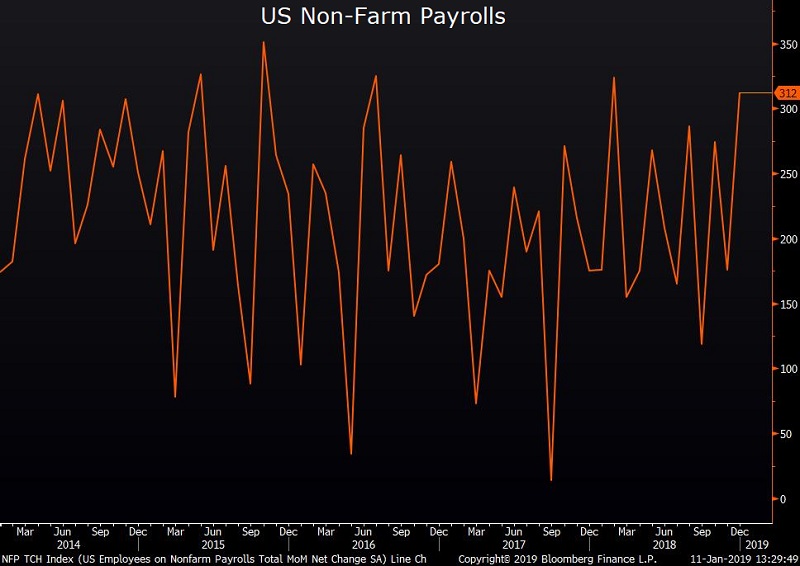 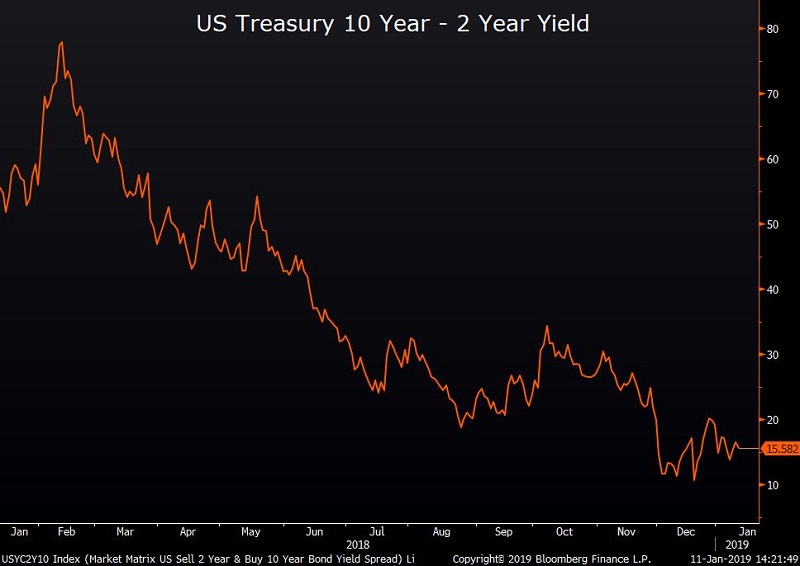 Equity rally run out of steam. Stocks’ five day winning steak finally came to an end as investors turned cautious ahead of the start of earnings season next week.  The S&P 500 closed fractionally lower on the day while the NASDAQ lost .21%. Concerns over the US government shutdown also kept investors on the sidelines as trading volumes were 23% below normal. 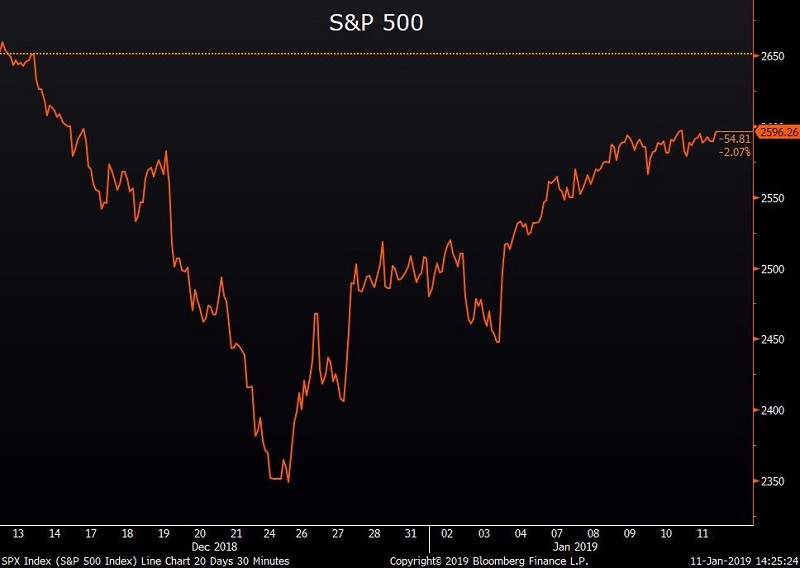 US Dollar woes continue. The U.S. dollar ended the week down .50% as uncertainty surrounding the government shutdown and speculation that the Fed may refrain from further rate hikes sapped investor demand for the greenback. The U.S. dollar index has declined for four consecutive weeks—its longest losing streak in a year. 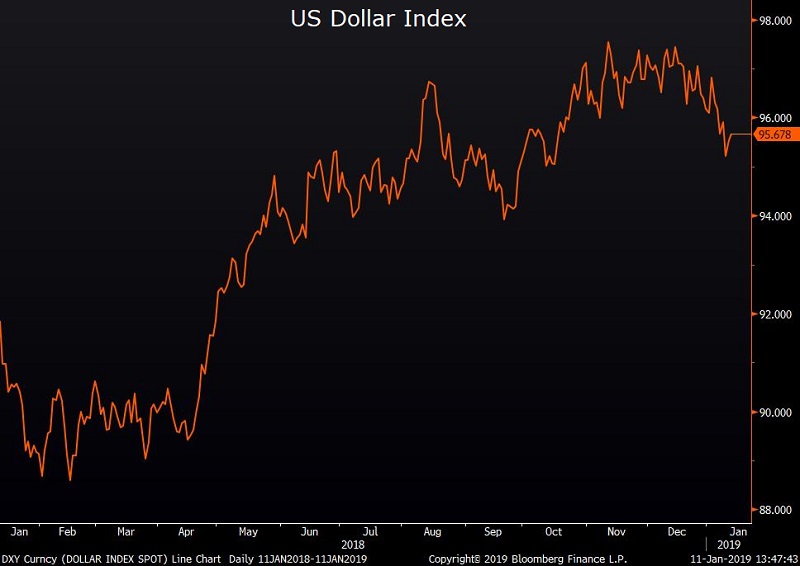 Pound rallies as UK looks to avoid a “hard” Brexit. Markets gained more confidence in the pound sterling as news broke that the March 29th Brexit date may be delayed, regardless of the outcome of Tuesday’s vote on PM Theresa May’s deal to leave the EU.  Ironically, the hostility between the EU and the UK that has characterized the negotiations to date, waned somewhat as a Tory MP Dominic Grieve called for removing the March 29th date from British law, calling it a move to prevent “national suicide” and indicating, as the EU has in recent months, that the Union would grant an extension. The latest developments have buoyed GBP/USD to 1.2833 from week low of 1.2712 earlier in the day prior to the news breaking. 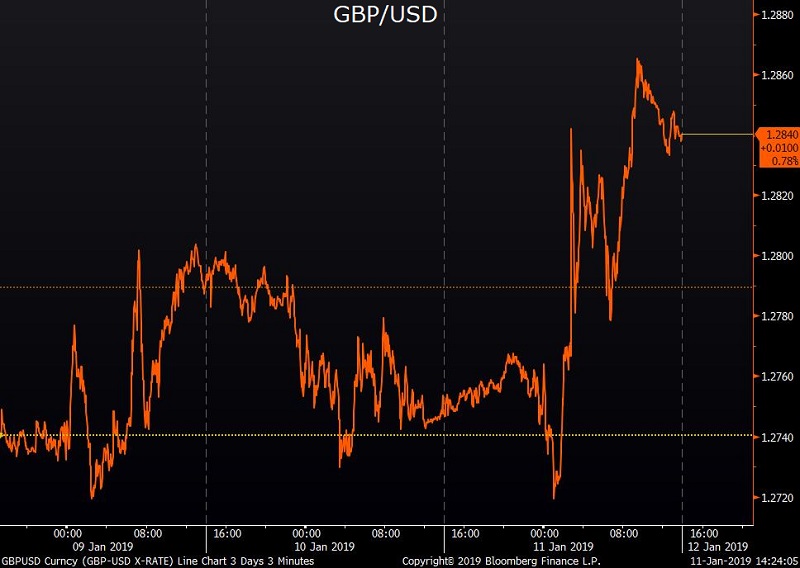 Euro loses steam. The Euro, on the other hand, lost steam during US trading hours, hitting 1.1458 from a session high of 1.1537 in the early morning.  The consensus in the markets was that the currency hit technical resistance levels after hitting a near three-month high earlier this week, however there seemed to be a confluence of secondary factors: the uncertainty around Brexit negotiations and economic inequities between the PIGS (Portugal, Italy, Greece, and Spain) and the countries of Northern Europe- well known, but a continued drag on the world’s second powerful currency as it aims to break out.