Rates little changed as government shutdown enters 24th day. Treasury yields and swap rates moved sideways most of the day, shrugging off comments by former Fed Chair Janet Yellen who said it’s “very possible” that the Fed has made its last rate hike of the cycle. Rate markets also didn’t make any move driven by the continued government shutdown- even as 800,000 federal employees missed a paycheck this past Friday. The ultimate economic impact of the shutdown is still unknown, but real estate firm Zillow estimates that federal employees owe around $438,000,000 in January rent and mortgage payments. The broader financial impact is certain to be much larger. The 10 year Treasury yield closed essentially flat at 2.702% on the day. 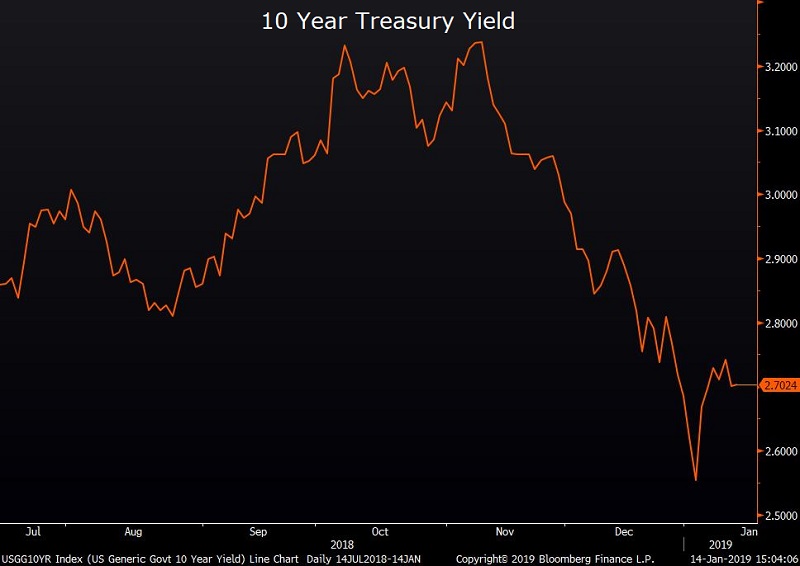 Weak china export data roils Asia markets. Chinese trade activity fell the most in two years- adding to the mounting list of evidence of a Chinese economic slowdown. The weak data does little to strengthen China’s hand in trade negotiations with the US- President Trump said as much today stating that China is “having a hard time with their economy because of the tariffs”. The Hang Seng fell 1.38% on the news. 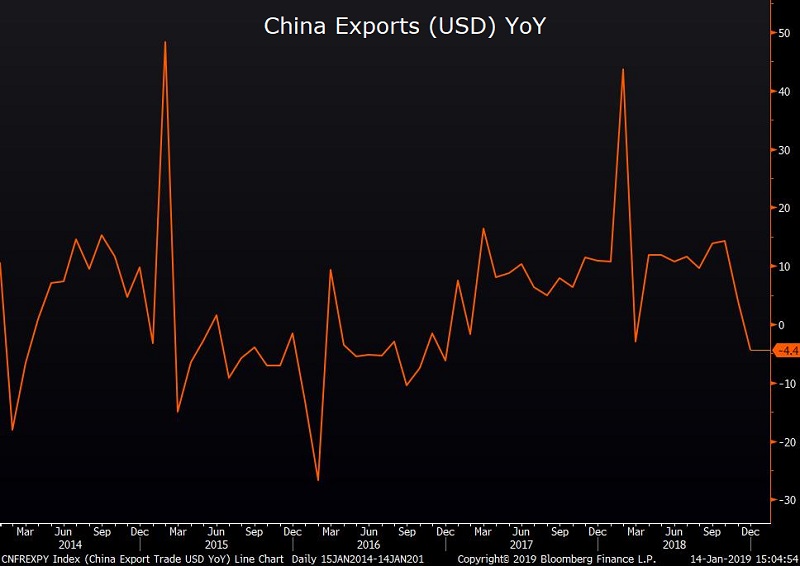 Brexit chaos continues. Prime Minister Theresa May’s final attempt to gain support for her Brexit deal is likely to come up well short- perhaps by more than 200 votes in the UK Parliament. If May’s deal is rejected once more, she’ll be forced to go back to Brussels to try to re-negotiate a revised deal with the EU. She will also likely face a vote of no-confidence amid the political chaos. The FTSE 100 fell  0.91% on the day. 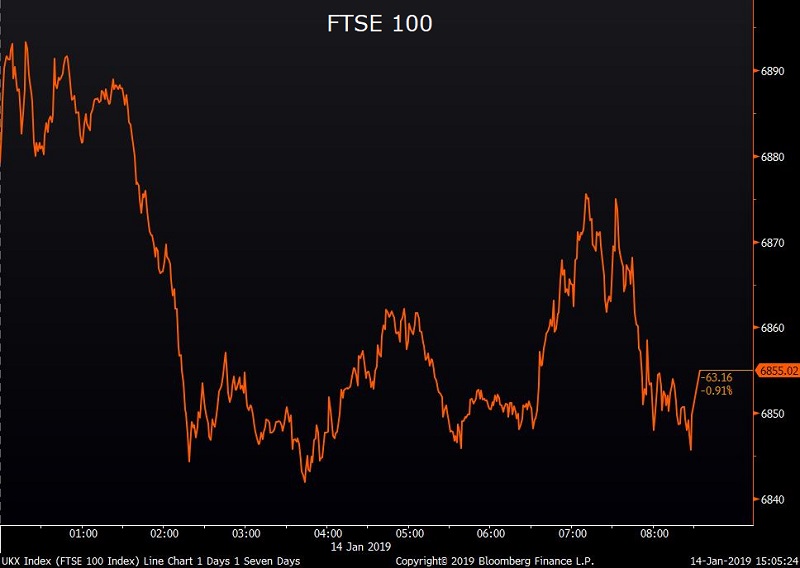 US equities follow European and Chinese stocks lower. US equities fell as concerns around a synchronized global slowdown continue to grow, the S&P 500 fell 0.53% on volume that was 15% lower than average. The Nasdaq and Dow Jones Industrial Average also fell 0.94% and 0.36% respectively as US equities kicked off the first day of earnings season. 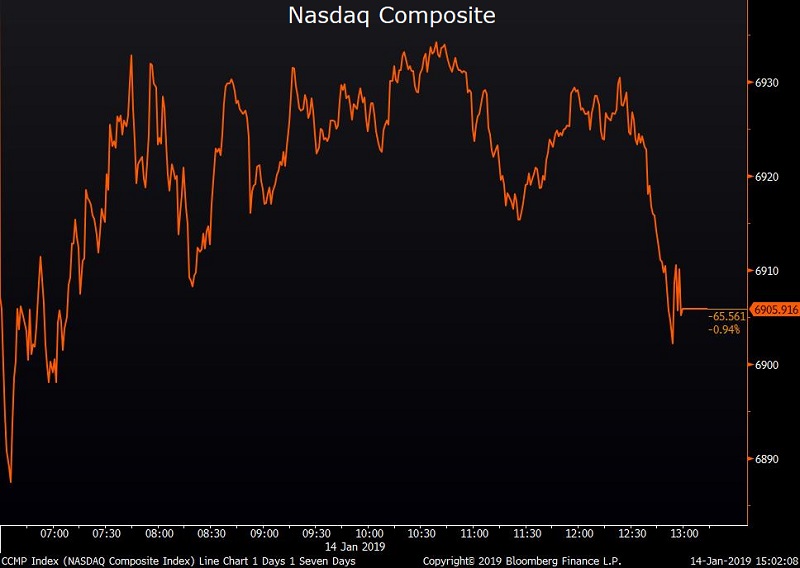