Early results push banks higher as earnings season kicks off. Citigroup, JPMorgan and First Republic all rose after posting better than expected fourth quarter profits. All three banks attributed the earnings increase to expanding net interest margins amid the rising rate environment, offsetting generally weaker trading revenue. Investors will watch bank results closely for any early indicators of the global slowdown that many economists are forecasting for 2019. The S&P 500 Bank Index was up 0.77% on the day: 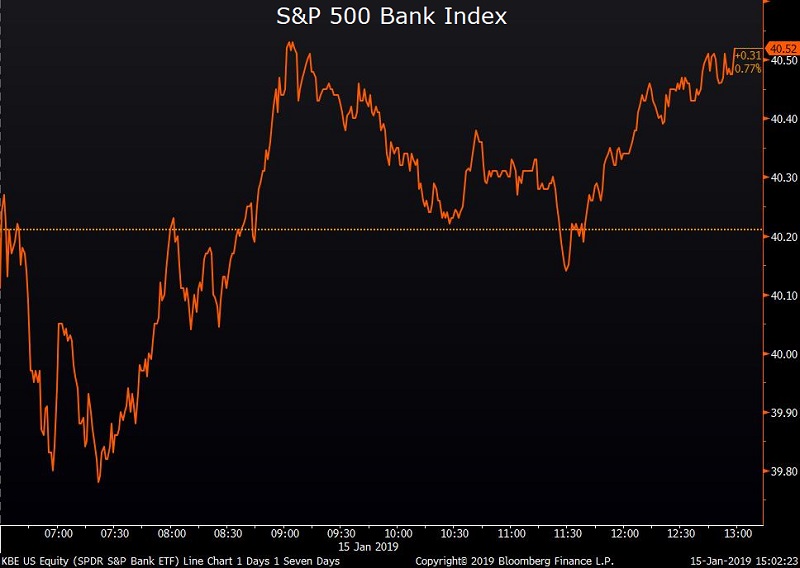 Rates move sideways on the day once more. Treasury yields and swap rates ended little changed, despite the ongoing government shutdown and market uncertainty from events like today’s Brexit vote. Democratic congressional leadership still show no sign of yielding to the President’s insistence on funding for a border wall, and no negotiations are scheduled at the White House this week. Meanwhile, JP Morgan CEO Jamie Dimon has stated that a partial government shutdown could reduce growth to zero, albeit with the caveat that “consumers are in good shape”. 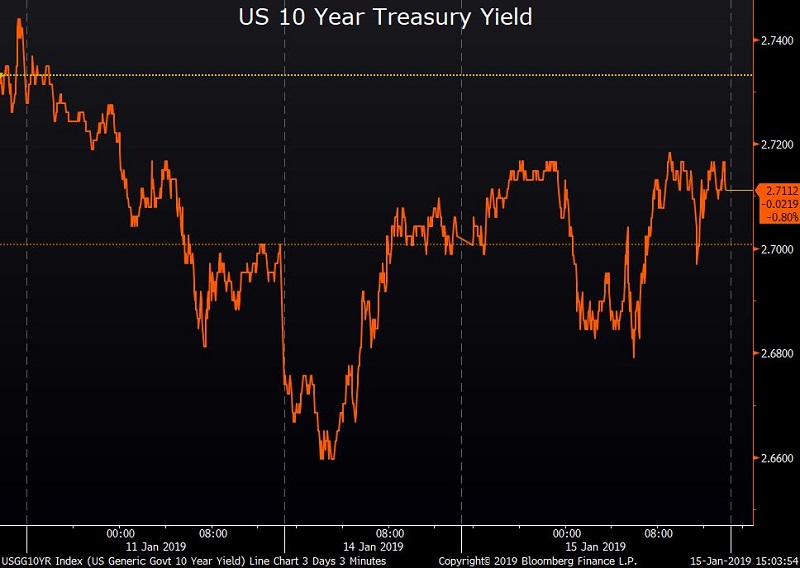 Parliament rejects PM Theresa May’s Brexit deal by 230 votes. Labour leader Jeremy Corbyn immediately seized on the loss and requested a vote of no confidence on the Prime Minister. While Theresa May is expected to win, the second such vote in a month is emblematic of the challenges ahead for the existing UK government. The longer the UK goes without an approved Brexit deal the more likely a second referendum becomes.. European Council president Donald Tusk suggested as much- tweeting: “if a deal is impossible, and no one wants no deal, then who will finally have the courage to say what the only positive solution is?” The pound briefly sold off following the vote, but ultimately rallied to end flat on the day. 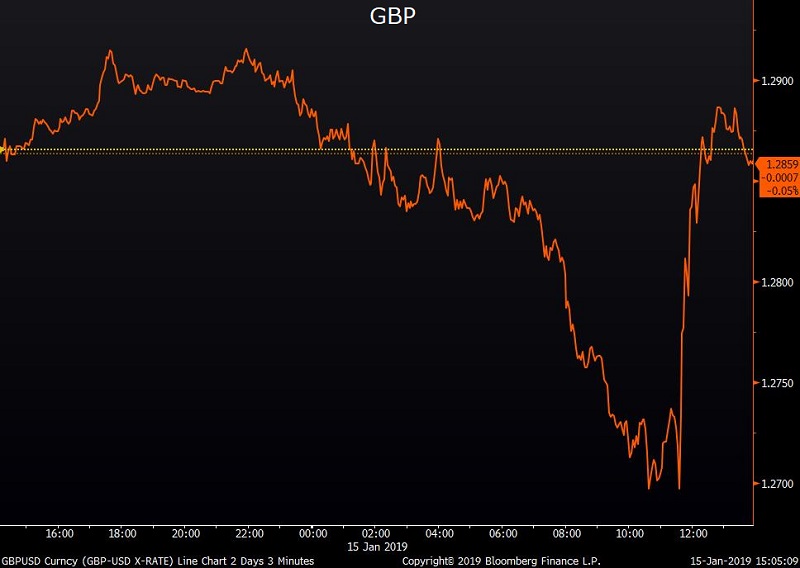 US equities higher despite confluence of global risks. The S&P 500 and Dow Jones Industrial Average rose 1.07% and 0.65% on the day despite the continuing government shutdown and the failed Brexit vote in the UK. Markets were also unfazed by the continued factory slowdown- the US Empire State Factory Survey showed its largest drop in over a year. Looking forward, US investors will be closely watching the results of the 26 S&P 500 companies due to report later this week. 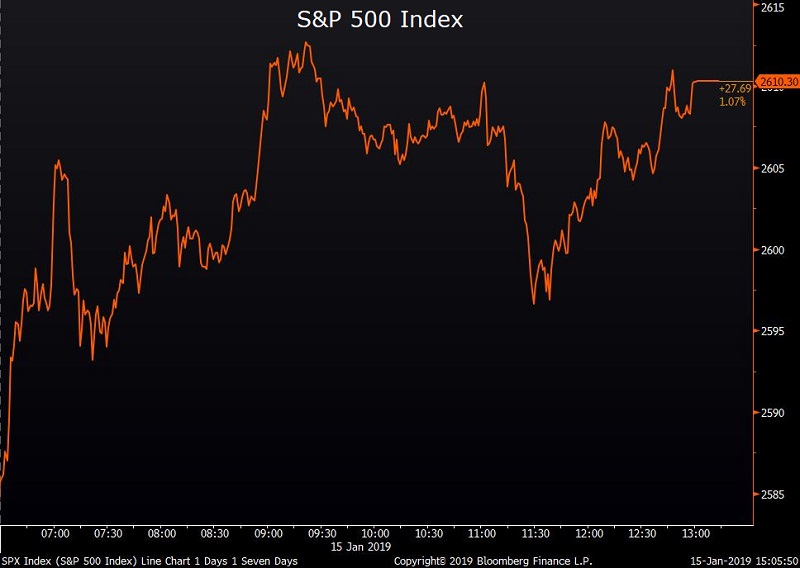