Rates rise amid risk-on sentiment. Treasury yields and swap rates rose a basis point or so across the curve in a day marked by less volatility than we have experienced of late. FOMC member Esther George made comments today which were received well by the market, becoming the latest Fed official to suggest that a pause in rate hikes is warranted. George went one step further, saying that the Fed’s shrinking balance sheet could be a “fair explanation” for some of the recent market volatility- an idea that other Fed officials have yet to suggest. The Fed’s latest Beige Book was released today, reporting “moderate growth” throughout the nation. The Beige Book also highlighted modest but slowing growth in lending volumes amid the rising short term rate environment. The 10 year Treasury yield ended the day at 2.72%. 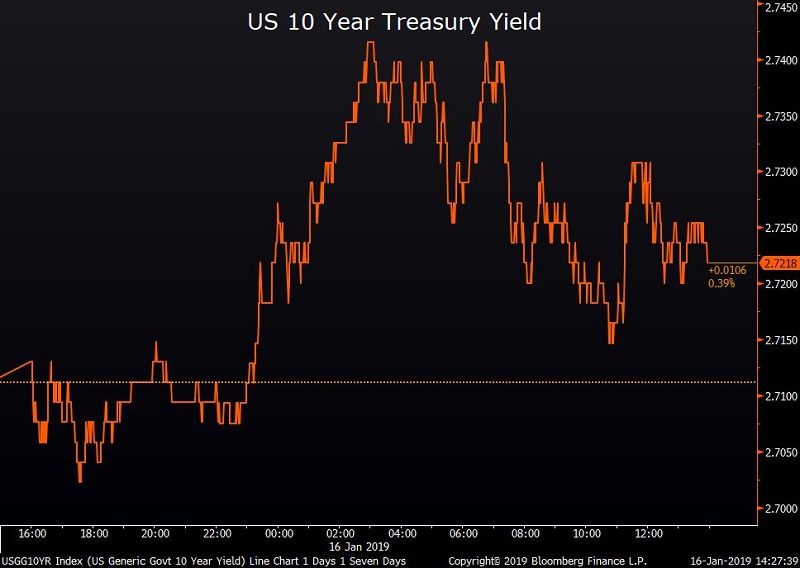 Government shutdown enters its 25th day as Pelosi asks President Trump to delay State of the Union. House Speaker Nancy Pelosi asked the President to delay the annual speech amid concerns that the security detail is unable to provide the required level of protection. The ongoing shutdown stalemate is unlikely to be resolved soon, and casts serious doubt on future priorities such as Congress’ ability to raise the debt ceiling later this year- an issue that could have a much more profound impact on financial markets (Treasurys in particular). 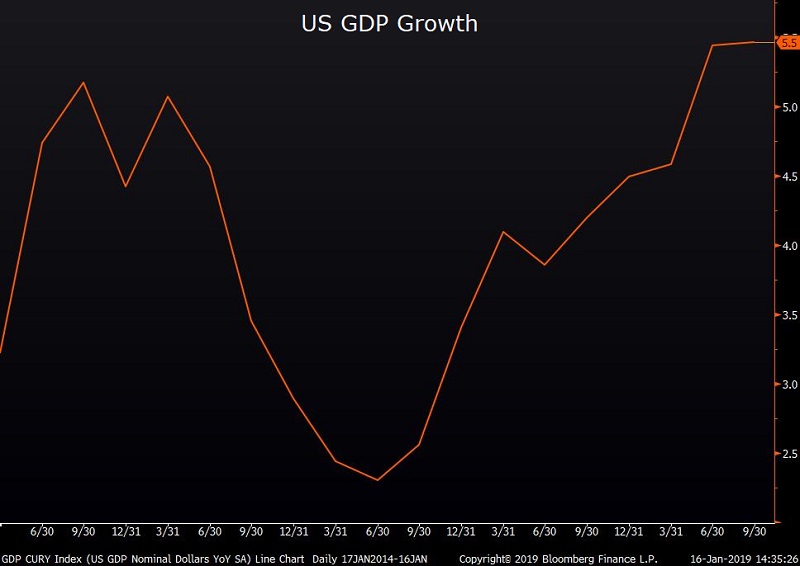 UK markets fall as May survives no-confidence vote. British Prime Minister Theresa May survived by a narrow margin a second no-confidence vote from Parliament. The result sets up another UK negotiation with the EU in an attempt to win a compromise more palatable to Parliament. Despite the positive result for Prime Minster May, a resolution ahead of the March 29th Brexit deadline seems unlikely. The FTSE 100 fell 0.47% on the day. 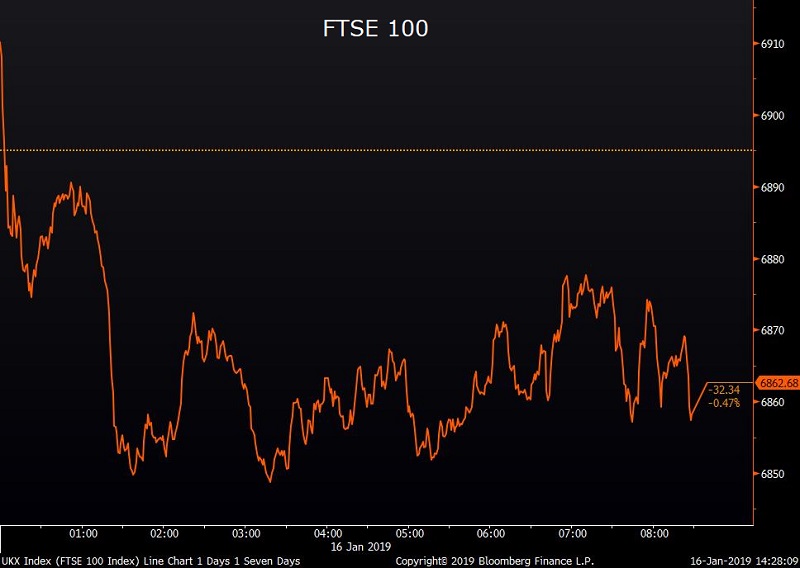 US equities higher as more banks report strong earnings. Both Goldman Sachs and Bank of America beat earnings estimates, rising 10% and 8.2% respectively. The S&P 500 ultimately closed up 0.20%, led higher by financials (+2.2%). The VIX or “Fear Gauge” now sits below 20, a level it hasn’t fallen to since early December. 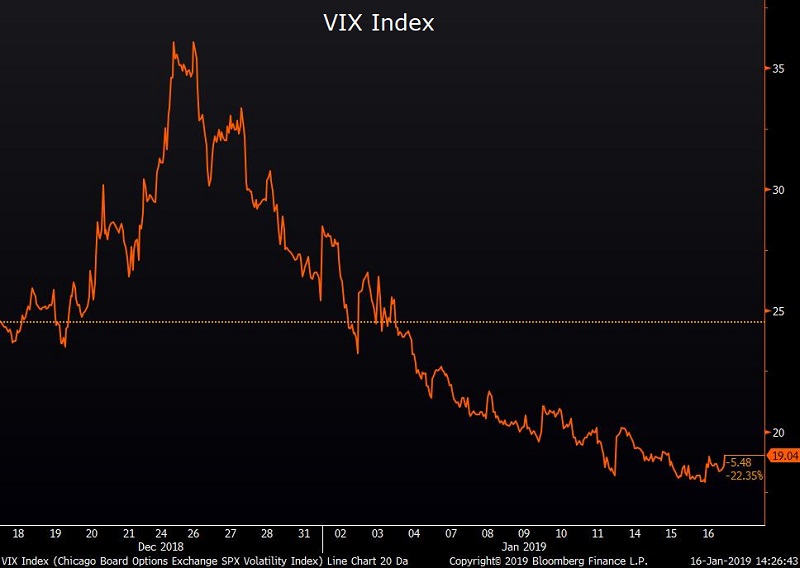