US equities and rates close higher after reports that Trump administration may lift tariffs on Chinese imports. While no official announcement was made, several media outlets claimed that the US is considering lifting tariffs on Chinese goods- giving equities and rates a boost in the middle of the session. Treasury yields and swap rates ultimately ended the day 1-2 basis points higher while the S&P 500 closed up .76% on the day. 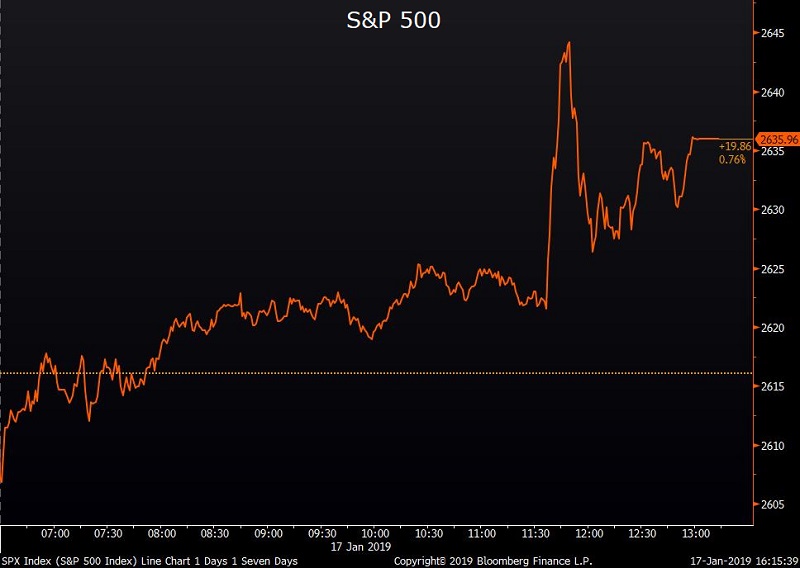 White House says shutdown will have larger than expected impact on economy. White House economic advisor Kevin Hassett admitted that the shutdown’s impact on US growth is larger than previously anticipated. The administration now expects the partial shutdown to subtract .1% from GDP for every week that the government remains shuttered.  Meanwhile, President Trump blocked congressional leadership from making use of military transportation for an overseas trip- hardly the sign of an imminent agreement between the two sides. The shutdown has yet to show in the economic data,  initial jobless claims coming in today below estimates at 213k. Tomorrow investors will closely parse the University of Michigan survey to see if the shutdown has had an impact on consumer sentiment. 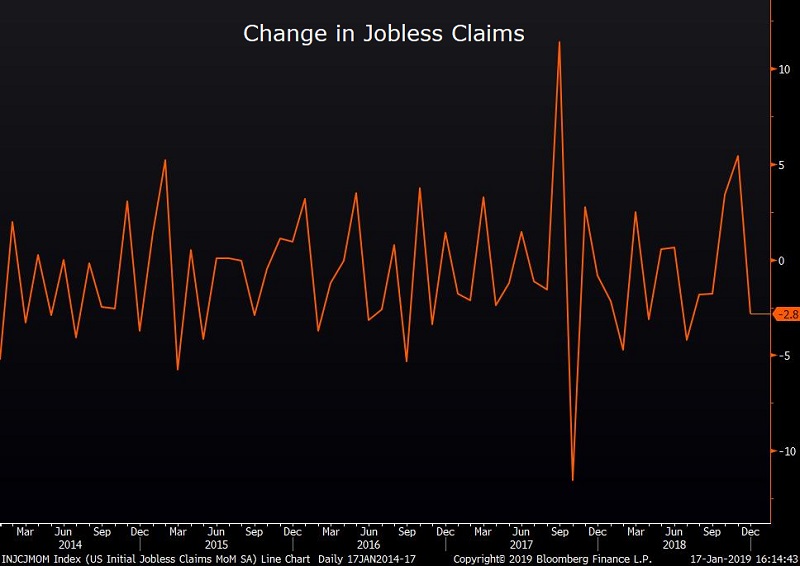 Fed suggests student debt is likely to blame for the housing market slowdown. A new research paper from the Federal Reserve estimates that student loan debt has prevented 400,000 young people from buying homes. “We estimate that roughly 20% of the decline in homeownership among young adults can be attributed to their increase in student loan debts since 2005” the paper stated. If the paper is correct, it could help explain the significant decline in housing sales since the middle of last year. 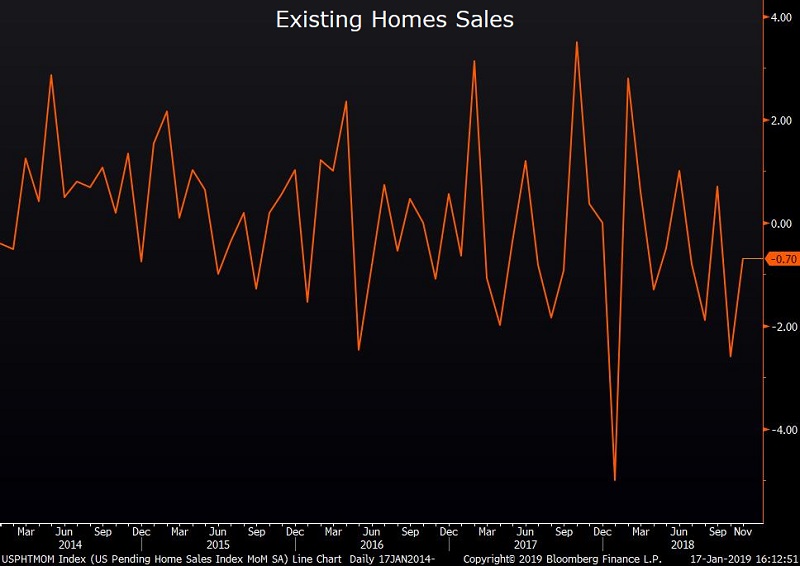