CPI print comes in lower than expected, suggesting inflation remains subdued. The headline Consumer Price Index figure came in below expectations at 2.0% while core-CPI came in as expected at 2.1%. The Federal Reserve will be hesitant to raise rates without a significant uptick in inflation, even as unemployment is at record lows and GDP hovers near potential. Rates markets remained focused on the US-China trade talks as the somewhat positive news on that front helped push yields higher 1.5-2bps across the curve. 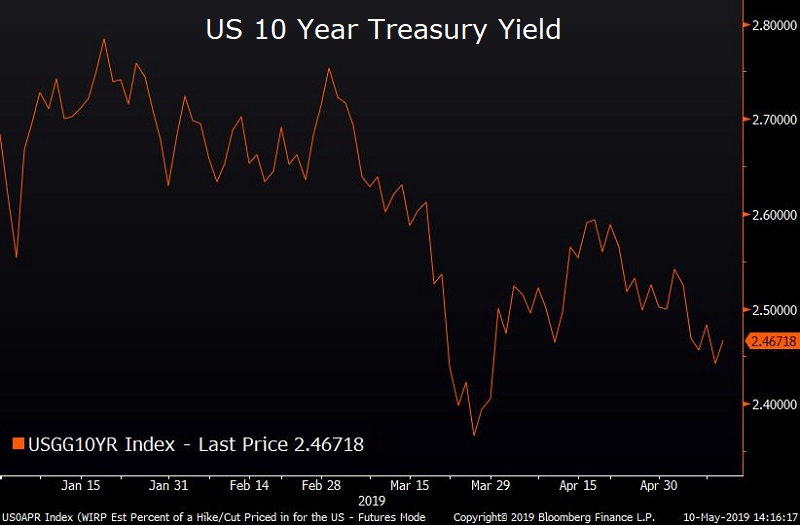 US equities rally from early losses after “candid and constructive” trade talks between US and China. The S&P 500 had fallen as much as 1.6%, but rebounded to close up 0.70% after President Trump said that trade talks between the two countries were constructive. Steve Mnuchin and China’s Vice Premier were also vaguely optimistic, saying the talks went “fairly well.”  The buoyancy around talks came after the US raised tariffs on $200 billion of Chinese goods to 25% from 10% and as China prepared “necessary countermeasures.” 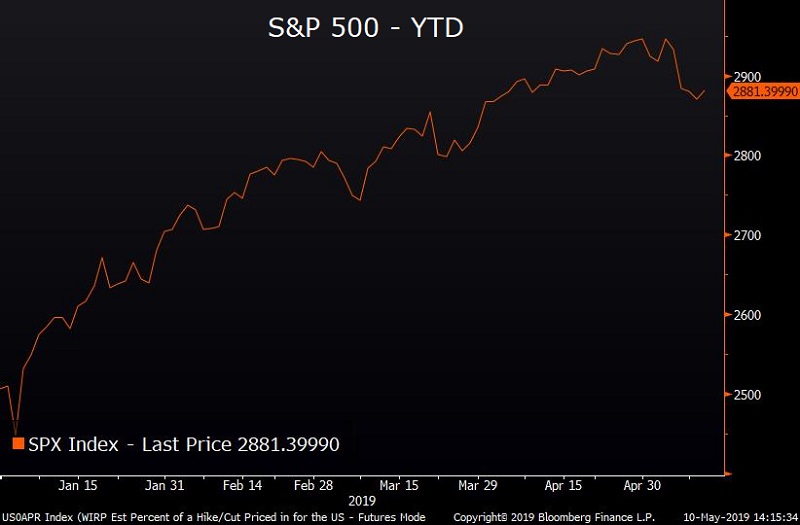 Uber’s highly anticipated IPO fails to meet expectations, falls 6.6% in first day of trading. The ride-hailing company was ultimately valued at $70 billion despite never having turned a profit, and raised $8.1 billion as a part of their IPO. Uber’s first day of trading was likely hurt by sentiment in what amounted to a fairly volatile week in US equities. Uber closed at $41.57, a far cry from the $60 level some analysts had predicted. 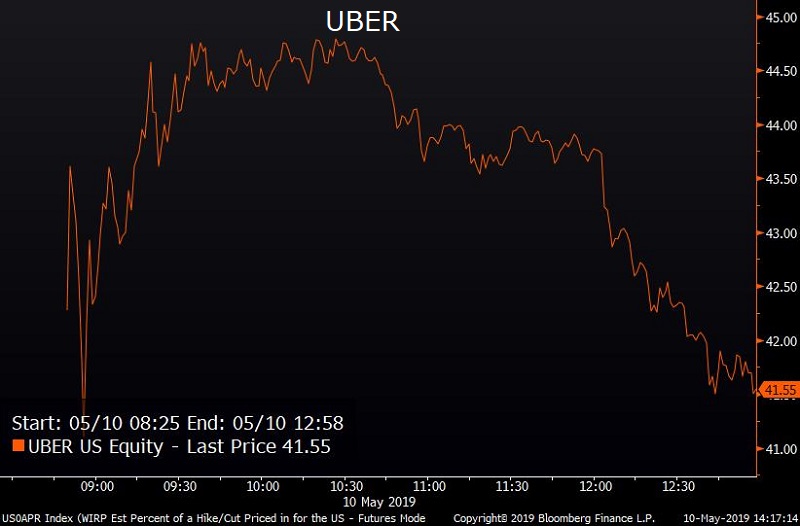