North Korea launches most serious weapons tests since 2017. The launch casts further uncertainty over denuclearization talks with the US after President Trump and North Korea leader Kim Jong Un failed to reach an agreement at a summit in Hanoi earlier this year. North Korea’s return to frequent tests mark a significant deterioration in regional stability, and comes US-Iran tensions escalate as well. In the region, South Korean equities fell over 3% on the day, and credit spreads on South Korean sovereign debt rose to their highest level since January. 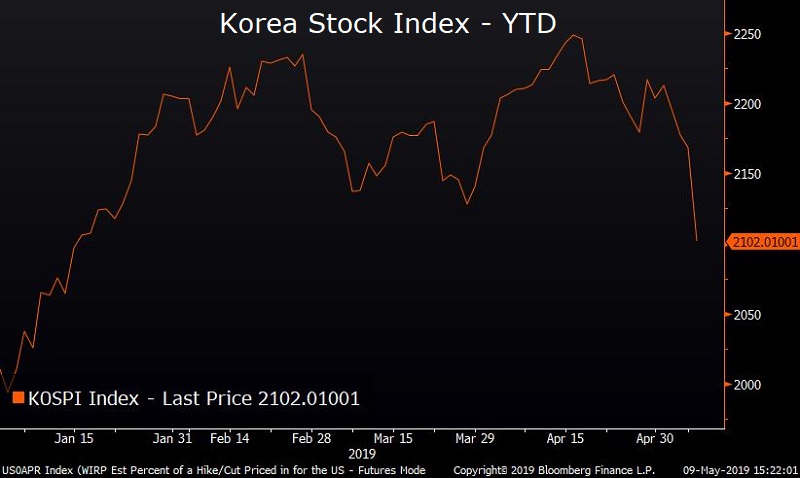 US Treasury auction sees weakest demand in over 10 years. The weakening demand has come as yields have fallen significantly and as foreign demand for Treasurys is at cycle lows. Today’s quarterly refunding sale of 10 year notes came in at a yield of 2.479%, three basis points above current yields, and had a bid-to-cover ratio of 2.2—the lowest since August of last year. Treasurys were the beneficiary of a safe-haven bid today. Treasury yields and swap rates both closed down 3-4 basis points across the curve. Tomorrow will bring a key CPI report. Consensus estimates call for an annualized headline inflation rate of 2.1%. 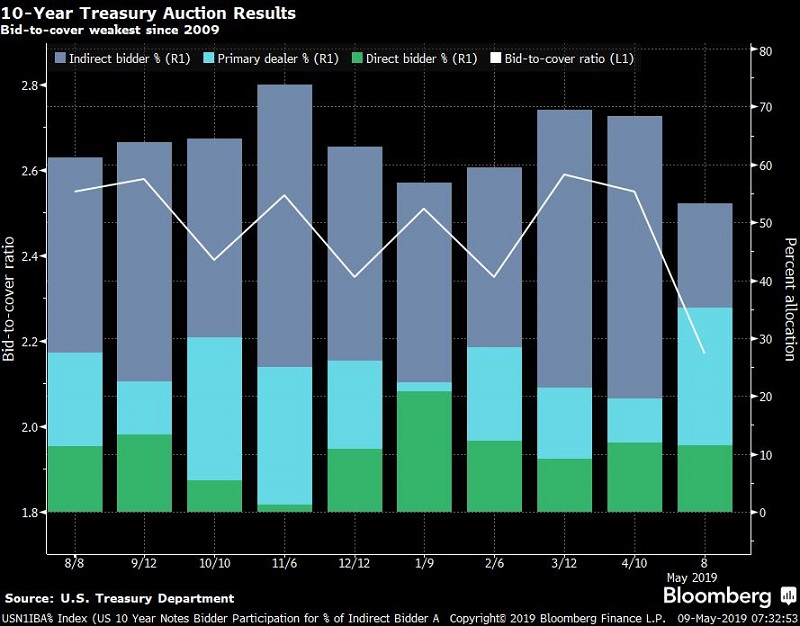 US equities fall again, but close off the lows after President Trump receives “beautiful letter” from China leader Xi Jinping. US equities had fallen as much as 1.5% as investors braced for new tariffs to be levied on Chinese goods. However, they reversed course after President Trump said that he had received a “beautiful letter” from Chinese Premier Xi Jinping promising to collaborate with the US to reach an agreement on trade. The S&P 500 and Dow Jones Industrial Average closed well off their lows, down -0.30% and -0.54% respectively, but are still on track for their worst week since last December. 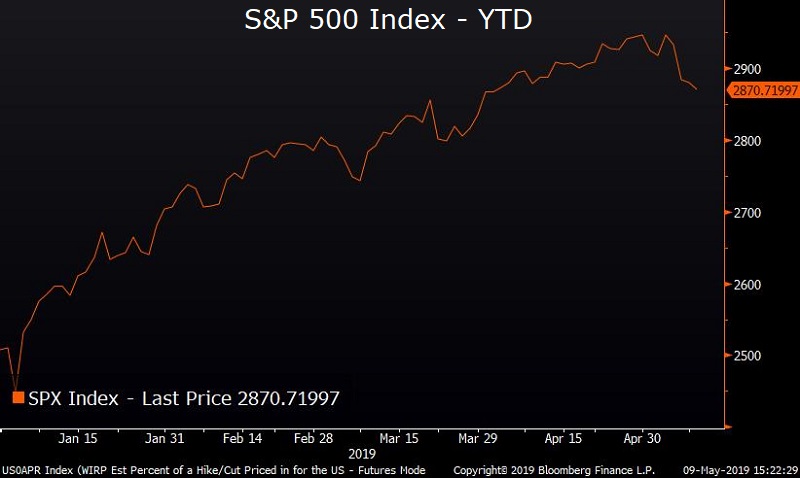