US equities rebound after Trump tweet spurs hope for trade resolution with China. Equities had initially sold off to start the day but quickly reversed course after President Trump tweeted that Chinese Vice-Premier Liu He would be coming to the US to “make a deal.” While markets took solace from the tweet, JP Morgan CEO Jamie Dimon said during an interview that he doesn’t think a trade deal gets done by Friday, but that the long term odds of the US and China reaching a trade agreement were around 80%. The S&P 500 closed down 0.16% while the Dow Jones Industrial Average closed up 0.01%. 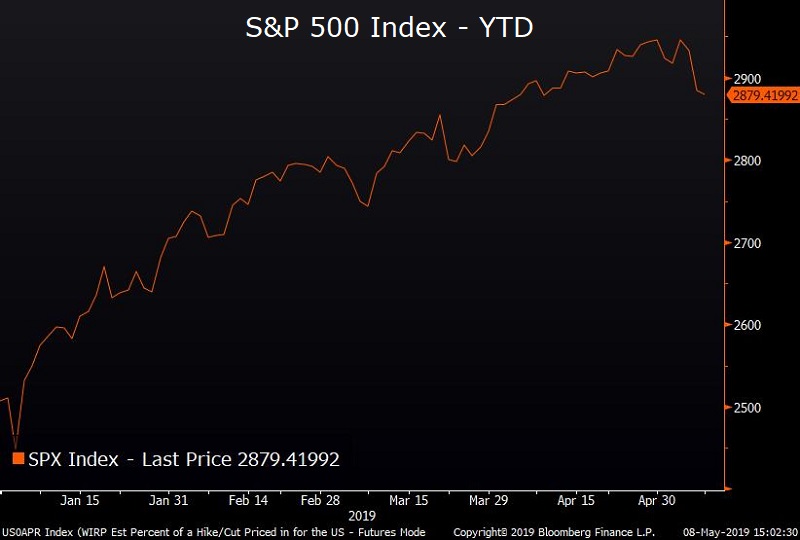 Rates rise as trade risks moderate. Some of the selloff in the Treasury market was attributable to two of the year’s largest corporate bond issuances as IBM and Bristol Myers Squibb came to market with a combined $40 billion in debt over the past two days. Treasury yields and swap rates rose 2-3 basis points across the curve. Fed funds futures now imply a 62% likelihood of a rate cut by 2020, and a 0% probability of a hike by the end of the year. Looking ahead to the remainder of the week, Fed Chair Jerome Powell will speak will speak tomorrow at 8:30 AM, and the Labor Department will report on April consumer prices on Friday morning. 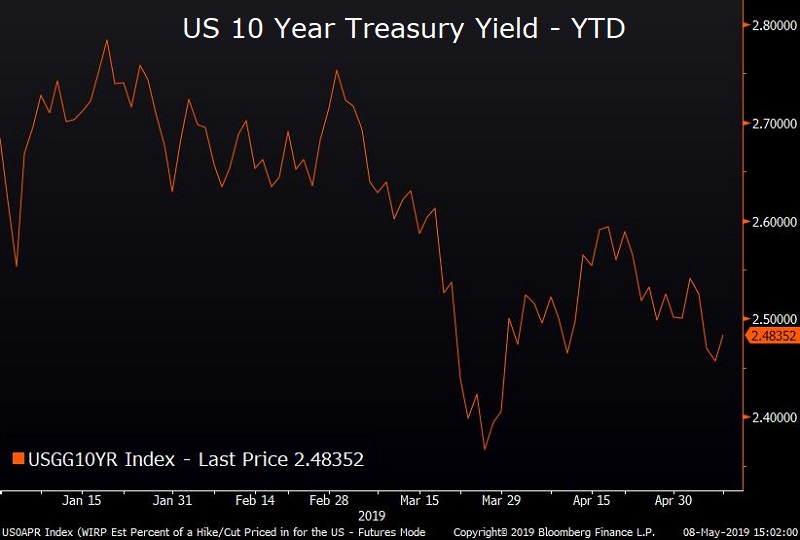 US-Iran nuclear deal at risk of collapse after Iranian president says the country will cease to honor key commitments. The move marks the latest unravelling in Iran’s landmark nuclear deal, and comes even after the US had ramped up pressure and sanctions on the country. US Secretary of State Mike Pompeo cancelled a trip to Europe and instead will travel to the Middle East in response to Tehran’s actions. US crude oil rose by 0.80% in response to the rise in tensions. 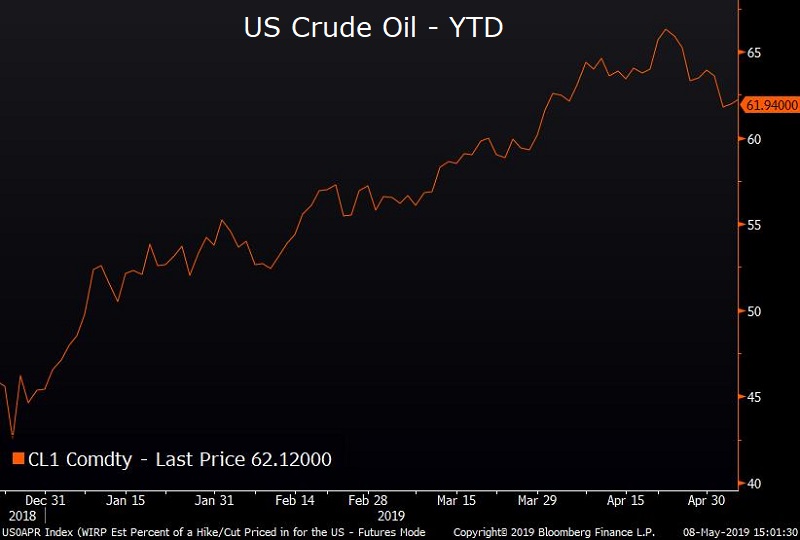