US equities have worst day since January, VIX rises to 19 as sell off continues. The US administration’s tough talk on trade was a major catalyst, with US senior officials accusing their Chinese counterparts of backtracking on their promises during trade talks. U.S. Trade Representative Robert Lighthizer and Treasury Secretary Steve Mnuchin confirmed that the administration would raise tariffs on China on Friday, and even got support from Senate Minority leader Chuck Schumer who urged President Trump to “hang tough on China.” US equities did not take the comments well, with the S&P 500 falling 1.65% while the VIX or “Fear Index” rose to 19.32- its highest level in four months. 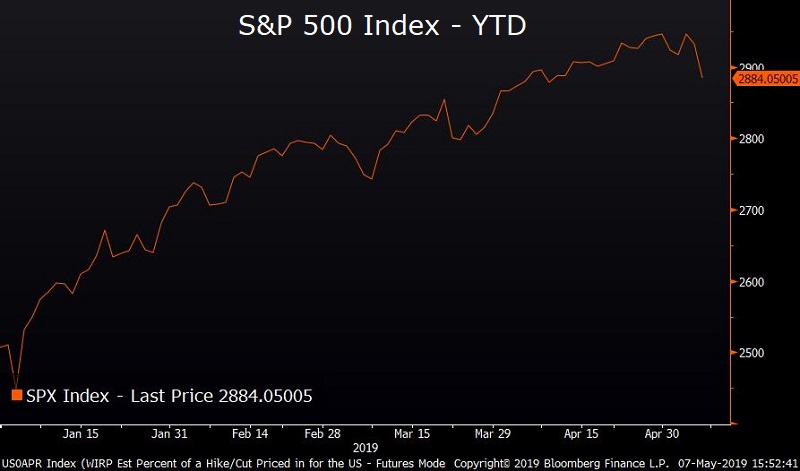 Treasurys continue to rally in risk-off session. Price action in Treasurys was somewhat muted compared to risk assets, but yields still fell 0.5-1.5 basis points across the curve. The yield curve continued to flatten, as the spread between 2 year and 10 year Treasury yields fell to 16.8 basis points. Despite the limited price action, the MOVE Index- a measure of hedging demand in interest rates, ticked up to 52.36, it’s highest level in over a month. 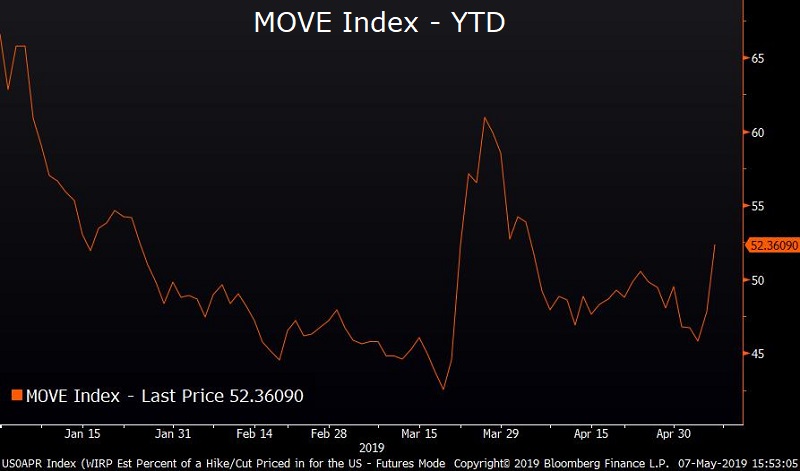 Republican senators work to compile list of Fed candidates. A group of congressional Republicans, led by Senator Thom Tillis, are putting together a list of Fed candidates as Stephen Moore and Herman Cain were dropped after Republican opposition to their nominations. The group has put together a list of 12 candidates, which they aim to whittle down to a list of four by the end of the year. The Federal Reserve Board of Governors has only five of its seven seats filled at the moment, underscoring the remarkable impact President Trump will have on the institution when and if two of his candidates fill the open seats. 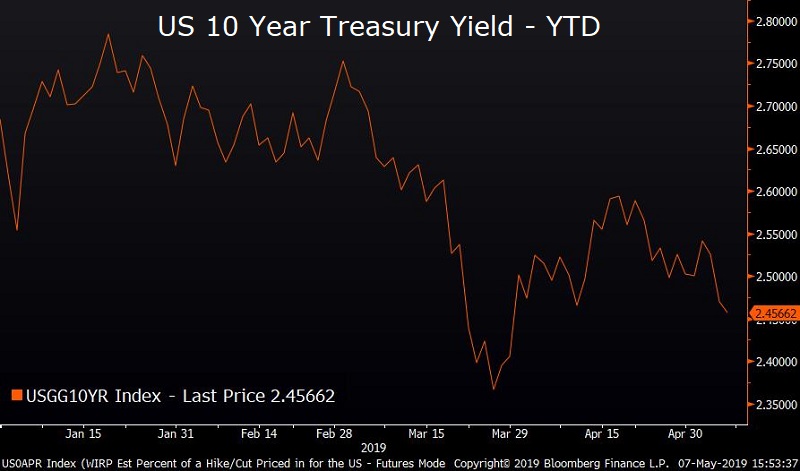