Stocks pull back after Chinese officials cancel trip to US farms, re-igniting trade fears. Stocks had climbed higher to start the day but quickly fell after news broke that China’s trade delegation was headed back to China early. The delegation was supposed to visit farms in the US heartland next week, presumably as a gesture of good faith after agreeing to purchase additional US agricultural products. The abrupt cancellation came shortly after President Trump said he wasn’t interested in a “partial deal” with China, the President also conceding that despite his strong relationship with Chinese President Xi, the two were having “a little spat.” US equities fell across the board in reaction to the news, the S&P 500 falling 0.49% while the Dow Jones Industrial Average fell 0.59%. 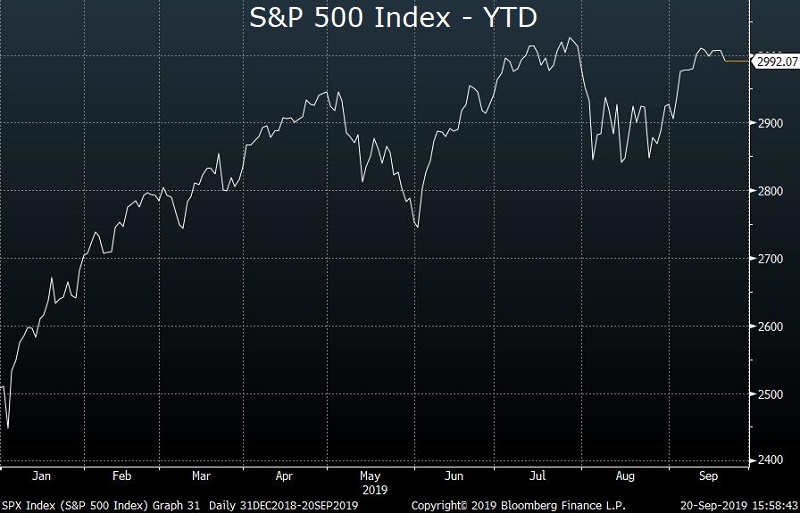 Treasurys benefit from trade fears, rates fall 3-6 basis points across the curve. Swap rates and Treasury yields fell  4-6 basis points across the curve today in reaction to the latest trade news. Also affecting rates markets was the Fed’s continued intervention in money markets- though the federal funds rates and SOFR both retreated dramatically from yesterday’s elevated levels. Boston Fed President Eric Rosengren and Dallas Fed President Robert Kaplan both spoke today and signaled some hesitation towards cutting rates again in 2019. Both are relatively hawkish compared to the rest of the FOMC but public comments by any Fed officials will be of increased interest now that the FOMC appears divided on their next policy move. 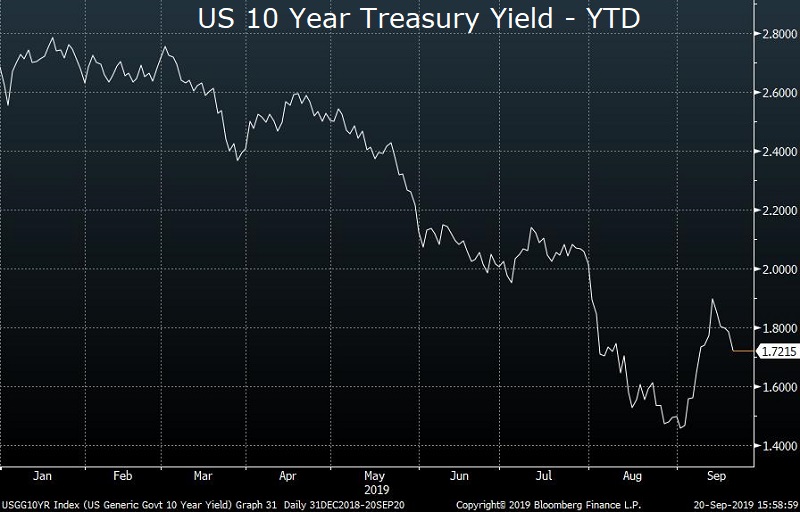 Week Ahead. Next week a proliferation of Fed officials will speak (nearly 11 different ones over five days) with NY Fed President John Williams and St. Louis Fed President James Bullard kicking things off on Monday. New Homes Sales, Q2 GDP figures and Personal Income data round out the week.