Fed cuts rates by 25 basis points as expected, but FOMC remains divided on future outlook for rates. In a somewhat anticlimactic move, the Fed decided to cut their policy rate by 25 basis points to 1.75%-2.00%, citing growing headwinds and low inflation. The rate decision was not unanimous as Boston Fed President Eric Rosengren and Kansas Fed President Esther George both voted to keep rates unchanged, and St Louis Fed President James Bullard voted for a 50 basis point cut. The updated “Dot Plot” which shows FOMC member’s expectations for future rates illustrates the growing division among members, 7 “dots” expecting an additional rate cut this year, 5 dots expecting no change in rates and 5 dots expecting an increase in rates before year end. 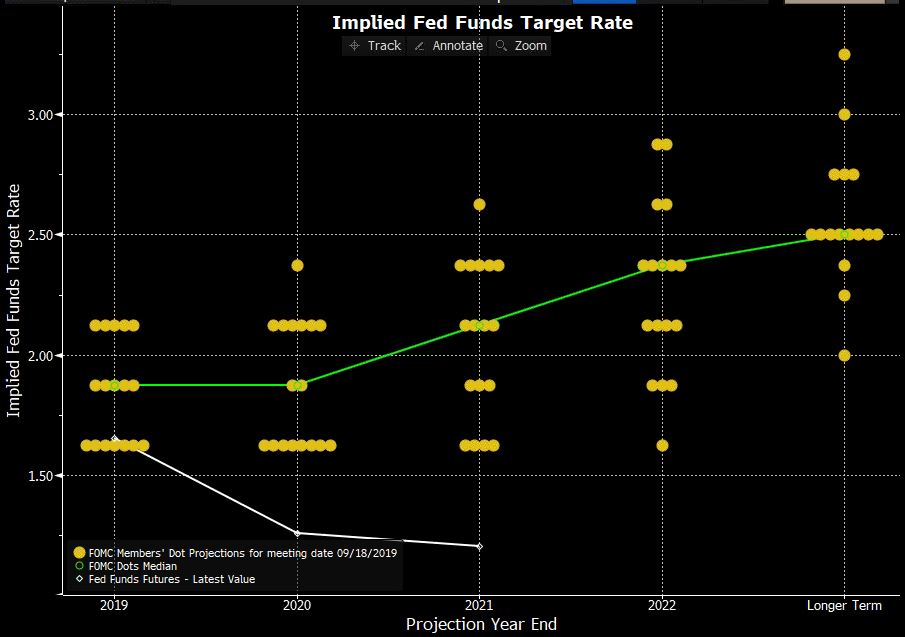 After falling as much as 5 basis points on the day, rates climbed to finish the day nearly flat after the FOMC decision and press conference. The 10 year Treasury yield would end the day at 1.796% only 3 basis points higher than the 2 year Treasury yield as the yield curve flattened. Turning ahead to the next FOMC meeting (held on 10/30/2019), Fed Funds futures imply a great deal more uncertainty about what the Fed’s next move will be, currently pricing in a 41.3% likelihood of an additional rate cut and a 58.7% likelihood of no change to policy rates. 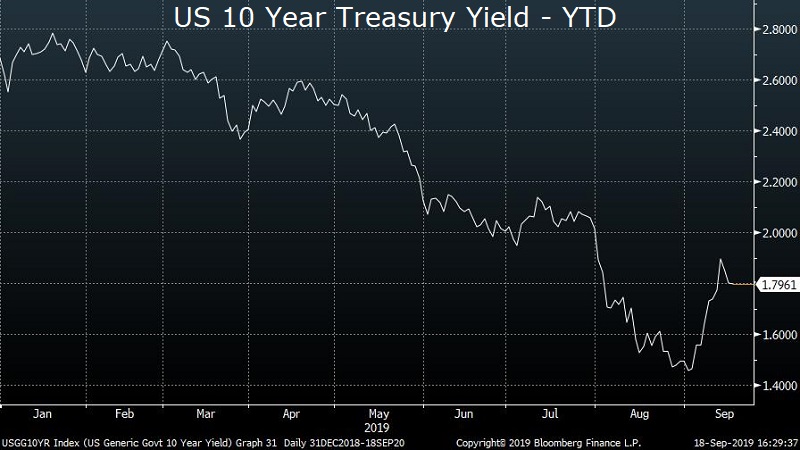 US equities close narrowly higher. The S&P 500 and Dow Jones Industrial Average finished higher by 0.03% and 0.13% respectively after spending much of the day in the red. In a positive for markets crude oil continued to fall (-6%) as Saudi Arabia assured the market that it had already restored half of the production it lost after a drone attack last weekend. The White House is now pushing for an international coalition to exert pressure on Iran (who the US blames for the drone attack), a reassuring move for markets who had interpreted President Trump’s “locked and loaded” tweet as a sign the US would stage a military intervention. 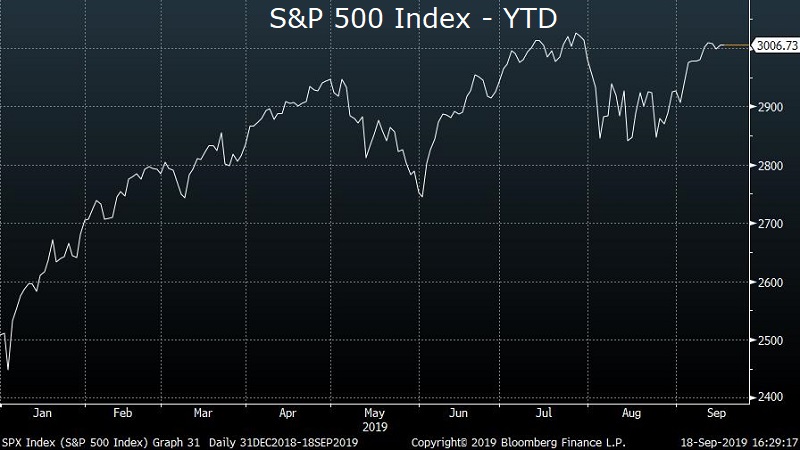