Fed Funds futures pricing in 100% likelihood of rate cut on eve of Fed decision. Markets have long expected the Fed to cut rates tomorrow, having priced in an over 50% likelihood of a rate cut to the 1.75%-2.00% range since the start of June. The only uncertainty that remains is how the FOMC’s statement will change, and what Fed Chair Jerome Powell will say in his subsequent press conference. Powell has proven much less adept than his predecessors at communicating clearly during such press conferences, his sometimes conflicting statements leading to large price swings on Fed day. Apart from potential communication risks, the market will also closely dissect Powell’s statement for any hints around further rate cuts and possible monetary stimulus. 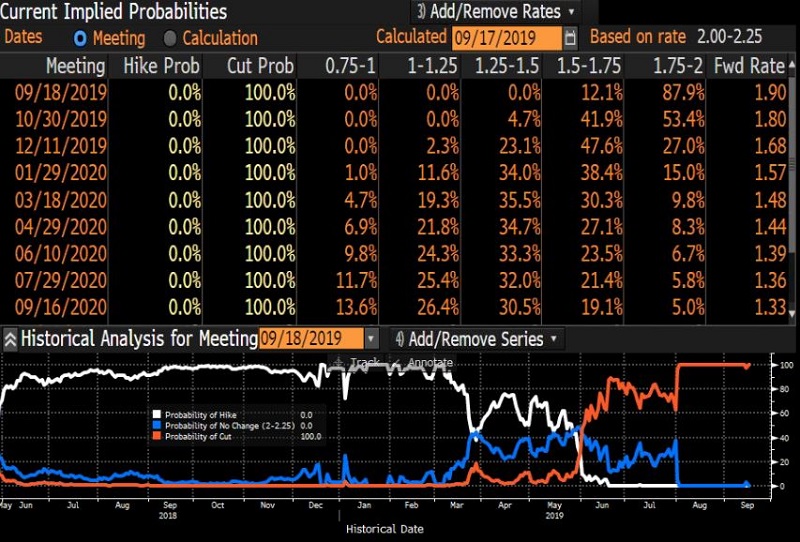 US equities bounce back as oil retreats. Less than a day after rising nearly 11%, US crude fell 5.7% to $59.34/barrel as Saudi Arabia’s energy minister said that oil production will be fully restored within two weeks following last weekend’s drone attacks. The S&P 500 fluctuated between a gain and loss all day but ultimately strengthened to end the day up 0.3% while the Nasdaq closed higher by 0.4%. 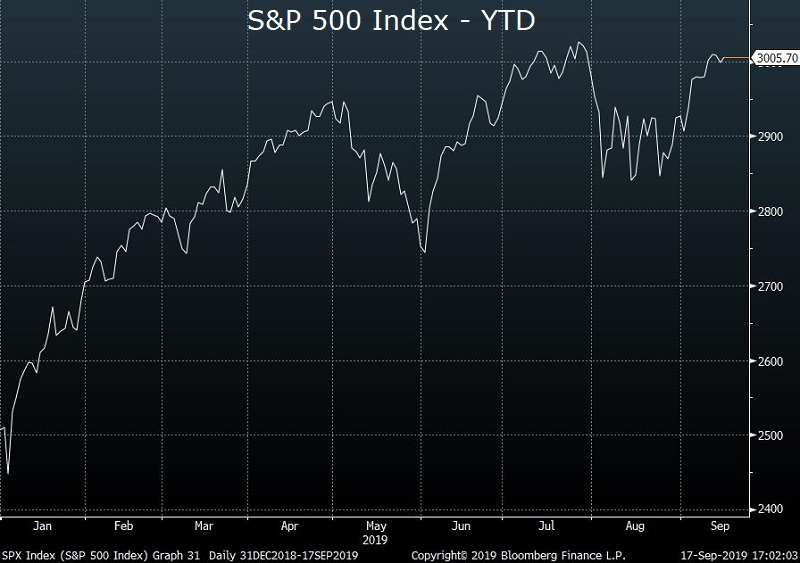