Tariffying tweet sends risk assets tumbling lower once more. Equities were originally in the green to start the day, even taking Fed Chair Powell’s somewhat gloomy Jackson Hole speech in stride before plummeting lower after President Trump tweeted harsh criticism of the Fed and promised additional retaliatory tariffs on China. The details of those tariffs quickly emerged, President Trump tweeting that on October 1st the US would raise tariffs on all Chinese goods by 5%. The S&P 500 and Dow Jones Industrial Average fell 2.59% and 2.37% each, led lower by sectors like technology and energy that are most likely to be harmed by continued trade uncertainty. The VIX or “Fear Index” jumped up three points to 19.87- an elevated level but not near the highs of the year. Today’s price action pulled equities into negative territory for the fourth consecutive week. 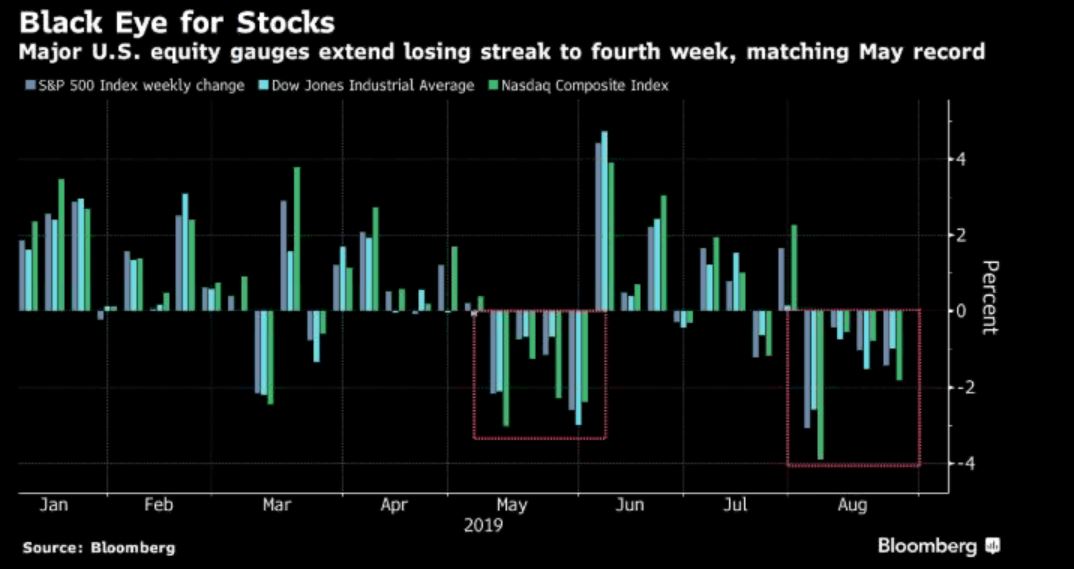 Rates gap lower across the curve after yet another trade war escalation. Treasurys benefited from yet another safe haven rally, shooting higher as investors fled to bonds following the latest trade conflict escalation. Treasury yields would fall 8 basis points across the curve, the spread between 2 year and 10 year yields remaining positive by a slim margin of .2 basis points. Earlier in the day Fed Chair Powell seemed to confirm that the Fed would once again cut rates in September, but stopped short of promising additional cuts, saying that “monetary policy…cannot provide a settled rulebook for international trade.” 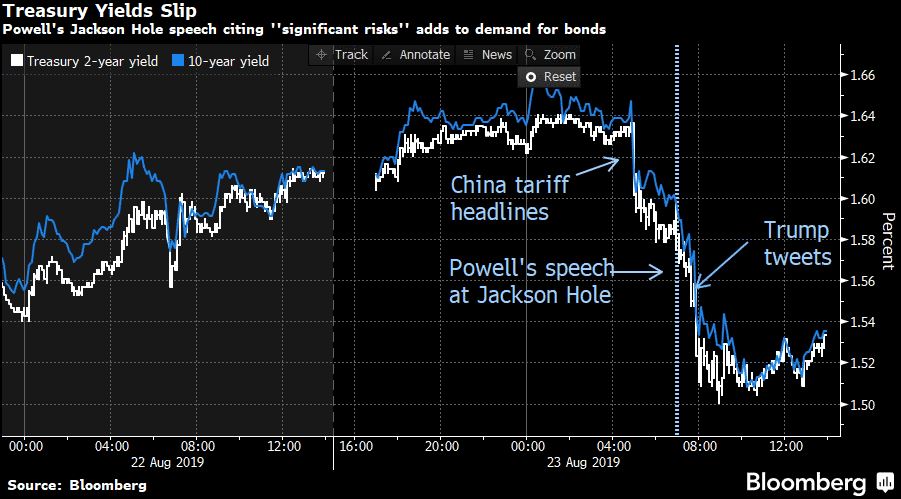 Week ahead. Next week will kick off with the latest durable goods orders figure for the month of July. On Wednesday San Francisco Fed President Mary Daly (non-voting member of the FOMC) will give a speech on inflation. On Thursday the second estimate of Q2 GDP will be released. Personal income and spending data- the Fed’s preferred measure of inflation- will close out the week on Friday.