US equities end winning streak as rates fall lower once more. US equities fell for the first time in four days, following European and Asian equities lower. The move comes as investors digest the prospect of fiscal stimulus from Germany and potentially even the United States, and as Italian assets come under pressure after Prime Minster Giuseppe Conte announced his resignation. The S&P 500 ultimately closed lower by 0.79% while Treasurys rose yet again, the 10 year yield falling 5 basis points to 1.55%. Markets will now turn their attention to tomorrow’s Fed minutes release and the Jackson Hole Economic Symposium later in the week. 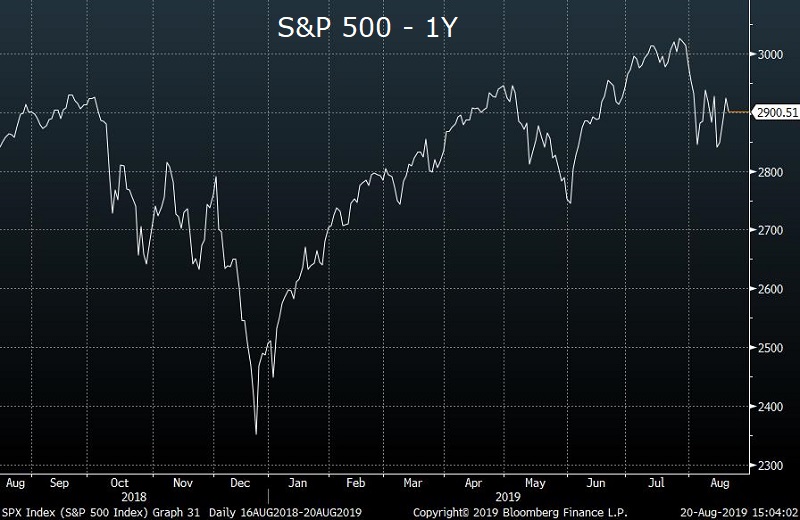 White House said to consider tax cuts to stimulate economy. The Trump administration has increasingly pushed back on the notion that the economy may be decelerating as the 2020 election looms a year from now. It’s no secret that President Trump, more so than his predecessors, views the stock market as a live scoreboard for his presidency, increasing the likelihood that administration may attempt to push through policy to prolong the longest bull market in history. Cutting payroll taxes would be one such way to do so, President Trump this afternoon telling reporters that the administration is “always looking at [cutting] payroll taxes and capital gains taxes.” 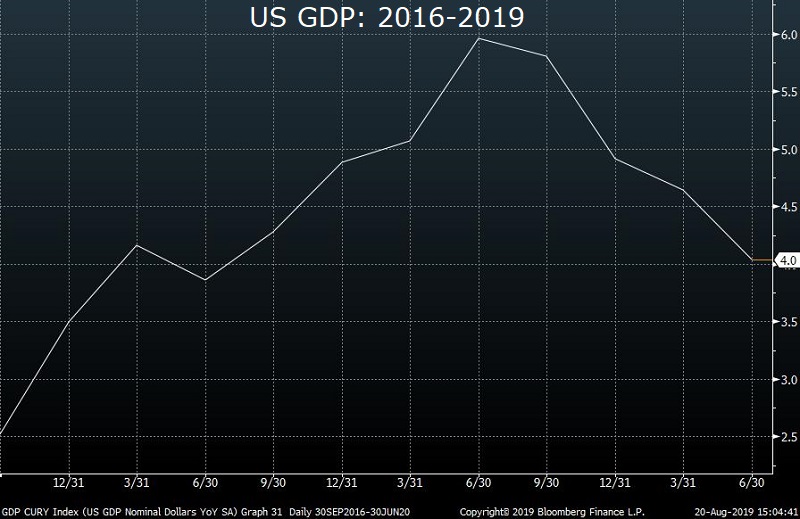 EU rejects UK Prime Minister Boris Johnson’s Brexit demands, sets up terse negotiations in the coming days. Donald Tusk, president of the European Council, rebuffed Johnson’s demands for the removal of the Irish Backstop that remains the sticking point in Brexit negotiations. New PM Boris Johnson has already expressed a willingness to initiate a “hard Brexit” if the UK is unable to re-negotiate acceptable terms with the EU. The impact on the UK economy has already been profound, growth having lagged significantly behind the Eurozone and the US since the Brexit referendum passed in the middle of 2016. 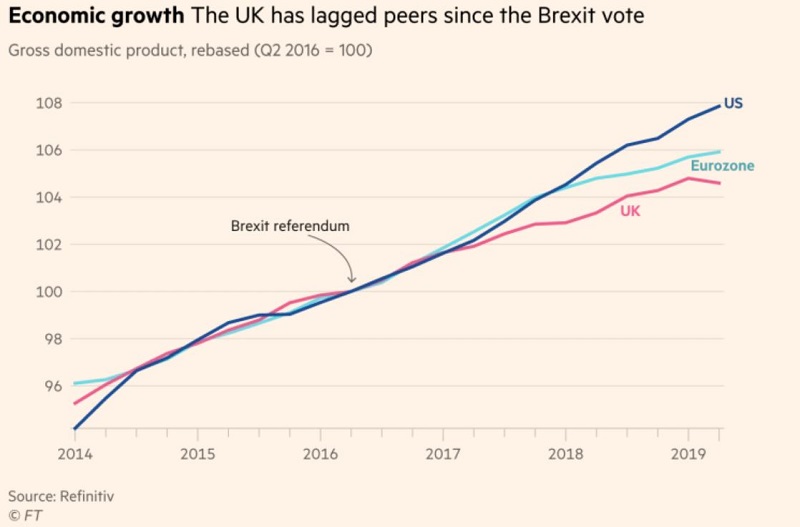