Treasury yields rise 6+ basis points across the curve as busy Fed week kicks off. Treasurys gave back some of last week’s significant gains today, yields and swap rates rising 6 basis points across the curve. The spread between 2 year and 10 year Treasury yields has also widened out since last week’s momentary inversion- now sitting at 6 basis points. This week will be an important one following the volatility of the past two weeks, with the always important FOMC minutes being released on Wednesday and the kicking off of the Jackson Hole Economic Symposium later in the week. Markets will closely watch the events in Jackson Hole for any guidance around the Fed’s next rate decision in September. 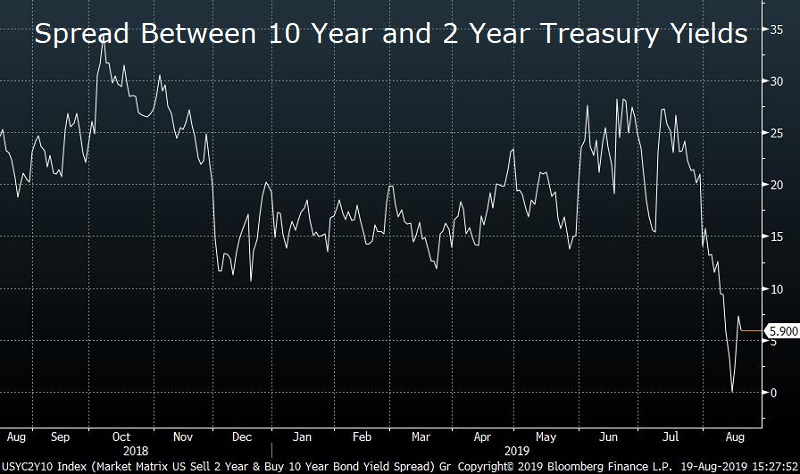 US equities bounce back as US officials express optimism around trade talks. Markets continued to seesaw on trade news, risk assets climbing on the day as President Trump tweeted that the US was “doing very well with China, and talking.” The optimism around trade had a particularly strong impact on semiconductor stocks exposed to trade, names like Nvidia and Advanced Micro Devices rising over 2% each. Bank stocks also rallied as rates bounced higher, the S&P Bank Index rising 1.17% on the day. 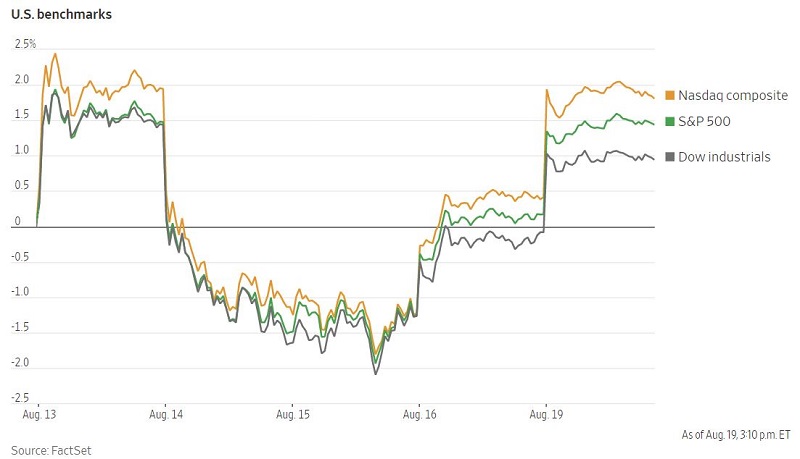 Bundesbank warns Germany could fall into recession. Germany’s central bank warned that the sharp drop in exports and a decline in industrial production will likely pull Europe’s largest economy into a recession by the end of the year. The latest GDP figure out of Germany showed the economy shrinking by 0.1% in the second quarter as headwinds from trade slowed the export-driven economy. The slowdown comes with policy rates already in negative territory and increases the pressure on Mario Draghi and the European Central Bank to initiate further stimulus to combat the slowdown.