ECB leaves rates unchanged, sets stage for easing at September meeting. The ECB’s rate decision and subsequent press conference paved the way for fresh stimulus to boost a slowing eurozone economy. ECB President Mario Draghi said the central bank will look at a range of tools to combat disinflation, adding “we don’t like [low inflation], and therefore we are determined to act.” There had been some speculation that the ECB could cut rates today after a report earlier this week showed that German manufacturing activity sank to a ten year low, but the central bank decided to hold off until September. Many expect policy makers will unveil a larger program of stimulus beyond a single 10 bp rate cut at that meeting. Interestingly, despite the ECB’s concerns around low inflation Draghi added that he sees the risks of recession as “pretty low.” 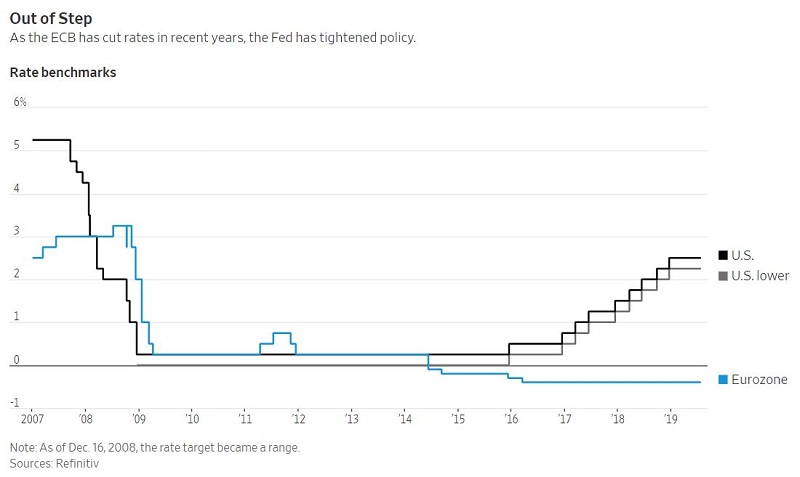 Treasury yields and swap rates rise across the curve in choppy session. Treasurys sold off as markets digested better-than-expected durable goods orders. Demand for long-lasting goods rose in June after falling for two straight months. That surprise, coupled with the ECB’s decision to leave policy rates unchanged, sent rates 3-5 basis points higher across the curve. Despite the recent optimism, Fed Funds futures are still pricing in a 100% likelihood of a rate cut next week, though the probability of a larger 50 bp cut is only 17.5% according to the market. 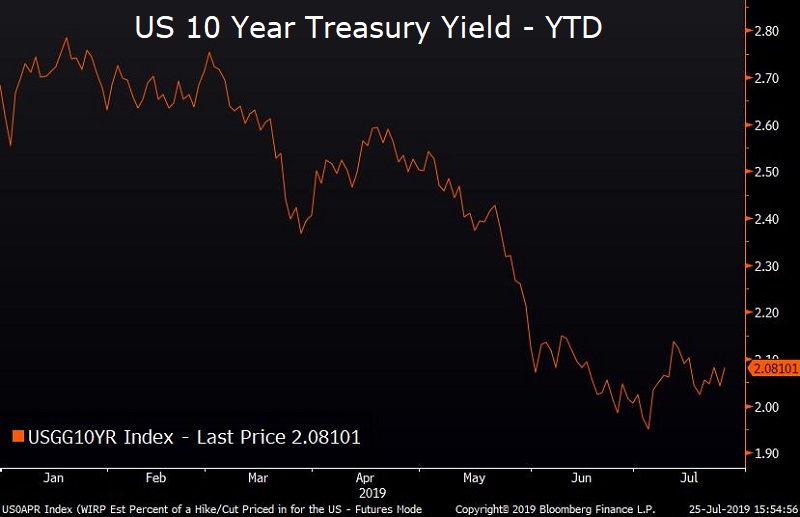 US equities fall as earnings disappoint. Airlines across the board posted underwhelming results as the effects of Boeing’s 737 Max groundings was felt in earnings. Delta, United and Southwest Airlines all fell with American Airlines falling as much as 8.4%. Other sectors were also affected by poor earnings as Facebook and Tesla declined 2% and 14% respectively. The VIX or “Fear Index” ticked moderately higher to 12.74. The S&P 500 closed down 0.53%, retreating from yesterday’s record high. 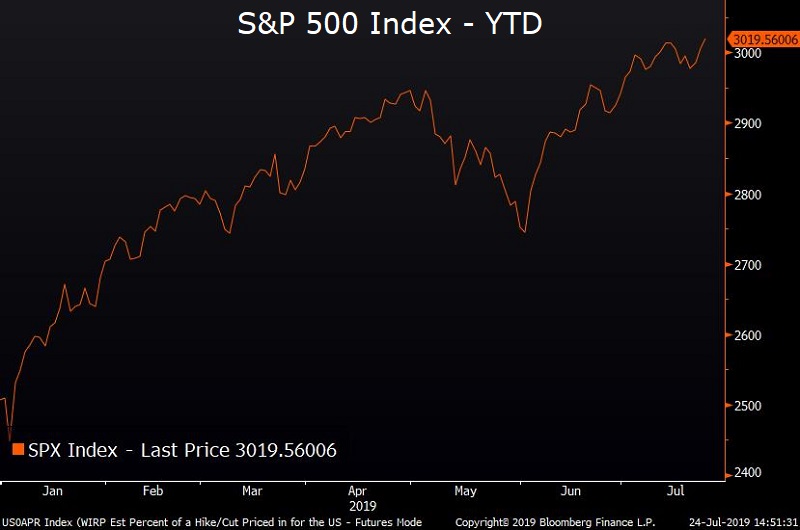