U.S. equities drift higher ahead of central bank meetings. Energy and real estate stocks led the S&P 500 to a 0.1% gain while the tech-heavy Nasdaq rose 0.6%. Financials and materials sectors were the laggards with both sectors falling nearly 1%. Trading activity was relatively light with volume for the S&P 500 21% below the preceding 20 day average, as investors remained on the sidelines ahead of Wednesday’s FOMC announcement. 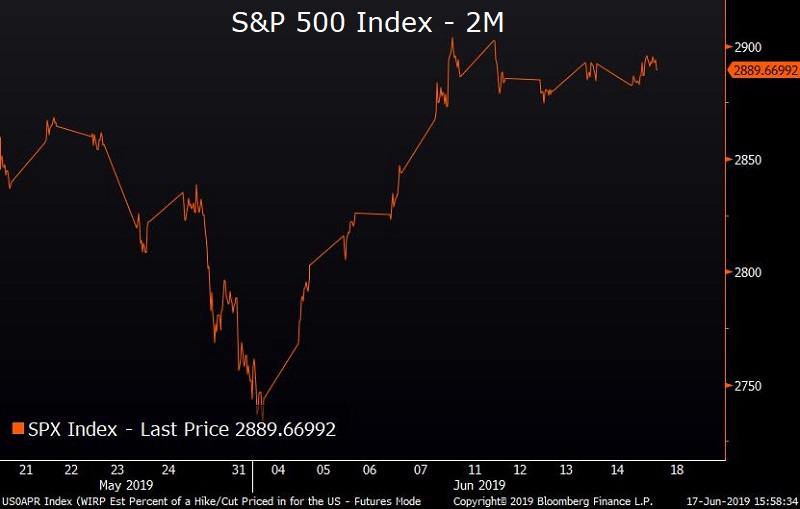 Treasurys sell off despite weak manufacturing data. Treasurys gave back some of last week’s gains as yields rose 3 basis points across the curve. Swap rates followed treasury yields 3-5 basis points higher as both curves flattened by ~ 2 basis points. The Empire Manufacturing Survey tumbled to a -8.6 reading–the biggest monthly contraction in activity in the survey’s history. The main event of the week will be Wednesday’s FOMC’s announcement. Currently, Fed funds futures markets assign only a 18.2% likelihood of rate cut this week, but that balloons up to an 82% likelihood at the July meeting. 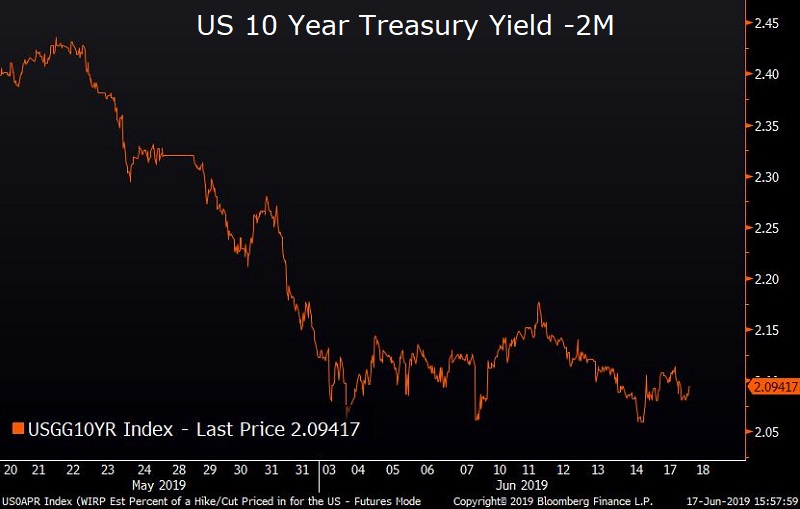 Federal Reserve is one of many central banks making rate decision this week. The FOMC’s rate announcement on Wednesday will kick of a deluge of rate decisions this week. The Bank of England and Bank of Japan will follow on Thursday, as will central banks in Thailand, the Philippines and Indonesia. The U.S. isn’t the only country leaning toward looser monetary policy, nearly every developed country in the world has either paused or is planning to cut policy rates. 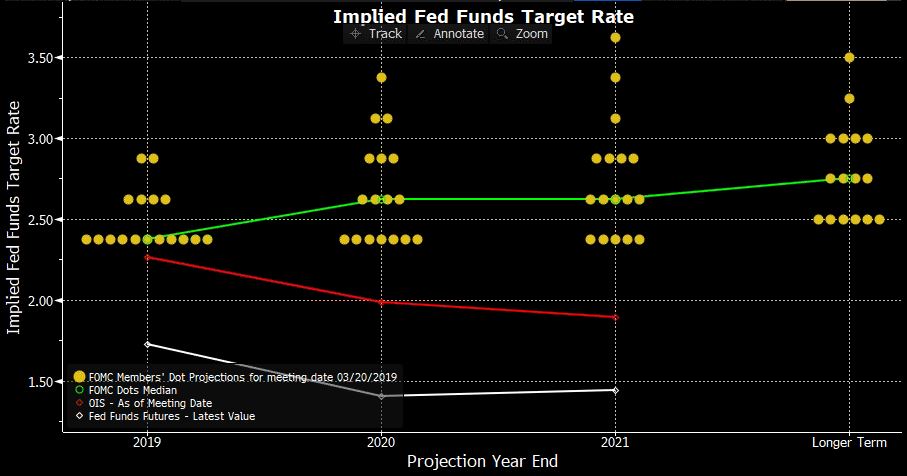