Mario Draghi kicks off fresh bond rally after suggesting additional stimulus may be needed. ECB President Mario Draghi said that the “lingering softness” in the European economy and depressed inflation may warrant additional rate cuts on the part of the ECB. Draghi is in the final four months of an eight year term but still wields significant influence over world financial markets which reacted strongly to his comments early this morning. German government debt yields fell to negative 0.32%. Global government bond yields followed Bund yields lower. Draghi’s words also drew a sharp rebuke from President Trump  who tweeted that in announcing stimulus, Draghi is “making it unfairly easier for [Europe] to complete against the USA.” 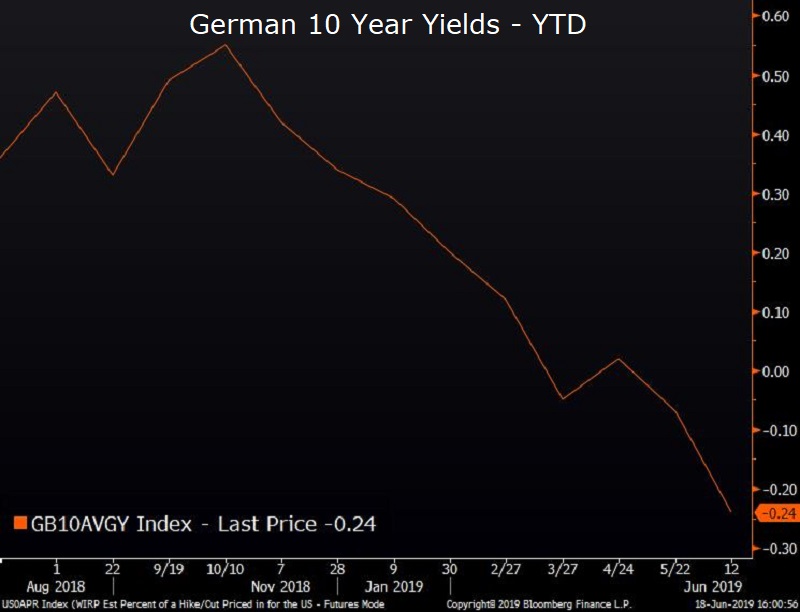 US Treasurys follow global bonds higher, sending yields to 2019 lows. The 10 year Treasury yield fell 3.3 basis points to 2.06%, the lowest level since mid-2017. The FOMC will make its rate announcement tomorrow. While Fed Funds Futures imply only a 23.7% likelihood of a rate cut tomorrow, the market has priced in over a 96% likelihood of a rate cut by 2019 and is projecting nearly 4 rate cuts by the end of 2020. Any significant deviation from the market’s dovish expectations could lead to some volatile price action after the Fed’s rate decision and subsequent press conference. 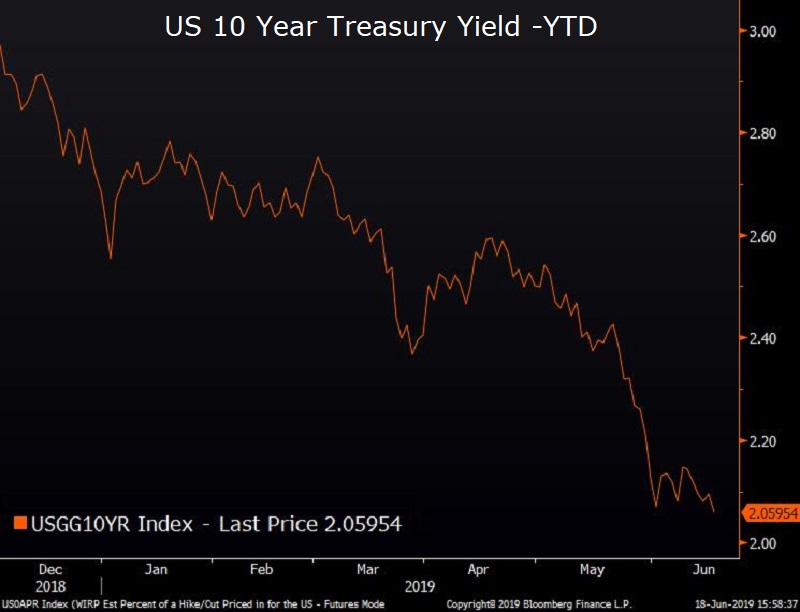 Facebook announces cryptocurrency venture in conjunction with Mastercard, PayPal, Uber and Spotify. The venture would create a new cryptocurrency called Libra, which would be a blockchain-based payment system backed by hard assets. Libra would be a “stablecoin” and in theory would be less volatile than traditional cryptocurrencies like Bitcoin. Bitcoin has quietly risen over 140% on the year though it remains below its 2017 highs. Facebook, Mastercard and PayPal all fell 0.15-1% on the day. 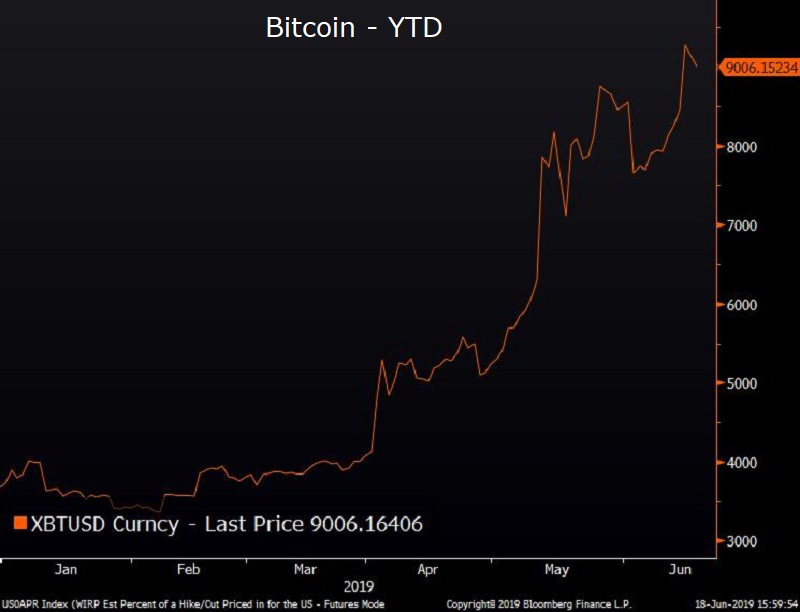