Treasury prices lower / rates rise amid a mixed bag of economic data releases. Industrial production was reported to have fallen 0.6% in January, well below the 0.1% increase forecast by economists. That data point was somewhat offset by a Consumer Sentiment figure that surprised to the upside, despite the negative media narrative around world economic growth and domestic political inertia. Rates were rangebound for most of the day, ultimately climbing ~2 basis points at the front end of the curve, with the 10 year Treasury yield up 1 bp to close at 2.663%. 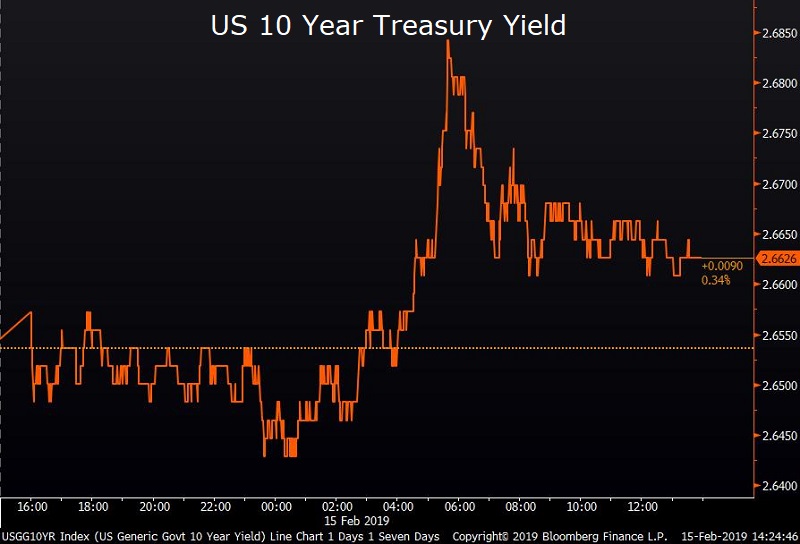 Atlanta Fed President Raphael Bostic conveys optimism, says Fed’s outlook for US growth is “still above trend.” Bostic went on to say that he expects the economy to grow at a 2.3-2.5% rate in 2019, despite the extremely weak December retail sales report yesterday and the weak manufacturing report today. Fed funds futures continue to price in no rate hikes or cuts by the Fed through the end of the year. 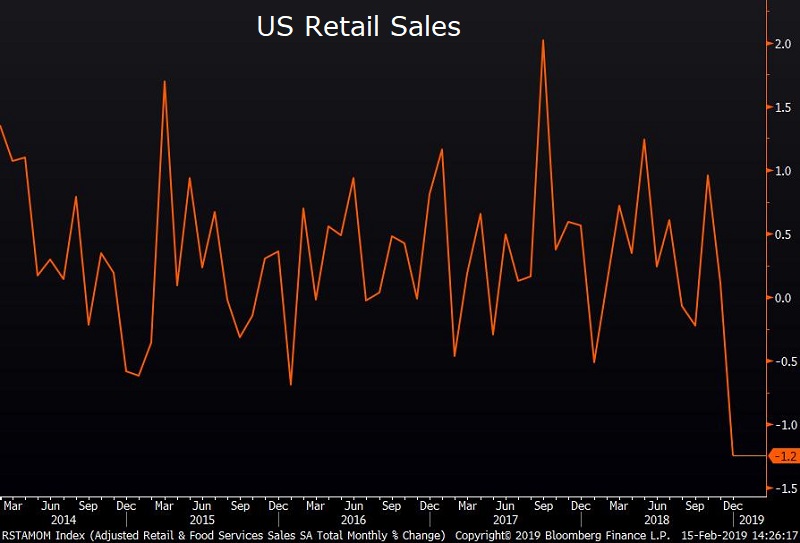 Trade talk continues to dominate the equity market narrative. Both the S&P 500 and the Dow Jones Industrial Average ended the week on a positive note as President Trump announced a delay to any new tariff increases on China. The major averages closed up 1.09% and 1.74% respectively, though the rally appears to be relatively unloved as speculators are net-short S&P 500 futures for the first time since 2016. 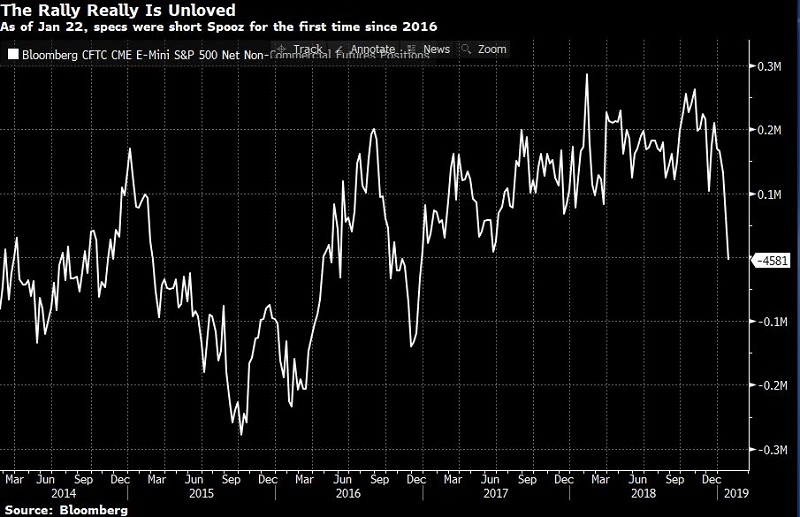 Week ahead. US markets will be closed on Monday for Presidents Day. During the shortened week investors will get a spate of US retailer earnings announcements which will be closely watched after the weak retail data released earlier this week. The FOMC’s meeting minutes will be released on Wednesday and will be dissected in search of any hints as to future changes to rate policy or pace of balance sheet reduction.