December retail sales dropped by most in 10 years, puzzling economists and sending rates lower. The 10 year Treasury yield fell as much as 6 basis points while investors and other market participants projected a more dovish Fed. By the end of the day rates had reversed some of their decline, with the 10 year treasury yield ending the day down 5 bps at 2.65%. Government retail data is known to be volatile, and some economists expressed their skepticism as to the validity of the unexpected retail sales data – pointing to the strength in labor markets and the outperformance of online retailers as evidence of a strong US consumer. The string of earnings announcements from retailers next week (including Walmart) will help investors determine if the weakness may be real. 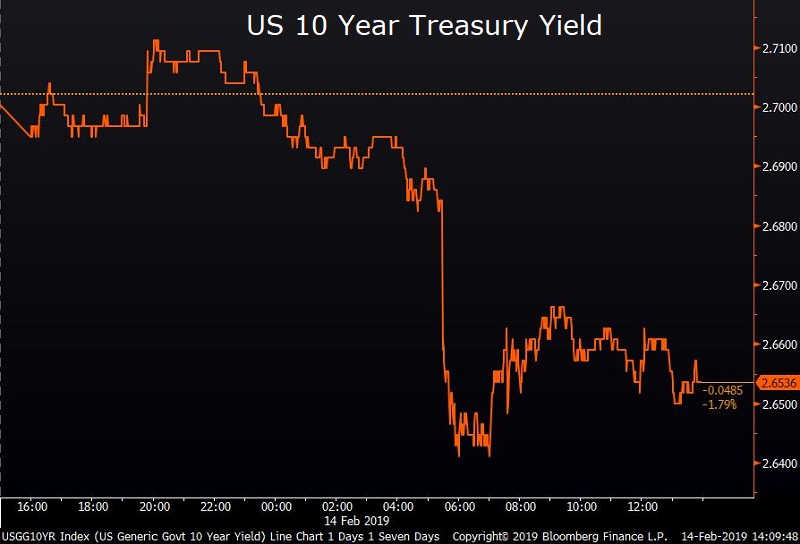 Threat of political gridlock back on as President Trump plans to declare a national emergency to divert funds for border security. Mitch McConnell made the last minute announcement as the Senate prepares to pass a spending bill that would avert another government shutdown. Democrats in Congress are expected to challenge Trump’s declaration, ending any détente markets may have hoped for following the passage of the bipartisan spending bill.

Amazon abandoning New York City HQ2 after continued resistance from local politicians. The tech giant announced the decision despite 70% of New Yorkers supporting the initiative that would have brought nearly 100,000 jobs to the area. Amazon’s stock was down ~1% on the day: 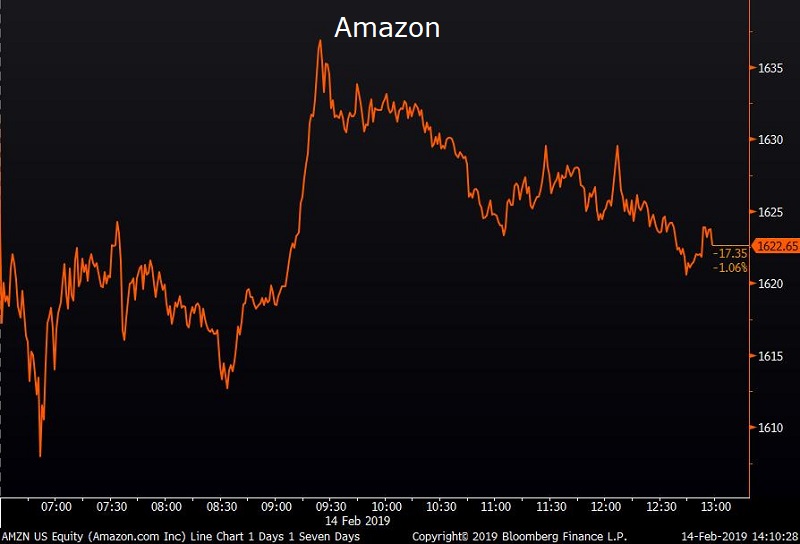 Risk of “hard Brexit” increases as UK Prime Minister Theresa May loses symbolic vote in Parliament. The UK Prime Minister lost by nearly 50 votes, highlighting how difficult it will be to pass a Brexit deal prior to the 03/29 deadline. The most likely outcome continues to be an extension of the deadline, but the risk of a “hard Brexit” or the departure of the UK from the EU without any sort of customs agreement is rising. The FTSE ended flat after a volatile session: 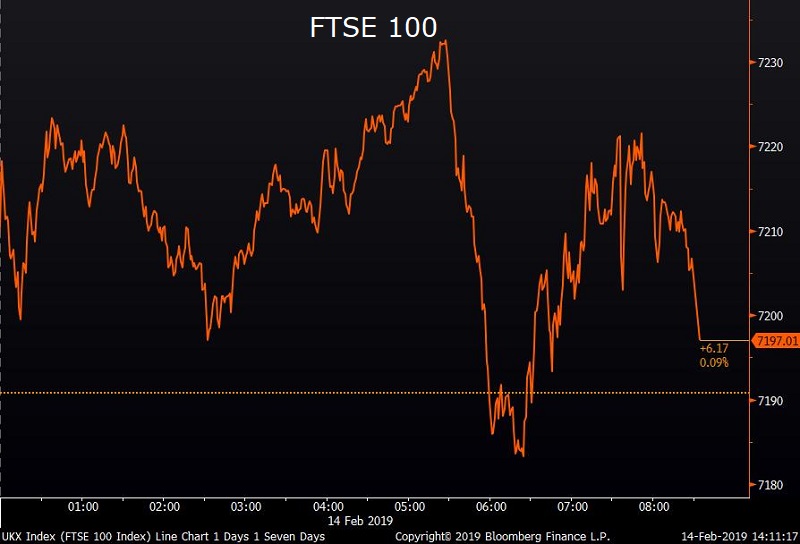