January CPI data shows inflation remains steady at a 2.2% annual rate, pushing Treasury yields and swap rates higher. Inflation came in right at surveyed levels, providing further support for the Fed to maintain rates at current levels. The short end of the curve displayed the largest reaction to the data, as the 3 year Treasury yield rose 3 basis points to close at 2.519%- its highest level since the first week of February. Despite the recent volatility in rates markets, the curve remains remarkably flat- the spread between 2 year and 10 year Treasury yields sitting at mere 16.75 bps. 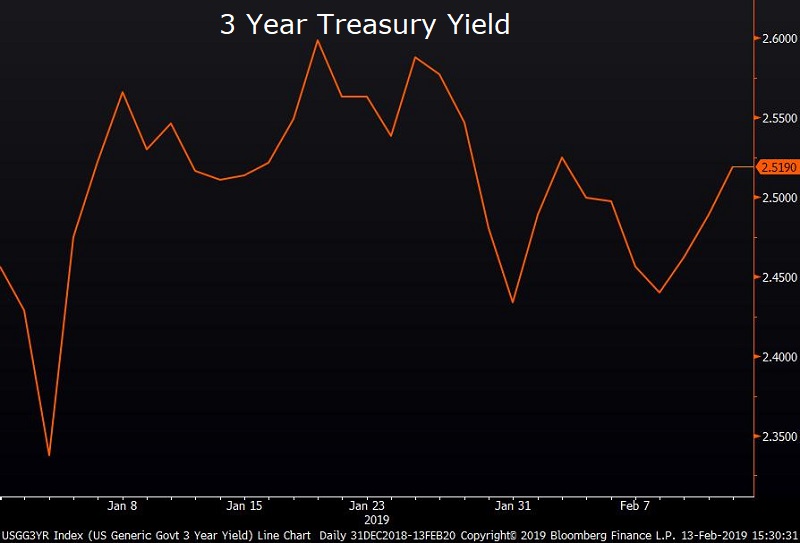 Federal Reserve Bank of New York reports that a record 7,000,000 Americans are 90 or more days delinquent on their auto loans. Car loans are closely watched as a leading indicator of credit issues with the US consumer. Today there are 1 million more borrowers are in delinquency on their car loans then there were in 2010 when unemployment was 6% higher at 10%. While there are implications for the broader economy, the auto loan market is only 10% of the size of the US mortgage market, and thusly poses a much smaller systemic threat. 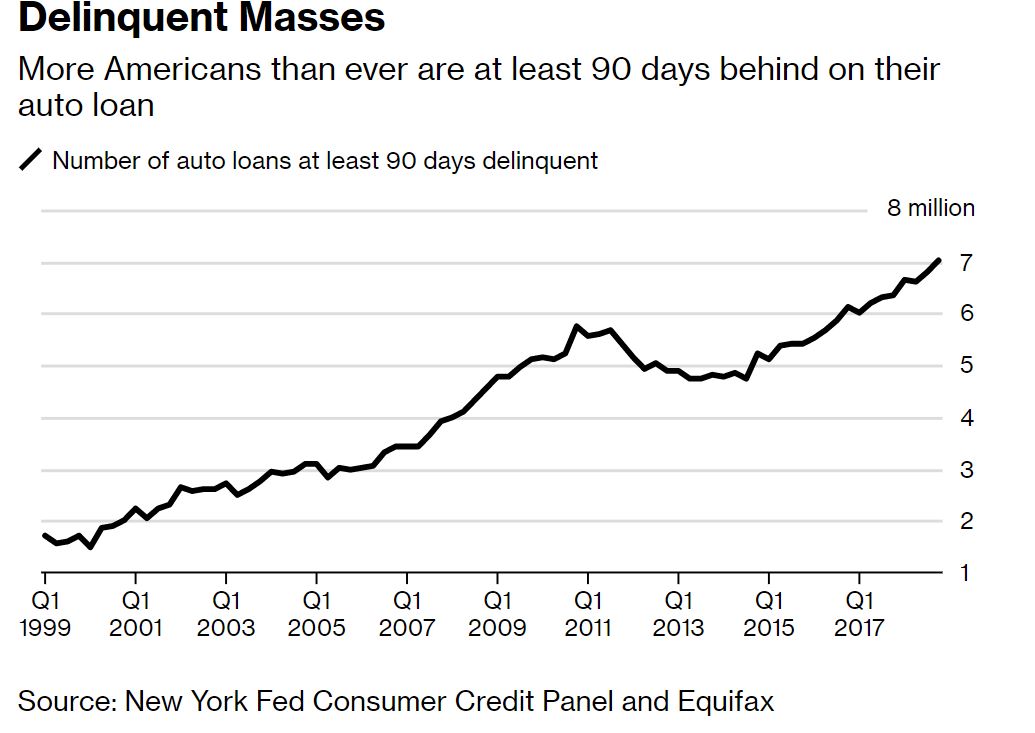 President Trump expected to sign border-security deal. The President will sign the agreement despite a border allocation of $1.38B that fell short of his demands. That agreement, coupled with further positive news out of the US-China trade talks pushed both the S&P 500 (0.30%) and the Dow Jones Industrial Average (0.46%) higher. Crude was also higher, buoyed after reports that OPEC will cut production further below 10 million barrels a day. 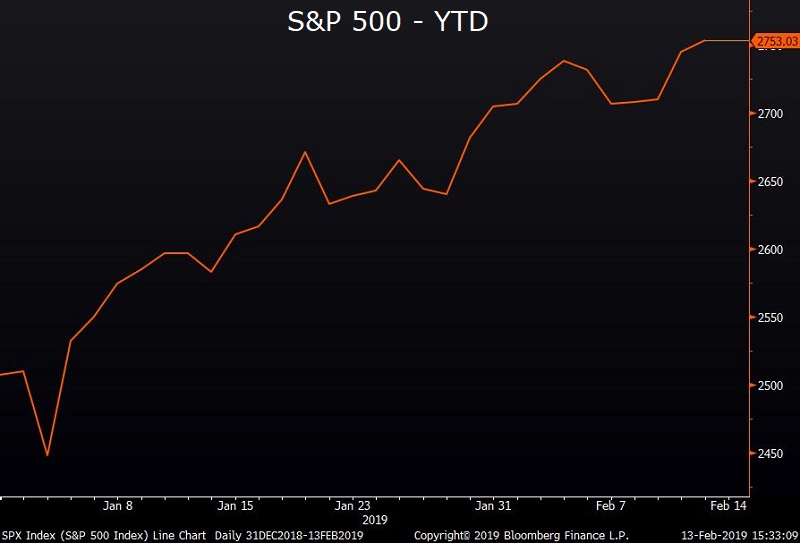